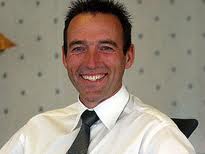 Reynolds, whose largely US and European based businesses include SIG, Reynolds Consumer Packaging, Evergreen, Closures, Pactiv Foodservice and Graham Packaging, had total liabilities of US$22.065 billion as of December 31, 2011. That exceeded its US$21.888 billion worth of assets, leaving an equity deficit of US$177 million. Of the liabilities, US$17.1 billion worth is borrowings.

In 2011 Hart bought the Pennsylvania-based Graham Packaging for US$4.5 billion and Canada's Dopaco for US$395 million. He bought the Illinois-based Pactiv, maker of hefty trash bags, for US$5.8 billion in November 2010.

"The six segments in which we operate have all been acquired through a series of transactions," Reynolds said.

"Our results of operations, financial position and cash flows are significantly impacted by the effects of these acquisitions which were financed primarily through borrowings, including transaction-related debt commitment fees and recurring interest costs. In addition, from time to time, we refinance our borrowings which also can have a significant impact on our results of operations."

The company's 334 page annual report shows the Luxembourg incorporated Reynolds, which Hart oversees from an office on Auckland's Quay Street, with annual revenue almost doubling to US$11.8 billion. It also shows annual financial expenses of US$1.4 billion. Of the US$21.888 billion in assets, US$12.5 billion stems from intangibles of which about half is goodwill.

The US$417 million 2011 loss from continuing activities compares with a loss of US$97 million in 2010. As of December 31, the company had cash on hand of US$445 million and US$152 million worth of short-term deposits.

A 36 page management presentation shows Reynolds, which has debt listed on the Irish Stock Exchange, with pro forma adjusted earnings before interest, tax, depreciation and amortisation of US$2.7 billion. 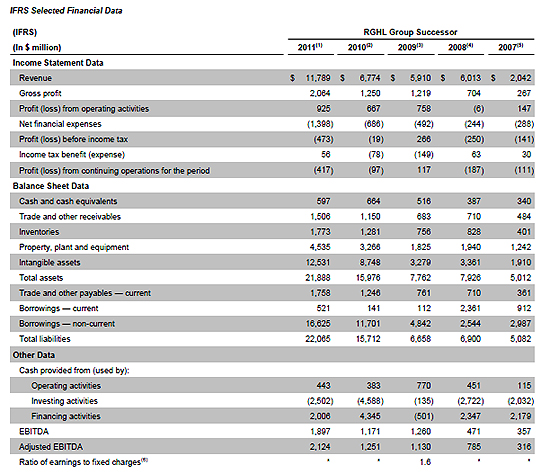 Of the businesses that make up Reynolds, SIG is the world’s second biggest maker (after Sweden's Tetra Laval) of aseptic beverage carton packaging that allows the likes of juice, milk, soups and sauces to be stored for extended periods without refrigeration. Reynolds Consumer Products is the dominant US maker of foil, wraps and bags used for food storage and preparation.

Closures is the leading global provider of plastic bottle caps used for soft drinks and bottled water. Then there's Evergreen, formed through Hart’s acquisition of the United States domiciled Evergreen Packaging and Blue Ridge Paper Products in 2007, and Pactiv.

The media shy Hart, who Forbes estimates is worth US$5.7 billion, started assembling his packaging empire after completing his NZ$3.3 billion Carter Holt Harvey acquisition and delisting that company from the New Zealand stock exchange in 2006.

$12b of intangibles? What a disaster.

Plenty of businesses are made up of intangible assets. Brands and goodwill and market positioning is what creates value. There isn't much value in plant machinery and factories that anyone can replicate. It's generally the intangibles that hold the real value. Look at the most valuable company in the world, Apple, it's pretty much all intangibles, doesn't mean it's not worth it's market value.

A couple of things we need to remember about Hart.  One is never write him off.  That's what most people did back when Burns Philp crashed and burned.  The second is don't buy a business off him.  Whitcoulls was a disaster and so is Goodman Fielder. Hart personally has probably taken  a large amount of cash off the table already.  A lot of the early packaging acquisitions (SIG / Carters etc) were made through Rank which he then on sold to the bond holders at a healthy gain you'd have to assume. And now as the packaging business groan under piles of debt, does Hart buy the debt for cents in the dollar, the bond holders lose out and he picks them back up for Rank.  Then onsells them to the market....

Ged,
Hart owns Rank Group 100%, he didn't sell any of the businesses to bond holders, he just issued bonds to fund the acquisitions. He is building a packaging empire, and having madeit through the GFC with his wealth intact, we would have to say its onwards and upwards for him from here.

It's packaging? With all due respect Apple and it's a fantastic brand, grew from nothing, unless it can keep reinventing new and improved products and technology could disappear just a quickly. We live in a fickle world. That is a scary looking balance sheet! Wherever I see intangibles that high with so little equity I would run a mile. Who audits RG? They have balls of steel! A couple of tweaks or slight changes in variables that make up the methodology for valuing the intangibles could wipe away the business in one stroke and I suspect GH ever present smile.

It is scary, but that's because it's geared to the eyeballs. Not be because of intangibles. The intangible assets are what generate the cash flow which services the debt.

I thought the selling of products/services generated the cashflow.  If all that cashflow is being sucked out to service the debt where's the return?

The return comes from cutting costs and creating additional business value and therefore equity. It's how all his deals have worked.

Your argument is circular. Take away the intangibles and what happens to gearing?

Nothing circular about it. Take away any assets and of course gearing goes up. But whose taking them away? On the contrary Hart will increase the value of those intangibles by cutting costs and therefore increasing profitability. It's all about cash generation, forget what is tangible or intangible.

The key line in the report is "debt fuelled acquisitions".
Is this just a giant leveraged game or a real wealth creating vehicle? The great thing about leverage is when you get it right (as Hart has done previously), you make a lot of money very quickly......but when it goes wrong....you're a wipeout (See T.Serepisos for details). That's why the type off asset valuation is so important (mark-to-market, historic cost etc).
Hart reminds me very much of Lord Hanson...buy 'em with loads of debt, strip out the costs, re-shape and sell....repeat the dose. Often these guys become unstuck when their love of the big deal (ego) causes them to swallow a whale, which then sinks the whole outfit.
I'd be interested to see how his $5.7b wealth is calculated.

Don't know why he doesn't issue some shares and get some equity on board. He could still control the company with 60 or 70 percent ownership.

One question that fascinates me is who will ultimately buy this business, assuming Hart follows his usual modus operandi, and when will the deal happen? Given the scale of Reynolds, and the fact Hart will have had it running on the smell of an oily rag thus not leaving great additional cost cutting options, will other private equity groups be queuing up?

FYI I have posted another story featuring some comments from Hart's CEO and CFO here - http://www.interest.co.nz/news/58688/businessdesk-graeme-harts-packaging...

Augusta if you take away intangibles then Hart would have to pump in $13b. How on earth can you just dismiss this as another line item on the BS?