BusinessDesk: Infratil increases dividend after reporting better than forecast profit
15th May 12, 11:03am
by BusinessDesk 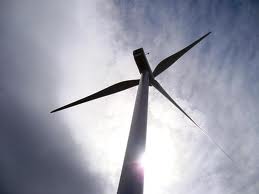 Earnings before interest, tax, depreciation, amortisation and unrealised changes in fair value (EBITDAF) rose to $520.2 million in the year ended March 31 from $470.9 million a year earlier, and beat guidance in March of $500 million, the Wellington-based company said in a statement.

"Infratil's strong current position and earnings momentum reflects how the group has prioritised capital to deliver disciplined growth in difficult commercial and financial markets," the company said. "Infratil's businesses are operating well and are well-placed to grow."

Last week, Infratil's biggest investment, TrustPower, lifted underlying profit 16 percent as it achieved wider margins on its power prices, even as it shed customers in a tight retail market.

Infratil's Glasgow Prestwick and Manston Airports contributed an after-tax loss of $37.4 million in the year. The airports’ operating loss widened to $11.9 million from $11.3 million, and the value of the assets was written down by $26 million, on top of the $34.4 million impairment charge in 2011. That puts their fair value at $64.7 million as at March 31, down from $92.7 million a year earlier.

The company flagged its intention to sell the airports at an investor day in March after holding the Glasgow airport since 2001 and the Kent Manston gateway since 2005. Both assets are expected to be sold this year.

Earlier this month, the Herald Scotland reported the number of passengers travelling through the Glasgow Prestwick airport slumped to a decade low after budget airline Ryanair reduced its services. The paper reported Infratil selected PricewaterhouseCoopers to undertake the sale and that talks were progressing positively.

The company spent $246 million on capital investment, which is expected to rise to between $240 million and $280 million in the 2013 financial year, before including TrustPower's SnowTown II initiative in Australia.

The shares were unchanged at $2.03 and have gained 8.5 percent this year.

Last week, Infratil's biggest investment, TrustPower, lifted underlying profit 16 percent as it achieved wider margins on its power prices, even as it shed customers in a tight retail market.

Hardly a glowing growth concern as indicated in the headline spin. More like a cash cow generator for the privileged few, generated from the sweat of ordinary NZer's paying through the nose for basics such as pertrol and home energy.

No kudos for arranging the patriation and partial nationalisation of an oil company then?
I thought that would get a fwe cheers from Left Wingers.

Morrison & Co Q: how so a manager should have a performance fee of 50% of the decline in net profit to shareholders, if any fee whatsoever.