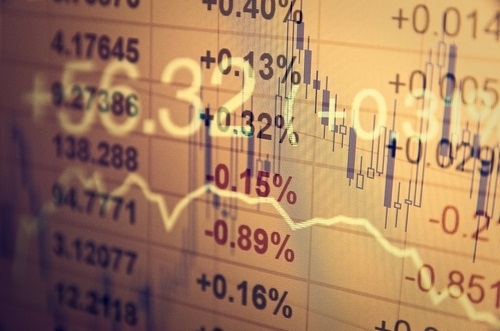 New Zealand government bonds underperformed global markets in November, even though the US Federal Reserve is on the cusp of raising rates while the RBNZ is expected to do the opposite in December. Yield movements were not especially large and essentially only took NZ government bonds from being mildly expensive to mildly cheap. The benchmark 10 year NZ Government Stock yield rose 0.24% to 3.54%, while short term rates were stable.

However, there were more interesting moves in parts of the credit market that are usually very stable. As discussed below, there were very distinct drivers of government bonds, interest rate swaps and corporate bonds in November.  This created some sharp changes in the relative pricing between these markets.

Supply was a key driver of price changes. In late October the Debt Management Office sold $2bln of a new April 2033 Government Stock issue. At 18 years to maturity, this is the longest dated fixed rate bond sold by the NZ Government since 40 year bonds were sold in the 1960s to finance the Auckland Harbour Bridge.

With long-dated bonds having greater price sensitivity to changes in interest rates, this was a significant amount of risk for the investor market to accommodate. To facilitate this, the market built in what is called a concession. In other words, higher yields were needed to entice buyers.

It usually works and this was no exception. This all happened in October. However in November global yields moved a little higher and some of the recent buyers looked to exit very recently acquired positions, but into a market already quite fully invested.

Meanwhile, global swap rates were moving in the opposite direction, and this flowed into New Zealand. Corporate bonds, which are priced as a spread above swap rates were initially well anchored by the stability in swap rates. This meant their spread to NZ Government Stock narrowed to the tightest levels seen for some time. However this was happening against a global backdrop of corporate margins widening.

As a result, we are seeing an extension of a familiar phenomenon, where the bonds of local issuers such as Spark, Fonterra, Transpower and Auckland Council trade more expensively (i.e. narrower credit spreads) in the domestic market than they do offshore. Recently this differential has increased.

The additional yield for buying a non-NZD bond, after hedging costs, ranges from 0.25% to 1.00%. Faced with this situation, local corporates naturally want to issue in the local market and benefit from the cheaper funding. This works to a point, with many local investors unable to access the non-NZD bonds.

However, most large institutional investors can also buy hedged non-NZD bonds and they are well aware of the pricing anomaly. When faced with the opportunity to buy a new bond deal in New Zealand, the larger and more influential investors will seek pricing that is closer to the levels seen offshore.

If issuers want to access those investors, some accommodation will occur. Institutional investors will not drive the pricing differential to zero. Hedging costs and liquidity issues are such that we expect a healthy yield gap to persist. 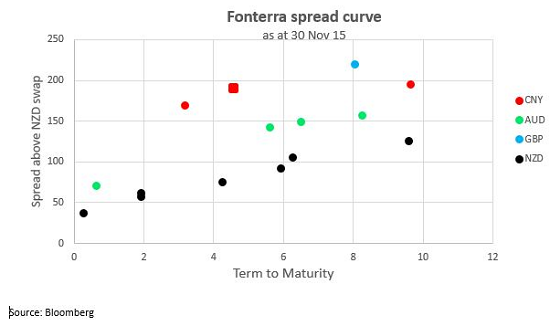 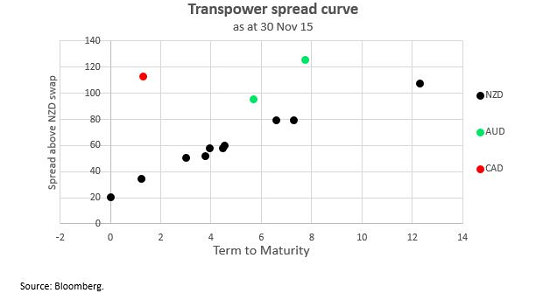 In November bond issuance was quite strong, as shown in Table 1 above. For some issues, such as the ASB Bank deal, pricing was set to attract institutional investors, while for others, attracting retail investors at tighter pricing was the objective. Smaller deals can typically fall into the latter category.

However it can also work for larger deals, as was the case with the BNZ deal. As a subordinate deal, a higher coupon is appropriate, and retail investors are certainly attracted by that. A healthy brokerage fee ensured intermediaries paid attention too.

Despite the pressure for credit spreads to widen relative to swap rates, they still contracted against government stock rates, because of the big outperformance in the swap rates.

The sector that did suffer to the same extent was LGFA, the entity that finances the bulk of the local authority sector. Again, supply was a factor here. LGFA is a fairly continuous issuer, as the local authorities borrowing requirements keep on increasing.

Much of the discussion above describes what can be seen as micro issues inside a well-diversified fixed interest portfolio.

However they do also illustrate the existence of different players and the interconnected nature of global credit markets.

This column does not constitute advice to any person.

...because of the big outperformance in the swap rates.

Is that it? The most interesting rate inversion development in fixed income trading since the inception of OTC derivatives is not encapsulated by "outperformance" - try harder.

Crikey, where are the arbitrageurs when you want them?

Could be wonderful opportunities in NZ corporate bonds in 6-9 months time perhaps?

This is a well written piece but I think it exposes a major flaw with NZ institutional investors mandates - i.e. the bias towards NZ domestic credit or anything that issues in NZD. Simply put, NZ is too small to provide appropriate diversification and liquidity for a credit investor. The net result, suboptimal returns and higher risk than necessary. NZ Insto's would be better served in offshore credit markets, appropriately hedged back into NZD.