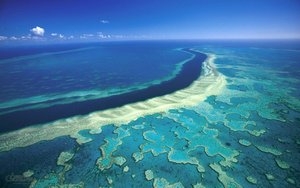 The New Zealand government’s financial position is like a ship “sailing towards a reasonably far off reef.” There is no reason yet to jump overboard and the government has time to keep sailing straight ahead as things stand. But do keep an eye on the ageing crew – if we wait too long before changing course, they might not be able to turn the tiller.

That was effectively the warning put forward by Treasury officials to MPs on Parliament’s Finance and Expenditure select committee Wednesday as they discussed the department’s long-term fiscal projections.

Treasury is required to publish statements on the government’s projected long-term fiscal position every four years – each has a horizon of at least 40 years out. The latest set was published in November 2016. They’re often met with a huge wave of scepticism – Shamubeel Eaqub has termed them dense waffle.

The good news is that the New Zealand government is in a very strong fiscal position, Treasury deputy secretary Struan Little told MPs. Net debt is forecast to fall to 18.8% of GDP in the 2020/21 year from 24.6% last year, he noted.

Meanwhile, Labour’s Michael Wood was interested in challenges facing Auckland. New Zealand’s largest city does not seem to be seeing the agglomeration benefits a city that size would expect, he put to Little.

There is no clear answer on why, but this was the case, Little replied. Auckland does appear to have lower productivity to similar cities elsewhere, he said. There were a range of complicated factors for this, he mentioned, although the conversation was not taken further.

The Green Party’s James Shaw was interested in a comment from Little that Treasury is looking for better information on New Zealand’s natural capital assets – something proving difficult to come by. Treasury could look to carry out a cost benefit analysis on different aspects of the country’s natural capital for example the state of New Zealand’s rivers.

Despite New Zealand being in a fairly good position, there are risks, Little warned said. The main one: New Zealand’s ageing population.

The latest statement, and the three previous publications, have all noted the risk of increased fiscal pressure from an ageing population. For example, NZ superannuation costs are expected to rise from 4.8% of GDP in 2015 to 6.3% in 2030, 7.2% in 2045 and 7.9% in 2060. The projections are based on an ‘historical spending patterns scenario’.

Treasury also provides alternative assumptions – the core projections are based on historical spending patterns after all. For example, forecast net migration into New Zealand is set at 12,000 per year over the long-term period “based on long-term historical trends”.

A higher net migration assumption of 25,000 per year would see net debt only hit 180% of GDP by 2060. “This is the net long-term effect of both higher GDP and hence taxes, but also higher government spending on education, healthcare, and NZS,” Treasury said in the document.

Lets slow down to a panic , the migrants coming here are way younger than our median age

Given the current growth in inward migration from Asia , and we are going to have 10 million people in 2 decades , the majority of whom will be young migrants from Asia .

Our PM may even be of Chinese descent , running a majority ethnic Chinese Government , much like Singapore .

More like Thailand than Singapore? Singapore is on a trading nexus we are expanding tourism.

Nothing at all wrong with a stable population in my view. Think of the savings in infrastructure costs. And they find Auckland is n't getting benefit from growing in size. I guess they will suggest trying to get bigger. Doh.

JESSICA Are we growing as fast as we should?

PAUL No, we’re not, but then all countries in the Western world are in decline, and we are what’s called premature ageing. So not only are we getting a lot more older people – that’s in size – but as a proportion of the population they’re growing because, of course, we’re seeing quite a few young people leave the country.

JESSICA Let’s talk a little bit about that population spread. Why are so many people moving to Auckland?

"Auckland does appear to have lower productivity to similar cities elsewhere, he said. There were a range of complicated factors for this...."
Haha. Complicated. I think not.
Could it be that some people in Ak are rather unmotivated?

Who has to worry about work when you make far more from the increasing valuation of your house? And if you haven't got a house you have little likelihood of doing so, so have nothing to look forward to, so why worry?

There is a far closer reef we should be worried about ...

"HSBC is the world’s sixth largest bank, holding assets of $2.67 trillion. So when they produce a research report for their clients, it would be wise to pay attention, and see what we can learn.
Among the report’s most shocking findings is that “81% of the world’s total liquids production is already in decline.”

Who says - Government finances are currently in a very strong position

How can anyone be comfortable with data issuing out of Government?

They can't even tell how many new-build-houses are "completed" in any year - like its only 30,000 odd - wouldn't keep 1 clerk busy full time counting them - but they don't - they cant - but they can trumpet how many consents are issued - many of which never see the light of day - witness large developments being cancelled

The ageing population wasn't a problem when all the infrastructure was built and paid for like 15 years ago.
The young generation had all that infrastructure as their inheritance, plus if the population wasn't growing housing would get cheaper. That would have been a great recipe for our young people.
Instead with high immigration the reality is wages are kept low, the price of houses and land goes up, and the country now has a huge deficit of needed infrastructure to be built and paid for.
Greed of the ageing population favors the population growth scenario as it makes their assets more valuable and they have wealth.
Locking the economy into a cycle of always needing population growth is doomed to failure as all resources are finite.
We have robbed our kids and grand children of their birthright to work hard and be prosperous. Instead they inherit work hard to survive.