If NZ rates stay low, demand for NZ Govt bonds will likely rise. If the decoupling extends it will mean that our rates won't rise like their international counterparts, says Westpac

If NZ rates stay low, demand for NZ Govt bonds will likely rise. If the decoupling extends it will mean that our rates won't rise like their international counterparts, says Westpac
18th Sep 18, 10:22am
by Guest 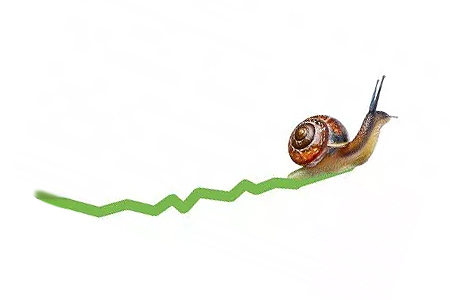 The correlation between long term NZ yields and long term US yields has weakened. One explanation is unsynchronised RBNZ and Fed cycles.

NZ term yields thus may not rise as much as previously expected.

Changes in NZ long-term yields have been closely correlated with changes in US long-term yields since the early 1990s (Chart 1*). However, during the past year, that relationship has weakened significantly. Since September 2017, the US 10yr treasury yield has risen by 70bp, while in contrast, the NZGB 2027 yield has fallen by 70bp.

Chart 1 - Relationship between NZ and US term yields

One result is that NZGB yields are now well below UST yields, to an extent unseen in modern history (Chart 2).

Why do they usually co-move?

This seems at odds with the observation that NZ long-term yields co-move with US long-term yields. The reconciliation here is that US and NZ monetary policy cycles are usually somewhat synchronised (Chart 3). This synchronisation occurs because economic growth in major countries such as the US affects growth in NZ. With that in mind, NZ markets will watch US markets for signals regarding interest rate direction and magnitude.

An explanation for the decoupling

Chart 4 - NZ 10yr sensitivity to US has fallen sharply

This should attract global NZGB investors. The likelihood that NZ yields won’t rise as much as global counterparts means that NZGBs are likely to outperform (as they have done for the past year).

While NZGB yields are now well below UST yields at all points on the yield curve, at the long end they are less so (Chart 6). Thus, bond investors (and swap receivers) may see better opportunities at the longer end of the curve.

In turn, this means that there is only modest steepening potential for the NZ yield curve. For the 2-10yr swap curve slope, we would expect a 80bp-100bp range to hold for the remainder of 2018.

* prior to 1990 the relationship was much weaker - there was very high inflation in NZ, which gave rise to the RBNZ’s inflation-targeting regimes.

** a term premium is not direct observable, but can be estimated. It is usually the smaller component of the total yield. For example, it is currently estimated at -0.50% for a 10yr UST bond yielding 3.00%.

Imre Speizer is the senior market strategist in the economics team at Westpac NZ. This article was originally published here, and is reposted with permission.

Ah Westpac, how can we help you? Would a cut in the official cash rate be useful?

This is the first occasion that I have experienced NZ OCR to be lower than US Fed for an extended period.
Whilst NZ Banks are reliant less on foreign funding sources than for much of the GFC, it is still reasonably high (about 25%??).
I remain unsure as to what the medium term (2 to 3 plus years) consequences will be for NZ mortgage rates.
At the moment, the only feeling I get is that there is a collective sigh of relief whenever there is news that the OCR and mortgage rates are likely to be remain low in the short term at least.
Given the high level of those with large mortgages (espec FHB), I am a little concerned that we have have a little time bomb ticking away albeit it currently with a delayed fused. I suspect that many of those with with high mortgages are currently quite complacent, and especially so those still on interest only mortgages.
While we think that the housing market and economy are currently relatively (note - "relatively") OK and see risks as largely likely be due to external events, any increase in either the OCR, or bank funding difficulties, or mortgage rates have the potential for some domestic carnage.
RBNZ are ensuring banks can with stand such a situation, however, there seems little concern about individuals to weather the likely storm.
If I currently had a mortgage, I would be looking to pay down as quickly as possible while the good times continue. But there again, I'm just prudent.

I believe David Chaston posted a few months back that NZ banks' reliance on foreign funding was only 16% and that this %age is decreasing as NZ deposits are on the up. You make good points though.

That's currently the position Yvil and the banks are reasonably well covered by deposits. I'm one of those depositors and while the gap on interest here has made that worth while over the last few years, I have already moved some funds off-shore, where the interest is not as good but on the assumption that the NZ dollar will continue to weaken and produce greater gains when converted back again. I may be right or wrong on that assumption, but I doubt if I'm the only depositor who has the ability to move cash around if the weather looks better elsewhere. If larger holdings than mine were to consider doing the same then the deposit ratio could adjust quite quickly. We saw a lot of that happening in the UK when Cyprus, Greece and Ireland looked shaky depositors moved cash back to the UK, even though the rates were abysmal, better to take a lower return than a haircut - which is a risk that the OBR leaves a NZ depositor open to.

Thanks for that Yvil
It is interesting that the %age of NZ deposits are on the up - possibly not attracting foreign money due to low interest rates.
Talking to some fellow retirees the other day; growing disappointment at interest rates on Term Deposits / Cash Funds so looking more to funds with exposure to equities market. No doubt the relatively high numbers in KiiwSaver default / cash funds is providing some support.