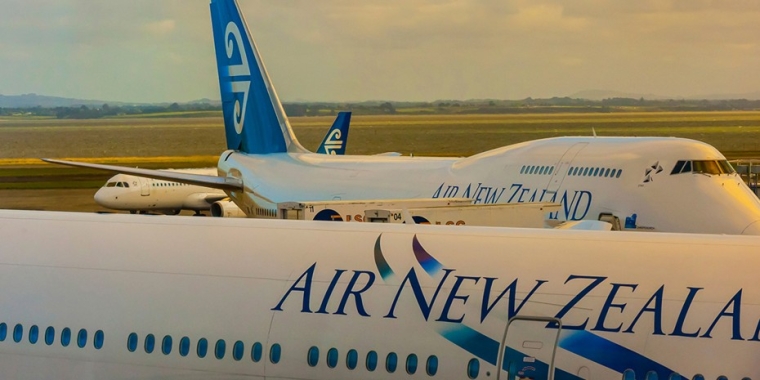 Air New Zealand has announced that Greg Foran, a New Zealander who is currently President and Chief Executive Officer of Walmart US, will become its CEO during the first quarter of 2020.

Air New Zealand’s Board of Directors has appointed Greg Foran as the airline’s next Chief Executive Officer.

Greg is currently President and Chief Executive Officer of Walmart U.S. He is responsible for the strategic direction and performance of the company’s 4,600 stores and more than 1 million staff. Last year Walmart U.S. served more than 160 million customers a week and had revenues of US$307 billion. It is part of the world’s largest company by revenues, Walmart Inc, which had global revenues of more than US$500 billion last year.

Greg took up his current role in 2014 and led a transformation of the business based around Walmart’s principles of Every Day Low Costs and Every Day Low Price. As a result, Walmart U.S. has achieved multiple, consecutive quarters of sales growth over the past several years. He joined Walmart International in 2011 where he served in a number of capacities, including as President and Chief Executive Officer of Walmart China up until he assumed his current role. Before joining Walmart, Greg held a number of positions with Woolworths in Australia.

Air New Zealand Chairman Dame Therese Walsh says Greg, who grew up in Hastings and Hamilton, will be an outstanding leader of the airline.

“We are thrilled to have attracted a world class Kiwi back home. Greg has an impeccable track record in delivering strong commercial performance, outstanding customer focus and in building teams that can take a business to the next level,” Dame Therese says.

Greg says he is privileged to have been given the opportunity to grow an iconic and critical New Zealand company and brand on the global stage.

“I am an incredibly proud Kiwi and to be given the job of nurturing and building on the legacy of an iconic company that represents the best of our nation at home and around the world really excites me. Air New Zealand is deservedly recognised as one of the world’s great airlines and I look forward to working alongside its people to take it to the next level.

Air New Zealanders have an absolute love and passion for the business and their level of customer focus and care is one of the airline’s competitive advantages that I look forward to building on,” he says.

“Air New Zealand is immensely important across many spectrums, from not just timely and convenient travel but also to tourism and the environment, community support and innovation, to name but a few. I want Air New Zealand to continue to be at the forefront of its industry across the world and to deliver strong commercial results in the process.”

Greg will take up the position of Chief Executive Officer in the first quarter of 2020.

Will be interesting to see what strategy he employs for airnz. Running a relatively small airline is a very different beast to a big box, low cost retailer.
Best of luck to him

yes running something that is all about the lowest price and not service,
to a service orientated enterprise that pays bonuses to ordinary staff for good service ,
it will be interesting to watch
air NZ staff the good days are over

Yep, simplistically, Walmart relies on huge turnover on very low margins. Air NZ could scarcely be more different. It is the culture & attitude that counts. Ralph Norris found to his dismay, when he arrived, AirNZ was all about flying aeroplanes not passengers. Recent personal experiences evidence to me that that attitude is resurgent. If the new CEO is a disciple of throughput, economies of scale, and of that school, then don’t expect any improvement in personal service, more likely, the opposite.

This basically echoes the concerns I've heard voiced by Air NZ staff about the idea of Chris Luxon wanting to run for PM. (Vs the days of Fyfe running Air NZ.)

Exactly right we had a constant battle with Luxon when I was there. Always trying to reduce our t’s & c’s. Thank God for the NZALPA. Luxon as PM would be an absolute disaster for NZ.

Big move to go from a US$11.5 million pay pack to whatever Air NZ is going to pay?

Which means he could screw it up completely. Utterly wreck our National Airline and go back to where he came from and be just another rich prick, without needing a job. I hope not.

Yes that is a worry. Our National airline true enough but it seems to be forgotten that AirNZ went bust and is only now exists courtesy of a tax payer funded bailout. My impression at the time was that the majority of the staff soon forgot that and it has stayed that way. It’s a great job isn’t it, would be even better but for the passengers.

it going bust was caused by the then leadership, not the rest of the staff. The leadership, trying to break into Aussie had bought Ansett without doing proper due diligence to learn that the airline was going bust. They sunk boatloads of money into it and were not able to rescue a lost cause that they should have known about. ANZ though was a solid prospect with a very good international reputation and world recognised engineering standards. The engineering is largely gone now, and the rest speaks for itself.

I can take you back to when they were still flying Lockheed Electra’s. Then came the DC8s, then the DC10s. At that point it seemed cabin crew ordained themselves as jet setters and on a social status much loftier than any one passenger. I did a lot of international travel and contracted much air freight. I had pleasure in informing one particular purser that he had just cost his company the air freight business. Since that incident I steadfastly avoided AirNZ internationally whenever possible. That’s just me and my opinion from experience but the reports of bullying of hostesses, looking up skirts etc, did not surprise me one little bit. You are absolutely right it is all about culture & attitude but you will never get that right if you carry on like a big fish in a little pond.

Air NZ is not even good at producing safety videos, let alone giving good service to passengers. The staff are very haughty and always think they are doing a favour to the customers by allowing them to fly on their planes. The top seems to be disconnected with the ground reality (pun intended) and and are looking for a good revolving door syndrome. Foran has to battle hard to bring a turn around in attitude first, then look to serve New Zealand as a National carrier should. Connect the dots and make flying pleasant and worth the money charged.

What absolute rubbish! Air NZ is a 5 star airline it’s a Kiwi icon and we should all be proud of it. I’d fly them over anyone else any day.

Or perhaps he wants to spend a bit more time in gods own and a somewhat (relatively) less stressful position. I can imagine the pressure of quarterly reporting to Wall Street for a business with revenues of US$300B in a cut throat market will be somewhat different to the odd analyst phoning up to enquire about how many people have flown to aus for a holiday in the last year.

I imagine suppliers of Air NZ will be hoping that the Walmart approach to treatment of suppliers does not also make its way here.

Here's hoping he fixes what Luxon did to the airline by stripping all the value out of the experience...as a frequent International flyer I believe their product has dropped off dramatically...last couple of trips in Prem Economy were dreadful. Very intermittent in-flight service, inability to seat select etc on some flights, split up from family etc etc....

Luxon is on board the National bus. Simon's bridge is being burned. Key has been given to Luxon.
Foran returns to NZ at the right time. The Old Boys here should be very happy.

stats nz wil clock him in as elderly migrant,.media will fawn over him as successful business guru with million dollar salary and the rest of us will hope he doesnt turn out to be an expensive dud like so many others have.