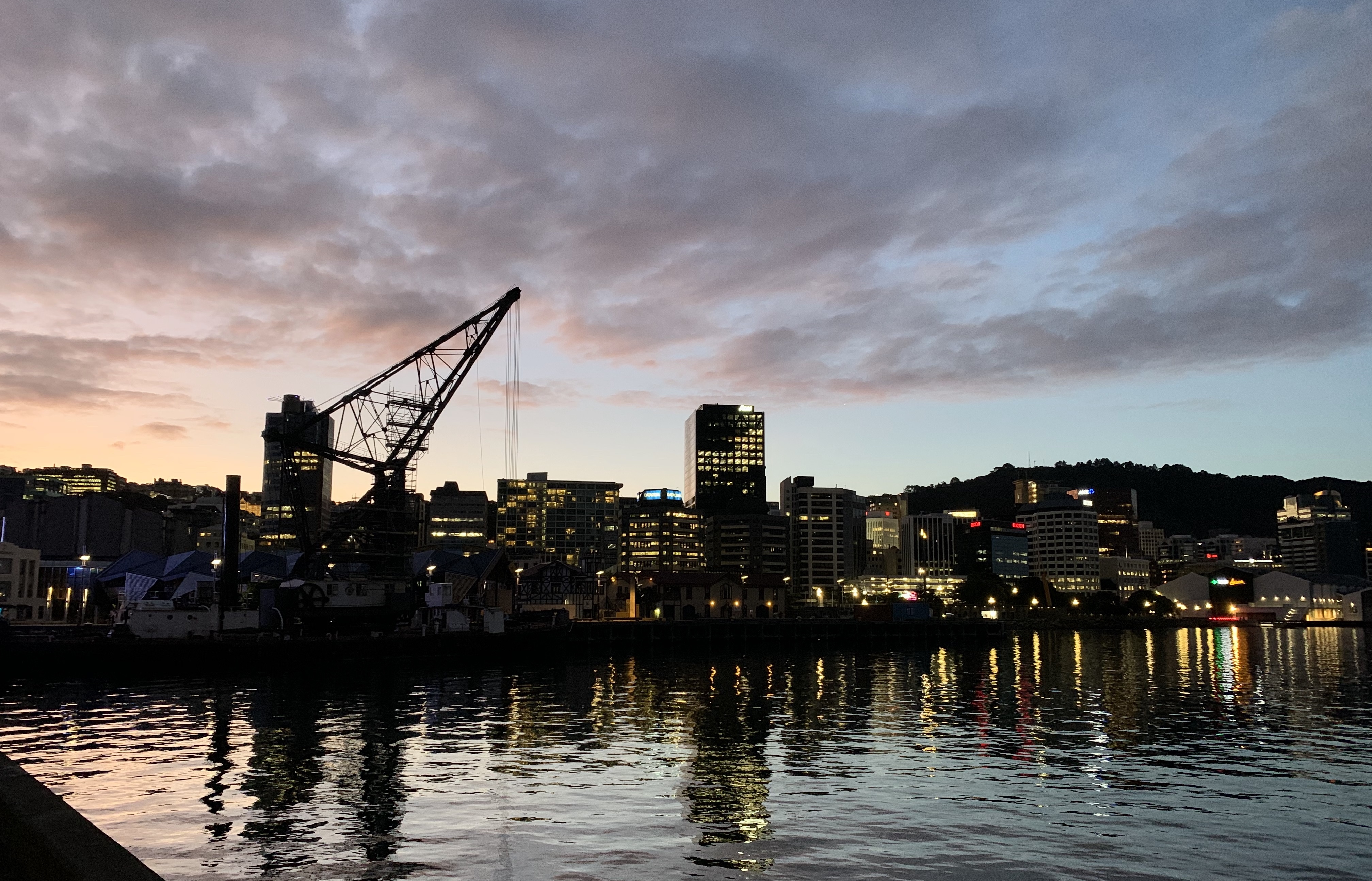 The Government has committed to temporarily changing the Companies Act to help firms facing insolvency due to the impact of COVID-19 remain viable.

The changes will include:

- Giving directors of companies facing significant liquidity problems because of COVID-19 a ‘safe harbour’ from insolvency duties under the Companies Act,

- enabling businesses affected by COVID-19 to place existing debts into hibernation until they are able to start trading normally again,

- allowing the use of electronic signatures where necessary due to COVID-19 restrictions,

- giving the Registrar of Companies the power to temporarily extend deadlines imposed on companies, incorporated societies, charitable trusts and other entities under legislation, and

- giving temporary relief for entities that are unable to comply with requirements in their constitutions or rules because of COVID-19.

Finance Minister Grant Robertson said a bill is yet to be drafted. While it can only be passed once Parliament resumes sitting on April 28, the law will be retrospective.

“These measures will support the Government’s work to cushion the economic impact for New Zealand and to support businesses and protect jobs and incomes,” Robertson said.

“We are announcing these decisions now to give businesses certainty that these measures are being worked through. We will be asking Parliament to agree to make some of these changes retrospective.

“While they will help increase certainty and provide practical assistance to business owners and directors, the changes must not be seen as a workaround for obligations to creditors and the responsibility of directors to act in good faith.

“I want to emphasise that these changes will not mean that directors are free to disregard the consequences of their actions for the next six months. Other protections in the Companies Act, such as those addressing serious breaches of the duty to act in good faith and punishing those who dishonestly incur debts, will remain in place."

“We know that, whether real or perceived, the threat of a director being held personally liable for a company’s solvency problems will likely make them inclined to advise closing down a business,” he said.

“A ‘safe harbour’ will help them keep trading, rather than prematurely closing up, which will minimise disruption to the economy as much as possible."

The proposed move to place existing debts into hibernation, to be known as a Business Debt Hibernation (BDH), would only happen with the agreement of 50% of a business’s creditors.

“Going into a Business Debt Hibernation will give businesses the space to talk to their creditors about prioritising paying some debts, and deferring others for six months,” Robertson said.

“It is inevitable that some businesses are going to have to go into liquidation. However these measures provide an accessible and pragmatic means of helping some businesses to weather the storm in a way that does as little harm as possible to creditors’ interests."

Robertson urged businesses to talk to their creditors and banks, and also reminded them that the Government had a Wage Subsidy scheme in place as well as a Business Finance Guarantee Scheme, which can offer loans up to $500,000 over three years.

So does that mean companies can trade while insolvent? Isn’t that what Jenny Shipley got prosecuted for?

Most of the companies that might use the provisions aren't trading - that's the problem. Seems to be more of a business disruption measure, or in other words, in the event they look like they might become insolvent as a result of business disruption.

My understanding with Mainzeal was that they continued trading while insolvent.

Everyone should have gone into hibernation for the four week lockdown.

I thought exactly the same. Why could not something like this had been done ? I must be missing something.

Obviously the lenders then go to the state hat in hand. The state will take out more debt and drive interest rates down with QE to keep the lenders afloat.

I think we're all aware there are no free lunches. The next generation will pay for this. I recall a recent Thiel interview where he was asked about China's birthrate. His response: "how could you justify bringing a child into such a terrible society?"

I want to have my first child soon. But how can I justify bringing a child into the world to be a debt slave to the NZ state, toiling for the profligacy of previous generations. It ain't right.

When you hold them in your arms for the first time; look into a face so dependent upon you and wonder why tears are inexplicable steaming down your face - you'll know why.

Could be popular choice for highly leveraged property investers.

This is being touted as 'companies act' changes, but surely the Business Debt Hibernation provisions should apply to sole traders, partnerships and trading trusts?

Any one know if this is clarified somewhere? The wording using 'Business' seems to infer a much wider inference.

Don't have further details sorry. The legislation is yet to be drafted.

I thought, like you, that it is directed at limited liability companies.

Don't sole traders/partnerships have an 80% of income guarantee, provided they can show a 30% or above disruption to business?

Tell you what, I assume this will be a tough time on participants in the cash economy and those employing other income-minimization techniques.

I can see the merit in the safe-harbour provision for Directors... they still need to keep abreast of the Company's affairs and ensure they are not recklessly trading... you would think the mere exposure and damage to reputation would be enough of a deterrent for most!

I'd be interested to know the details of the Debt Holiday provision... could be a real absolute night-mare for creditors who also need income and could be exposed to further loss due off principal repayment.

Yep, in all my past directorships this would have been a welcome announcement.

I think back on a recruitment consultancy business I used to own, and would likely have been okay to pay creditors based on no income for at least 2-3 months provided my own debtors paid their bills on time (and based on no directors fees/profits being taken on those accounts receivable). So yes, that Debt Holiday provision becomes a bit of a merry-go-round.

We're still kicking the cans down the road. There's fruit cans & beer cans, baby food cans & milk cans of all sorts & sizes. Then there's the can of worms which can be quite cruel for the worms, council cans with nothing in them, the sports cans, which are full of angry sports fans & the media cans, you can't miss them, you can hear them before you can see them. Oh, I forgot, the business cans, you know, the ones running out of money & of course the central government cans, you can't miss them, they are full of dopey people doing f.......l.

Talked to a mate (with appropriate separation) at the beach today. He said that a couple of his older acquaintances - tradies, I think- are simply gonna take whatever munny the Gubmint dishes out, fold their businesses and retire. They've had a taste of retirement and quite like it.

So one aspect of the Great Restart (currently furiously being planned for by people who, for the most part, have never run a real business in their lives) will be that the pool of surviving businesses will be much, much smaller.

And a younger generation is possibly not very much inclined to go all entrepreneurial, bet the house on a start-up, and plunge right in....

Yes, I think we could lose quite a few older (65+) sole traders. A lot of them have good little niche businesses and they'll want to offload plant and equipment - which makes for a good time for younger folks to be able to get the second hand gear at good prices.

One of our sons would go contracting tomorrow if the capital he required to get into a business was a bit less than costs for new.

If there is mass unemployment I think all 60+ people who don't really have to have a job should give them to younger people. As long as we still get superannuation at 65.

Younger generation are rent slaves so don't own houses to bet on, which is pretty much all banks are inclined to lend on. Hence why I have said time and again that the housing crisis is causing long term productivity issues, driving even more political and economic pain.

You have to remember people like Sam Morgan got loans from rich parents to start their businesses. Hmmm... what about arguably NZ's best, most highly productive company for the last 15 years? Oh, Xero was funded by Rod Drury who had luckily recently sold aftermail to fund it.

To make a highly productive economy involves taking risks and having backing. With houses being in the hands of an older conservative generation, we have locked capital out of productive investment. Without this change, NZ will continue to go backwards.

Exactly right. We need innovation, we need investment in new productive activities and in productivity improvements. We need flexible courageous entrepreneurs who take risks. We do not need the majority of resources being immobilized in housing speculation. NZ will never grow its wealth if we just keep selling houses to each other at ever-increasing prices - this is a fool's paradise.

More propping up of potential zombie companies! WHEEEEE!!! Money for everyone!

Does anyone know how hard it is to get creditors to agree to this .
The Voluntary Administration regime has been a total failure since its was passed into law in 2007/8 because of the IRD and banks refusal to vote in favor of DOCAs