Alison Brook finds that even though getting a job in a recession is tough, the impacts linger long after the recession fades and that active public measures are needed to counter these effects

Alison Brook finds that even though getting a job in a recession is tough, the impacts linger long after the recession fades and that active public measures are needed to counter these effects 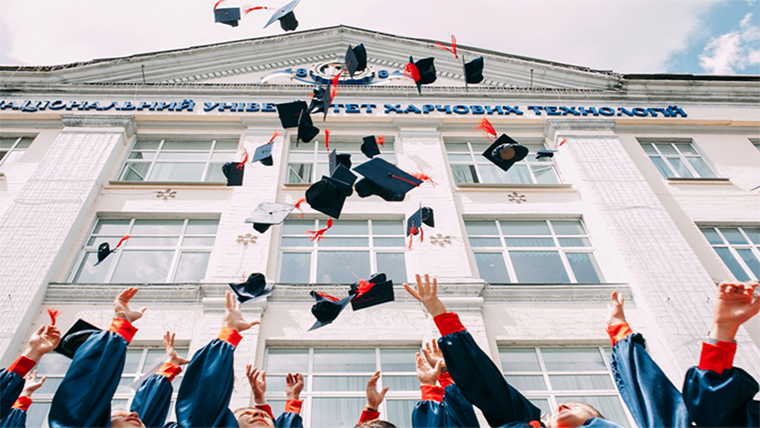 Photo by Vasily Koloda on Unsplash

There are encouraging predictions that New Zealand will bounce back relatively quickly from its COVID-induced recession in terms of economic growth. However, we know from previous recessions that while economic activity may rebound it can take many years for the job market to fully recover.

Treasury is predicting unemployment will rise to 9.6% this year, which takes it to levels not seen since the late 1980s. While many experienced workers who lose jobs will be able to re-enter the workforce over time, the situation is more tenuous for young people who graduate during recessions.

All of this is not good news for the generation that is also likely to carry the burden of paying back unprecedented levels of public debt.

Recessions have long-lasting impacts on the job market and the current recession will have more of an impact on industries directly affected by border closures. New Zealand’s most recent recession prior to 2020 was the global financial crisis of 2008/09. In that case, it took a decade for unemployment to fall to levels seen before the GFC:

The GFC had an even more dramatic effect on youth unemployment which rose from 10% to almost 18% in the five years that followed. But how long-lasting is the effect for those unfortunate enough to reach working age during a major recession?

Lasting career effects on the class of 2020

Those who graduate during a recession are less likely to get a job utilising their degree and as a result, they tend to make less money in the early part of their career. These losses  gradually recede, but it takes a long time. According to a large-scale study of Canadian graduates from 1976-95, the initial losses halve within the first five years but don’t completely disappear until ten years post-graduation. These first ten years of work are crucial as this is when most people experience 70% of their overall wage growth and have the most job mobility.

Young people are also more likely to lose their job during a downturn. Multiple studies have shown that younger workers are more likely to be let go by employers and their unemployment persists long after the crisis passes. In Australia, the single largest group hit by unemployment since COVID-19 is the under 25s with one in four young Australians now out of work according to Indeed’s chief economist Callam Pickering. And for some of those early-career workers, this is their second bout of bad luck in just over a decade. As McKinsey Global Institute points out “the generation that first entered the job market in the aftermath of the Great Recession is now going through its second ‘once-in-a-lifetime’ downturn.”

The social impacts of failing to find a suitable job post-study are immense. Young people tend to be slower to meet the usual milestones of adulthood: living independently, finding stable employment and starting a family. For those who are unable to find stable employment, there is also a risk that they lose heart and drop out of the job market altogether, amounting to a waste of human and economic potential. The financial implications for the country are high, with a 2013 report from the Sustainable Business Council estimating the cost of a young person not in education or employment (the so-called “NEET” rate) equating to $28,000 per person. 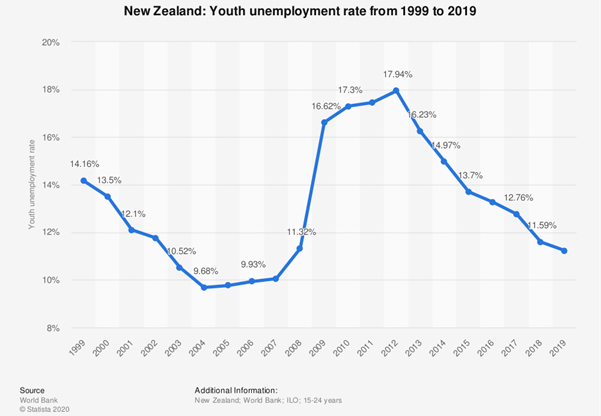 The effects are believed to be more severe for youth entering the workforce with an education level below the tertiary level. According to a New York Times article “recessions, in general, widen inequality”. Those likely to be hardest hit are minority groups and the young, particularly those without further education. A recent study from Stanford University found that high school graduates suffered greater income losses than university graduates when entering the job market during a recession. It also found that recession graduates continued to feel the effects well into mid-life, earning less than those who graduated in prosperity and working more.

What is the solution? According to the World Economic Forum, the policy response to counteracting high youth unemployment has to be multifaceted. Investing in high-quality training and education, plus targeted job creation and on-the-job learning will all be required. Targetting support to young people entering the workforce is a hard sell when there are so many other groups in need but will ultimately be less expensive than the alternative – for those individuals but also for the country as a whole.

It is really the time to join in the Belt and Road projects to start build, build and build to stimulate real growth.

One Belt, One Straitjacket.

Getting a degree has nothing to do with employment. During a recession people will get told the reason they don't have a job is because they need to get educated. With 1200 applicants per job. Then as the banking system re inflates asset markets you get 10 people applying per job and you suddenly don't require a degree.

That's a very generic view towards jobs and degrees. I believe graduates with degrees in high-demand technical domains stand a much better chance landing jobs in their fields of study no matter what stage of growth the economy is in.
The idea that a degree is only good to help you land a job is as ridiculous as the studies that compare employability and lifetime earnings for degree holders vs non-degree holders.

Are they related? Seems unlikely.

Aside from that - an excellent piece.

This article really resonates with me. I graduated university in 2008, just days after the Lehman collapse. I had a really hard time finding paid work and resorted to unpaid internships for over a year as no one would hire a fresh grad with zero experience. I’m fortunate my parents could support me through this period but I firmly believe my career was stunted for almost a decade as a result. It’s only in recent years I have overcome the debt incurred during this period and I’m finally feeling I’m nearing my potential and expected earnings.

There’s a lot of reasons for my late launch in life but the GFC was certainly among the more significant ones. I truly sympathise with graduates coming into the workforce in 2020.

The recession of the early '90s was a real punisher. The young people already in and about to enter the workforce then got doubly screwed by the employment contracts act. Pay rates and penal rates cut unilaterally. Youth rates introduced. A student job I had in 92 paid $6.50/hour. A combination of interest rates starting to fall. First wave Asian immigration from Taiwan, Hong Kong and the introduction of the accommodation supplement. Tax allowances for negative gearing. Meant that house prices doubled in a couple of years. Wages bearly moved. Those with assets already made out like bandits. The more property you had the richer you got. They were the key voting block of baby boomers. So needed to be placated somehow. Luckily I had enough resources by the time of the second wave in the early 2000s to get on the property ladder. But starting from scratch now in this recession will probably be even harder. All of the conditions are baked in now and no one has the political appitite for reform. Regardless of what they say. The moneyed interests control all sides for the continuation of the status quo.