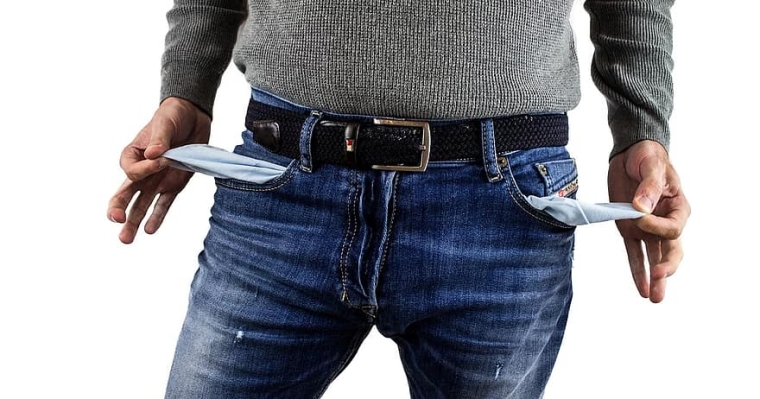 The industry body for chartered accountants says the Government's Covid support measures such as the wage subsidies have had unintended consequences of propping up businesses that might have failed in "normal times".

And the accountants say there's now a "national insolvency cliff looming" with the end of various support measures coming.

"But they have had the unintended consequence of also propping up some businesses which would have failed in the natural course of events."

Insolvency figures for July and August show that the number of liquidations in those two months were in fact far lower than in the same months in each of the two previous years. And this at a time when the country has plunged into a deep recession. 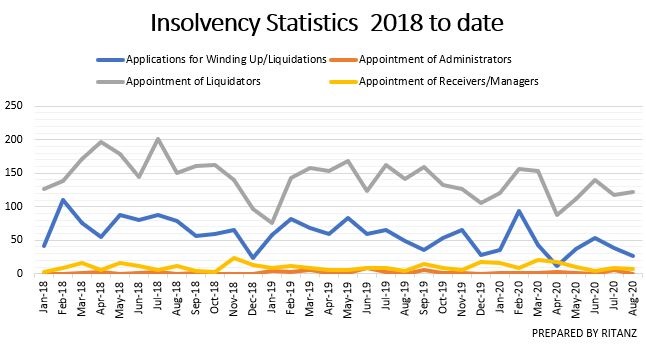 McWilliams said the liquidation statistics, "backed up by reports of looming large-scale closures in certain sectors such as hospitality", represented a significant problem not only for those immediately involved in these businesses, "but for the economy as a whole".

“A reality check will be coming for some once the various forms of Government business support are turned off,” she said.

She's urging Kiwi businesses surviving on Government Covid-19 support – and that may otherwise have fallen into liquidation or receivership in normal times – to get professional advice immediately "with a national insolvency cliff looming".

"Struggling businesses should take a hard look at their situation now, and not just the financial one. Small business owners should also consider the impact on the mental health not only of themselves, but also of their families,” McWilliams said.

“Many businesses, even though they may be in hibernation mode, will still be accumulating debt, which may have been deferred but not waived – and is likely to be compounding interest. They may also be progressively eating into the value of assets provided as security, which for small businesses could include the family home.

“Therefore, it is important for businesses to seek help early as, the longer they wait, the bigger their problems may become. Such problems are unlikely to go away quickly in this Covid-constrained economy which, sadly, is likely to be with us for some time to come,” McWilliams said.

“The risk is that by not acting early, when these businesses fail, they will do so more spectacularly, possibly bringing other businesses down with them.

“These are incredibly tough decisions as very personal hopes and pride are at stake, something insolvency practitioners know and feel all too well.”

what about the poor people trying to live on savings, they are insolvent too.

Their fault for not owning enough houses or being born when houses were affordable.

In Australia bankruptcy and administrative work decreased by roughly 70% with the Government support. There's going to be quite a backlog when the help ends.

yep it is happening in NZ as well. Friend of mine in insurance was told he was safe in May, was told last week by his manager that he thinks there department will be gone by Feb. Were I am we have been asking those over 65 or close to it to "think" about exiting business, with plans for another 5%-8% waiting in the wings, we had momentum going into L4 and that did carry through May-July but pipeline of FW is fast drying up.

But don’t worry, now is a great time to buy a house!

But it's been great for the Queenstown ski fields!
If you know you're "going under" and the Government will pay to keep your staff on for a few more weeks/months ( as it was) then....go skiing and 5-Star lodging with the wages you haven't had to pay out and make the most of what luxuries life still has on offer.
(True story!)

The payment to companies for wages was a lump sum wasn't it. And there was ongoing business drop thresholds. (Self reported). Plus there were directors have less liability now. So I can see that this sort of thing would happen....

Is tucking your jersey into your jeans back in fashion again? This is good news!

This is good news!

Could you explain why it is 'good news'? I thought you were one of the eternal property bubble cheerleaders. Surely this is at odds with your vision.

Sorry J.C. I wasn't being very clear. The only good news is that tucking in jerseys is a thing again.

The ANZACA tells struggling businesses to go see their accountant and spend some cash on advice. The irony.

"We looked at the books, and yep, you're insolvent."

A CA who will tell you it's time to pack it in is one worth listening to.

I'd have to disagree with you there. Being a CA I can tell you the training for a CA is how to prepare acs, how to audit and an understanding of tax plus a whole bunch of relevant but non accounting stuff like company law, management theory etc.

The idea that your CA has a view on your business is baloney. If they did they would be in that business themselves. The bottom line on forward thinking and strategy is do it yourself and talk with entrepreneurial types, your CA will be of little use.

Interesting comment - I have known a number of CAs over the years who have been quite forward in expressing opinions on business viability. A couple who I learned were well grounded, and i respected their opinions, but a few who lived in la la land and really didn't know what they were talking about. I guess it is not about the CA education, but the life education they get themselves either through or outside their business.

There's a difference between strategy/forward thinking and basic viability. Warning signs are sometimes easy to pick up - increasing amount of tax under arrangement, arrangements being missed or needing to be renegotiated, drops in revenue or changes in GST position across returns, etc. These are all things that should be immediately even just at a compliance level. You'd be doing a disservice to your clients if you didn't take the time to pick up the phone and ask a few questions about how they're getting on.

Well. You must know that preparing financial statements, as well as compliance with the companies act, requires formally considering whether or not your entity is going concern. Sure, doing that requires great input from the management, including certain assumptions and their viability, but any good accountant will be able to help such a decision. Specially if later on you will need to support the decision made and are challenged on the evidence to back up your then judgement.

Gee, who would have though that we would have a whole bunch of zombie companies that will never come off life support... most of us have seen this coming ever since the bailouts began. It's why capitalism is close to dead (unproductive incumbents on life support while potential start-ups are starved of capital and staff), with the state picking previous winners via massive distortions which can never be removed.

Meanwhile we can all wave goodbye to productivity, innovation and competition.

Its called kicking the can down the road - Boomers love their lifestyle and will have it until the music stops.

Frazz - who are you gong to blame when the boomers are gone?

Their policies and the residual damage

Assuming some degree of sarcasm, but it's the pollies policies, not the boomers. Question - how many of the pollies are boomers these days? Are the policies changing?

Can the policies be unwound due to the entrenched interests in the electorate itself?

I think that's a good question for any generation. It also raises a question that should be scrutinised thoroughly - what is the intended purpose and outcomes of the policies? When the outcomes too unfairly favour a particular sector of the community, and will generate unintended consequences can they be rolled back if already implemented, or how do we stop them before they are implemented?

The only thing I find surprising about the the looming cliff is peoples response to it, or rather lack of response to it in fact they cannot even see it coming. Everything is on life support and it has to end, all the government is doing is delaying it until after the election.

Looks to me that house prices are running the wrong way (for some!!) because of the huge number of expats coming home (11,500 in August = 140,000 p.a.). This is huge and explains why prices are increasing so fast (not to mention low interest rates helping). Cindy is asleep at the wheel, no forward planning, no view of where Covid is taking us...........bla,bla,bla

Family are saying to me ,look expats coming home, it's going to boom the economy ;but,is it going to support medium to long term growth, will there be jobs for these people ,yep they may buy houses and cars or are most kiwis from Australia who can't work and get a government subsidy??time will tell.

Net migration is down considerably compared to previous years.
Annualising the short term effects of a black swan event is... a mistake, to put it mildly. There won't be 140000 kiwis coming home to stay in 2020.

From what I was reading the other day insolvencies are down 20% in h1 2020, but tipped to swing thr other way to plus 18% in h2 as deferments are eased

Yes then it can be someone else's problem

Absolutely not surprised. The subsidy's were a big election year pillow for lab to get reelected. Either the debt has to be paid or forgiven/defaulted. Endless printing is a form of forgiveness, with the flip side of destroying the value of savings for all those that have lived carefully.

Bring on the reset.

Hey as long as the government and reserve bank do everything they can to protect the value of my house, does it matter?

Blatant self interest recommending businesses talk to their CA!! Any opportunity to click up some time units. Basically CA's are recorders of history and about as much use as an ashtray on a motorbike. My experience has been find an older retired businessman from your particular type of business (perhaps through Probus??) if you want someone with real world experience.