China Skinny’s Mark Tanner on the rise and rise of Chinese consumer brands in China, why their structural differences give them an advantage, and how New Zealand companies can learn from their growing success

China Skinny’s Mark Tanner on the rise and rise of Chinese consumer brands in China, why their structural differences give them an advantage, and how New Zealand companies can learn from their growing success 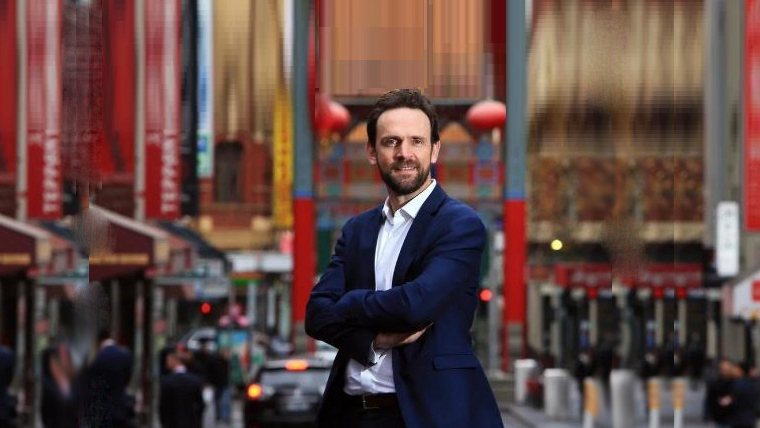 The New Zealand China Council has a podcast series featuring New Zealanders and their businesses in China. It is here with permission.

China marketing specialist Mark Tanner has been tracking the increasing success of domestic brands in China for some time.  While this has been linked to a growing sense of national pride, coupled with greater confidence in their own products, Tanner argues that the success of domestic brands at the expense of foreign competitors is also being driven by basic business fundamentals.

Tanner says the rise of Chinese brands has been particularly impressive in the consumer packaged goods category in the last few years.  He notes that in 2017, 98% of all growth in FMCG came from domestic brands, and while this has dropped back slightly, growth is still overwhelmingly dominated by local brands.

Part of the success, Tanner says, is that many Chinese brands are set up to be much more adaptive to the rapidly and constantly changing Chinese market, particularly to new consumer needs and tastes.  One example he cites is with products that claim to boost immunity - Tanner says you can now see this on just about every product in China, a trend that took just weeks for many brands to leverage.

But besides getting the marketing and messaging absolutely right, Tanner says it’s the sales and corporate structures of Chinese brands that are giving them real advantages, and that New Zealand companies should be looking at them carefully.

He singles out Chinese dairy giants Mengniu and Yili, saying they are structurally set up to be much more adaptive to this constantly changing Chinese market.  Tanner says they operate an ‘amoeba sales model’ which drives high performance among sales teams by giving them significant autonomy over small territorial areas.

“They've got their little neighbourhood to hang out in and they're responsible for that. And they compete against all these other little teams and they're incentivised accordingly.  As a result, the sales guys are really, really hungry.”

Tanner says these structural differences are starting to change the employment aspirations of many Chinese.  While the average salesperson in dairy can expect to make around 5,000 RMB ($NZ1,073) per month, Mengniu salespeople can earn more than twice that amount if they work hard.  He says this is starting to change the perception in China that working for a foreign company is more desirable.

“In the old days, everyone wanted to work for a Fortune 500 and American or European firm. But increasingly, they're seeing these Chinese companies as helping the country.  They’re cutting their teeth in a lot of cases in an American company and learning how to really operate effectively, but then they join these Chinese companies and they're supporting the country.”

Another structural advantage of Chinese brands, according to Tanner, lies in their ability to make decisions much more quickly.  He says without leadership teams based offshore, there are fewer gates to get through and no need to wait for decisions to be signed off by people in Auckland, London, Melbourne or New York who may not always appreciate or understand the nuances of the market.

“Some of them are incredibly au fait with China, but they're not living and breathing it every day.   They're making decisions based on a whole lot of spreadsheets and data.  Whereas in China, a lot of CEOs make an awful lot of decisions rather than this collaborative setup.  As a result, they can make decisions a lot quicker.”

Tanner characterises many of these brands as having a ‘lean startup’ approach to doing business, allowing them to be far nimbler and more dynamic.  He talks about one well-known Chinese cosmetics brand which was recently able to take a product from ideation through to selling on the shelf in just three days, while a Western company had taken three years to follow the same process.

“It’s the lean startup fail-fast learn-fast approach. They throw a lot of things against the wall and it might just [need] a tweak. They might just have one additional ingredient or whatever, just different packaging or different claims.  In many cases, they'll try it, and if it doesn't work it doesn't last long.”

Tanner says New Zealand companies exporting to China need to be bold, be acutely aware of these different ways that Chinese brands are operating in the market, and in some cases, try to replicate some of their structural advantages.

“Brands shouldn't just take a softly softly approach to China.  If you do want to come into China I think you've got to really take it seriously, and not just try a whole lot of different markets and see which one succeeds.  You've got to go in boots and all and really give it a proper go, rather than just this half-hearted approach which some businesses do.”

Things to learn here for us. Our calcified health service comes to mind.