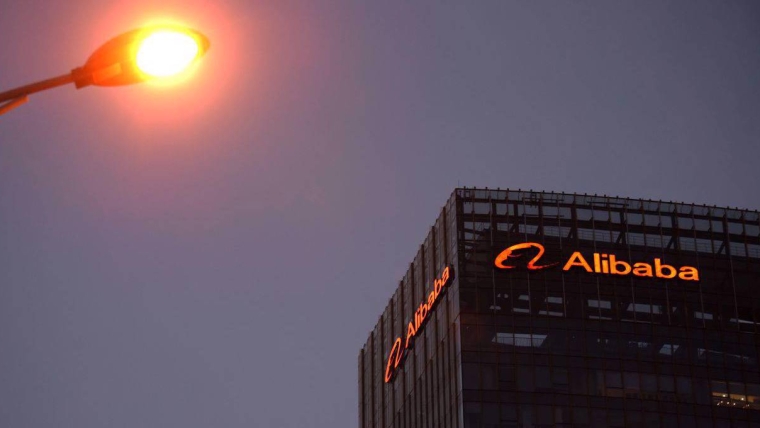 Since the Chinese authorities suddenly halted fintech conglomerate Ant Group’s planned initial public offering in autumn 2020, its parent company, e-commerce king Alibaba, has been facing harsh regulatory scrutiny. On Christmas Eve, China’s antitrust authority announced that it was investigating the firm’s exclusive business practices. And Alibaba’s founder, Jack Ma, recently eased concerns regarding his fate by appearing in public for the first time since last October, when he delivered a speech criticizing financial regulation in China.

The mere announcement of the investigation into Alibaba wiped more than $100 billion off the firm’s market value overnight. Given the Chinese government’s huge regulatory power, investors are rightly anxious about Alibaba’s prospects. But the government’s sudden and aggressive move against the firm also reveals much about the regulatory regime’s weaknesses.

To be sure, the Chinese government has legitimate reasons to be vigilant toward the country’s highly concentrated internet sector. By targeting superstar firms like Alibaba, China is following a global regulatory trend, with US and European Union policymakers similarly vowing to impose tougher sanctions against monopolistic internet giants.

Just as Americans are worried about Amazon’s dominance in e-retail, Chinese consumers have equally good reasons to be concerned about Alibaba. In 2020, Amazon’s share of the US e-commerce market was slightly less than 40%, whereas Alibaba’s Tmall and Taobao held over 50% of China’s e-retail market.

The current investigation into Alibaba is not the first time that the firm’s business practices have been subject to antitrust scrutiny. JD.com, China’s second largest e-retailer, lodged a complaint about Alibaba with China’s antitrust authority back in 2015. Dissatisfied with the authority’s perceived failure to act, JD.com filed a suit against Alibaba in a Chinese court (the case is still pending).

In fact, Alibaba used to be far more dominant in e-commerce. At its peak, when it was first listed in 2014, the firm accounted for more than 80% of China’s online retail market. Since then, its share has been gradually eroded by JD.com and other rivals such as Pinduoduo.

So, why did China’s antitrust authority wait so long before investigating Alibaba? Many have linked the current antitrust campaign to Ma’s October speech and his seemingly recalcitrant attitude toward regulation. Although Ma’s remarks may have been the trigger, the fundamental reason relates to regulatory inertia, a phenomenon deeply ingrained in Chinese bureaucratic politics.

As I elaborate in my forthcoming book, although China’s antitrust authorities are seldom challenged in court, they must closely observe the formal and tacit rules of the bureaucracy and conduct a cost-benefit analysis before every regulatory move. These considerations influence the type of cases they bring and the approaches they employ to tackle them.

One such constraint relates to the Chinese government’s initiatives promoting innovation as a driver of economic growth. In 2015, for example, the State Council announced the “Internet Plus” program with the aim of fostering more entrepreneurship in the digital sector. This placed antitrust regulators in a difficult position, because overly harsh regulation might thwart domestic innovation and entrepreneurship. And the last thing antitrust officials want to do is act in ways that could be perceived as contrary to the national development agenda.

This explains why the Chinese antitrust regulator adopted a “cautious and tolerant” approach vis-à-vis the tech sector. When disgruntled competitors complained about Chinese tech giants’ abusive business practices, the authority preferred to deploy relatively lenient regulatory tools such as the Anti-Unfair Competition Law and the E-Commerce Law.

These laws lack teeth, because the largest fines that can be imposed under them are relatively small. And instead of launching investigations, the antitrust regulator conducted administrative interviews with each of the major online platforms on the eve of Singles’ Day, China’s largest e-commerce sales promotion event, in an effort to persuade them not to impose restrictive trading conditions on merchants.

Similarly, the regulator also refrained from intervening in merger transactions involving a “variable interest entity,” a structure many Chinese tech firms have used to circumvent government restrictions on foreign investment in the internet sector. Until early last year, hundreds of acquisitions by Alibaba and Tencent had completely escaped antitrust scrutiny. As a result, the firms have become two of the largest investors in China’s digital economy, together owning a large proportion of the tech sector’s unicorns.

This regulatory inertia continued until Ant Group’s IPO debacle, when the antitrust regulator received a clear signal from China’s top leadership to rein in the tech giants. But the authority’s previous lax regulation in this area has contributed to today’s intractable dilemma: once a monopoly emerges, it is hard to reverse it using antitrust law. As EU and US antitrust regulators have recently discovered, such legislation is too blunt a tool for tackling Big Tech.

Above all, the sudden recent regulatory crackdown against Alibaba gives the impression that Chinese law enforcement is arbitrary. Of course, no law is implemented in a vacuum. But it appears that the Chinese authorities treat the same business practice in drastically different ways when policy priorities shift, even when the relevant laws remain unchanged. This risk certainly will not bolster investor confidence in China’s thriving internet firms.

Angela Huyue Zhang is Director of the Centre for Chinese Law and Associate Professor at the University of Hong Kong. Her book Chinese Antitrust Exceptionalism: How the Rise of China Challenges Global Regulation will be published by Oxford University Press in March 2021. Copyright: Project Syndicate, 2021, published here with permission.