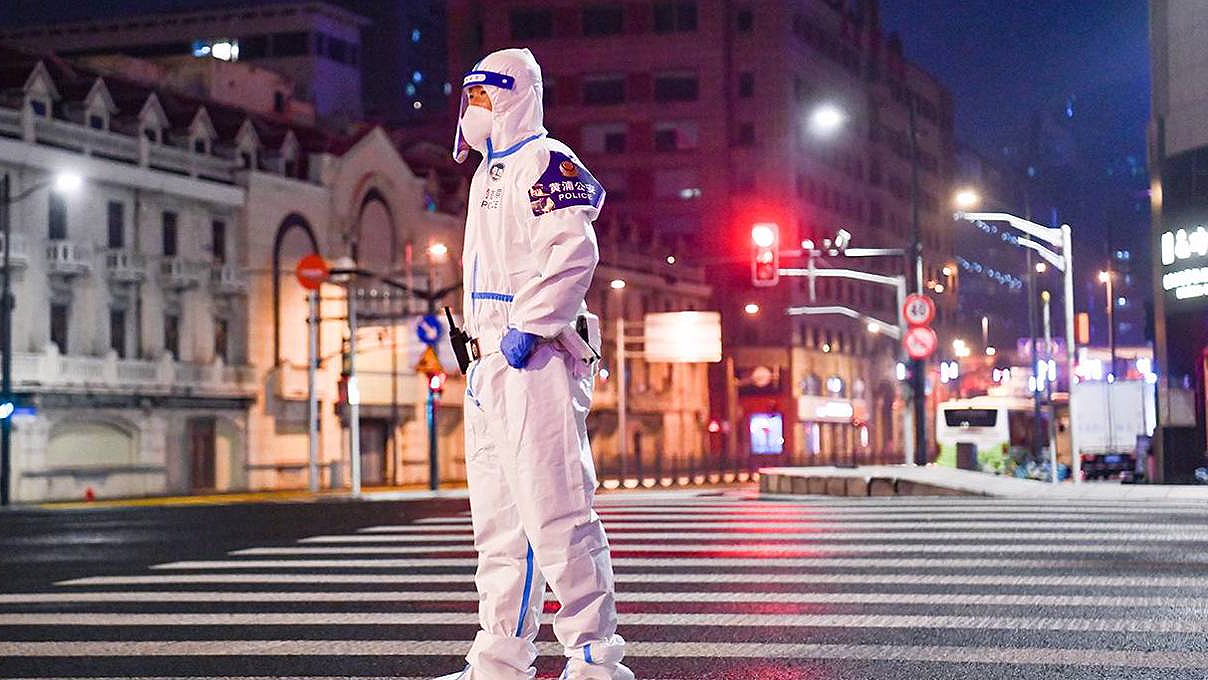 A tough decision to lockdown Shanghai, China’s largest city, shocked the world. After six weeks, and despite a sharp decline in infections, Shanghai’s lockdown has imposed enormous costs on the city and its residents. Given that the Omicron variant has a low mortality rate among the vaccinated, and much of the rest of the world has been convinced to shift their strategies from lockdowns and movement restrictions to mass immunisation, critics wonder why China’s zero-COVID policy is here to stay.

When COVID-19 first emerged in Wuhan in late 2019, China was ill-prepared for such a disease outbreak. While the Chinese Center for Disease Control and Prevention had been established in 2002, it was never consolidated nor had it ever operated efficiently, despite the outbreak of severe acute respiratory syndrome (SARS) the following year. So, when COVID-19, with its comparatively higher mortality rate, came along, China’s government had little choice but to adopt a wartime model, shutting down the city and mobilising additional resources (including medical personnel) on an emergency basis.

The Wuhan lockdown, which lasted 76 days, was vital under those circumstances. But if China had had an epidemiology-backed disease-outbreak response system in place, the severest restrictions probably could have been avoided, or at least shortened considerably.

In the years since the COVID-19 pandemic erupted, China has developed and implemented just such a system for the whole country, including regular testing and contact tracing, centralised quarantine, and the use of big data to prevent the spread of the virus between cities. As Shanghai’s residents can attest, though this has not eliminated the need for lockdowns, it has enabled far more limited and targeted closures. Even as Shanghai’s economy takes a hit, the rest of China continues to function.

While China’s pandemic-control policies remain more proactive and stringent than those in most other countries, the results speak for themselves. Mainland China has so far reported just 222,000 confirmed cases and 5,200 deaths from COVID-19, and avoided major damage to its economy. And China has good reason to impose tighter measures and not to abandon its dynamic zero-COVID approach right now.

For starters, vaccine uptake among China’s elderly has been rather modest. Only about half of people aged 80 and older have received their primary vaccinations, with less than 20% of them having also secured a booster. Vaccine coverage among children is also lower than expected.

Moreover, there are huge urban-rural and regional disparities in China, not only in terms of economic dynamism and openness, but also in the availability of social services and health-care resources. Add to that the roughly 500 million people with only a middle-school education level (or lower) and those living in less-developed regions, and the risks implied by loosening restrictions are huge.

Some estimates show that, based on the evidence from the United States and Hong Kong, China could face a wave of 200-300 million infections without non-pharmaceutical interventions (NPIs). Even with the government’s capacity for mobilisation, many regions would not be able to cope with a surge in COVID-19 cases. Runs on medical resources and a sharp rise in elderly deaths could be expected.

It is true that the zero-COVID approach is costly; and, despite the name, there will not be zero infections. Rather, the strategy suggests a strong policy mix of NPIs and immunisation, and an emphasis on avoiding lockdowns. Importantly, it requires local governments to rely on an epidemiology-backed system to respond early to outbreaks and stop the spread. Undoubtedly, such an approach is validated by China’s strong capacity for resource mobilisation.

This approach is characteristic of Chinese policymaking. China’s political leaders always have long time horizons and are more willing to incur short-term high costs to advance long-term development goals. Especially in the midst of crises, they find solutions which – though often costly in the short term – enable the country to return to its path.

As a result of this strategy, which forms the basis of the country’s political, economic, and social resilience, China’s economy has consistently avoided being hit by external shocks. As Sebastian Heilmann and Elizabeth J. Perry have observed, this “guerilla policy style” emerged from the long revolutionary years, when the Communist Party of China was often at a distinct disadvantage.

The key to such approaches in a large and multifaceted framework is to allow for flexibility and to delegate critical responsibilities to local agents who have the authority and incentives to optimise policies to meet local needs. For example, in implementing the zero-COVID policy, local governments have been able to seek the best balance between economic growth and public-health imperatives, based on their capabilities and resources.

This explains why some local governments in underdeveloped and rural areas have often imposed more restrictive policies. For them, the opportunity costs of blanket measures are simply lower than in the developed coastal cities that drive China’s economic growth.

For the same reason, some areas have taken a highly targeted approach, with restrictions applied to a single administrative district, neighborhood, or even apartment building, thereby minimising economic disruption. Such an approach enabled Shanghai to operate effectively for two years before the authorities determined that a lockdown was needed based on epidemiological surveys. For a metropolis of 26 million people with a high exposure to pandemic risk, this is a truly extraordinary feat. Shenzhen – which borders hard-hit Hong Kong and has a large population, dynamic economy, and open ports – has achieved similarly impressive virus containment. While it introduced a week-long lockdown in March, it has since reopened.

Of course, no strategy is airtight. The lockdowns in Shanghai and Shenzhen were imposed to prevent the highly transmissible Omicron variant from arriving from Hong Kong. But for the near future, China is not likely to give up its policy mix of NPIs and immunisation. Likewise, China will continue to adapt its pandemic-response policies and reduce the need for NPIs as it develops more effective vaccines and boosts immunisation rates.

Zhang Jun is Dean of the School of Economics at Fudan University and Director of the China Center for Economic Studies, a Shanghai-based think tank. Copyright 2022 Project Syndicate, here with permission.

perhaps they know a lot more about the long term effects of this virus, seems it is 99.9% certain it came from the Wuhan Lab

What is China's excuse for such a pitiful vaccination rate?

Dear China : We are a nation of kindness  , and we have a crackerjack trio of Covid crushers , experts well experienced in the fine art of virus elimination ... it is our wish to send them to you , to do for you as they did to us ...

Yeah but I mean does anyone seriously believe that for a second though? Probably out by a factor of 100 given the poor effectiveness of Sinovac?

Just swallow your pride, buy the pfizer vaccine and perhaps you won't have to impose such heavy damage to your economy and the rights and freedoms of your citizens.

After the COVID, the west respect lives belief has turned into a joke in front of the whole world.

You do not see the western media telling you that of all covid death, the death from the west accounts for at least 80%!!!  amazing!!

Grand Chairman of China ( Big CoC  ) say citizens who claimed they died from Covid , are lying ... enemies of the state !

How even does this propaganda tripe make it on to these pages?? When there's true reciprocation and counter arguments can be safely aired on mainland Chinese websites, then let's talk. Until then, i don't want to see this rubbish on interest.co.nz

The author seems to be criticising the upper CCP leadership by extolling the virtues of the lower level party in the face of adversity.  He even directly points out that the Zero Covid policy is doomed to fail and talks of its adverse impacts in China.  If this is sanctioned propaganda the lower ranked CCP could be soon enforcing a dramatic change of Chinese leadership.  Guerilla action indeed.

With all due respect to the people of China,  what does the CCP know that the rest of the world doesn't?

At this stage when, to the best of my understanding, Covid in its various forms is approaching endemic across the globe,  China is set on "elimination".

One could and should be most sceptical of the CCP.