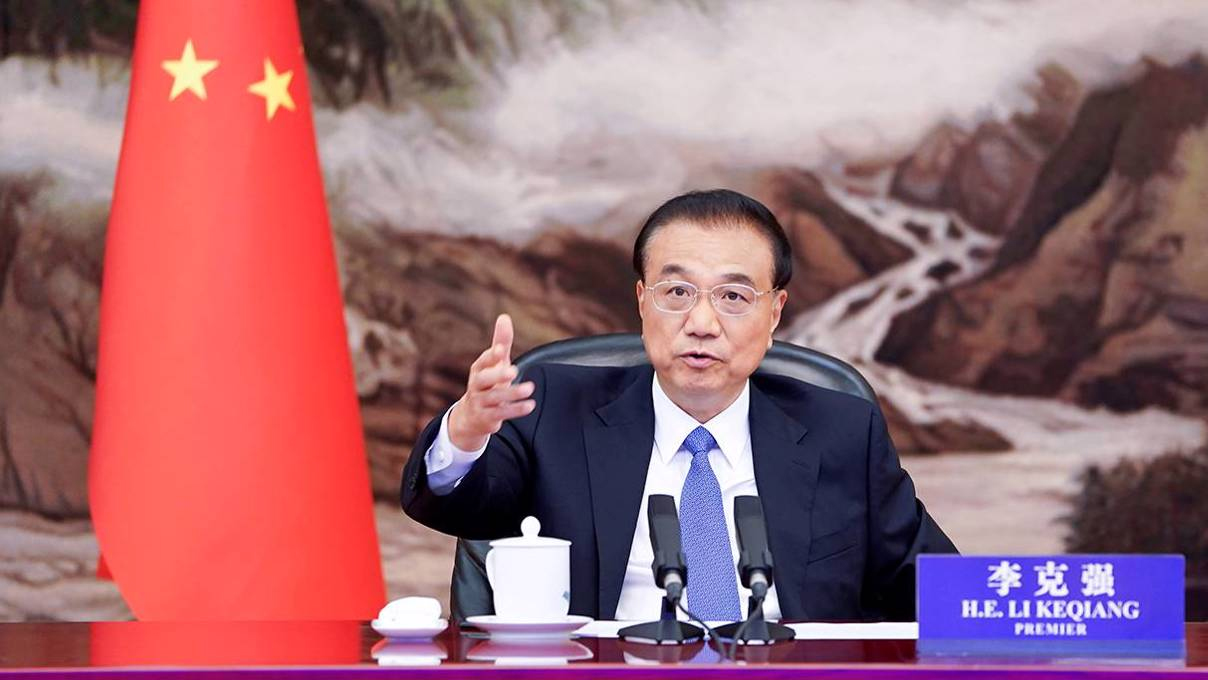 When high levels of capital investment spending fueled a sustained increase in Chinese inflation from 1991 to 2011, the authorities quickly brought the situation under control, and over the last decade, CPI has rarely exceeded 2%, compared to 5.4% in 2011. With policymakers in most major economies now losing their grip on price stability, can China continue to keep a lid on inflation this year and next?

To answer this question, it is worth considering how China succeeded in curbing inflation for the past decade. Notably, the government refrained from new rounds of large fiscal and monetary stimulus, and thanks to the central bank’s increased autonomy, money creation and credit growth stopped passively catering to investment projects from below.

After 2015, China’s central bank adopted a prudent tone and adjusted credit allocation to support sectors with excessive debt ratios. Highly polluting industries and the real-estate sector – both of which had driven rapid GDP growth in the past – faced financial repression. At the same time, the central government has tolerated the minimum growth rates that could accommodate steady employment growth.

Today, that tolerance is being tested. Pandemic lockdowns, especially in Shenzhen and Shanghai, have taken a heavy toll on China’s economy. In the second quarter of 2022, Shanghai’s GDP fell by almost 14%. Meanwhile, the real-estate sector – traditionally a major contributor to aggregate demand – is becoming a drag on the economy. In 2020, China’s government introduced “three red lines” to constrain the sector’s access to credit: developers’ liabilities should not exceed 70% of assets, their net debt should not exceed equity, and their cash holdings must be equal to short-term borrowing.

The new debt metrics, together with the COVID-19 pandemic, have put intense pressure on the sector. Once-thriving developers are now facing serious debt crises. With some residential projects having been delayed or halted, home buyers in several cities have had to stop making monthly mortgage payments since the second half of last year.

The good news is that China has indeed kept inflation under control. In the first half of the year, CPI rose by 1.7%, and the government’s inflation forecast for 2022 is about 3%. The bad news is that, while China’s economy has been spared from overheating, this has clearly come at the cost of a sustained slowdown in GDP growth, and even a recession in some areas.

Given this, official forecasts of 5.5% economic growth this year will not be achieved. In the second quarter of this year, China’s growth was barely positive. Though GDP still grew by 2.5% year on year in the first half of 2022, thanks to relatively strong exports, real GDP growth would have to reach at least 8% in the second half of the year to achieve the 5.5% target for 2022, which is of course unlikely to happen. Therefore, the central government would most likely need to revise the lower limit of its growth forecast for July-December downward to 6%, rather than 8%, implying an annual growth rate of 4-4.5% for the entire year.

Given this, China’s government is planning to launch a new round of stimulus for the rest of the year. With unemployment rising – the rate for 16-24-year-olds reached 19.3% in June, up four percentage points year on year – stimulus is urgently needed. But Premier Li Keqiang has been very wise to highlight the importance of not overdoing it.

In the past, stimulus has taken the form of excessive infrastructure investment. But China now has limited room for maneuver. One key constraint is the huge debt overhang from the massive round of stimulus in 2009-11, which poses a serious risk to the financial system. Most of the liquidity that could be used to invest in additional infrastructure projects will still have to be financed by local financing vehicles and local government bonds. While the authorities recently asked China’s policy and development banks to add a total of CN¥1.1 trillion ($163 billion) in new credit lines to support infrastructure projects, new budget outlays – and new debt – might still be required.

Another constraint on stimulus is the threat of imported inflation. The effects of the pandemic, together with the fallout of the Ukraine war, are raising inflation expectations in most Western countries, which are already experiencing rapid increases in consumer prices: CPI in both the United States and the United Kingdom exceeded 9% in June, while eurozone CPI exceeded 8%. Likewise, in Asia, South Korea’s CPI rose 6% year-on-year in June, the largest such increase since November 1998. The increase in Japan’s CPI – 2.4% – exceeded the central bank’s target for a third consecutive month.

As a major energy and food importer, China will find it difficult to insulate itself from the global trend. Two factors explain why CPI in China has not already surged.

First, China’s energy and food importers are all giant, state-owned, state-controlled enterprises whose pricing decisions are tightly regulated. Until inflation expectations are formed, the increase in import costs is not passed on to consumers. This is reflected in China’s producer price index, which has been less stable than CPI over the years.

Second, even as China imports many critical goods, those that are included in the CPI are largely supplied domestically. And, as with importers, the prices charged by state-owned producers in the upper reaches of China’s economy do not fully reflect changes in their costs, owing to government controls.

Consider pork – the single most important item affecting CPI in China, accounting for 2.5% of the index. The counter-cyclical regulation of hog rearing and state subsidies to pork producers have gone a long way toward keeping pork prices – and, thus, CPI – relatively stable.

But, while such regulation can help to cushion external supply shocks, reducing revenues or increasing subsidies will add to the government’s fiscal burden, especially amid global inflation. Add to that already-strained local-government finances and the huge costs of maintaining a zero-COVID policy, and the government’s ability to expand and finance public capital spending will be severely limited.

In this context, it is understandable that China’s government chose to adopt a modest stimulus package. An overly strong stimulus, experience has made clear, would almost inevitably entail excessive monetary expansion, leading to a surge in inflation that would create further challenges for China’s economy in the coming years.

Zhang Jun is Dean of the School of Economics at Fudan University and Director of the China Center for Economic Studies, a Shanghai-based think tank. Copyright 2022 Project Syndicate, here with permission.

No mention of the implosion of the construction sector driven by a collapsing Real Estate ponzi, en Masse mortgage payment defaults, and bank runs.  Are these things not part of the CCP's calculations?

We have to be careful about potential spill-over effects to New Zealand. Our economy is strongly linked to that of China. A 14% decline in GDP is very serious.

Over here in New Zealand, we may soon be facing similar problems if we are not careful. I am especially worried about the aggressive OCR hikes of the past. It seems a bit similar to China: Overheating first, too much lending, too much real estate dependence of the economy, too much debt.

Then, reactively, aggressive measures to curb that debt. Result is collapse, both in China and soon over here.

Throw in Taiwan and it could be a bumpy ride ahead . Plenty of regulation and protective mechanisms but my thoughts are Taiwan could cause an implosion... Sovereign states sometimes make stupid choices . Smooth economic trade depends on everybody making smart decisions , flexing muscle is a childish notion and tends to degrade stability. Better to build and maintain an empire everyone wants a part of surely.