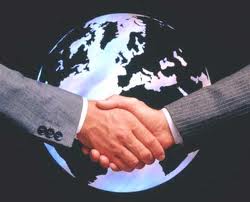 Citibank has become banker to the diplomats after winning a contract with the Ministry of Foreign Affairs and Trade to handle the NZ$110 million a year spent by MFAT's foreign diplomatic posts.

Citibank was awarded the business after a tender launched late last year. The result was announced on the Government Electronic Tenders Service website. There was no indication given of the value of the contract.

MFAT's intention is that all of the foreign posts' banking-related services will be "bundled", resulting in cost savings. It is intended that as much as possible both the banking activities and accountability for them will be removed from diplomatic posts.

According to MFAT's original tender proposal document the department till now has had 34 individual banking relationships with 73 bank accounts in 38 currencies and 48 countries. The annual expenditure of NZ$110 million is spread across some 42,000 banking transactions, with 34% of these involving sums under NZ$250.

"Current demand for offshore banking services is largely driven by the need to pay staff and suppliers by cheque and cash," MFAT said.

This system of operating made for "limited visibility" of offshore banking transactions at MFAT's Wellington headquarters, "which impacts efficient cash management", MFAT said.

The contract is part of MFAT's "ministry business model project"  through which the department is seeking to "design a modern, more efficient operating platform, with a streamlined back office able to support a dynamic front office capable of a greater foreign and trade policy, consular services and development assistance impact at less cost".