FMA consents to settlement between the receiver of Bridgecorp, the Bridgecorp directors, and their liability insurers; FMA ends civil proceedings

FMA consents to settlement between the receiver of Bridgecorp, the Bridgecorp directors, and their liability insurers; FMA ends civil proceedings 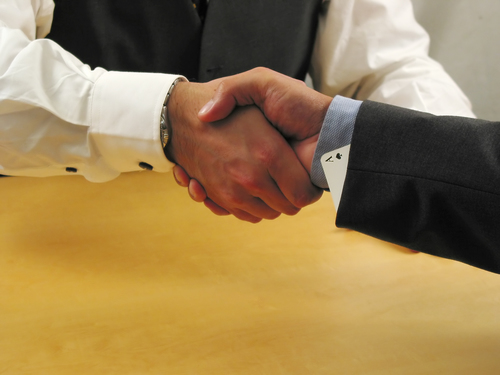 An $18.9 million deal has been struck between receivers of the failed Bridgecorp finance company, its directors and their liability insurers.

The Financial Markets Authority (FMA) says it has consented to the settlement and agreed to end its own civil proceedings against the Bridgecorp directors once the settlement sum has been paid.

Bridgecorp receiver and PwC partner Colin McCloy says the deal means secured debenture holders will get back another 4 cents in the dollar in April.

"Combined with the 8 cents ($37 million) already paid to date, overall recoveries for secured debenture investors following the interim distribution will be 12 cents in the dollar ($55 million)," McCloy says.

“It is pleasing to be in a position to make a distribution considerably sooner than would have otherwise been the case,” says McCloy.

McCloy also says PwC will continue working to resolve "the remaining issues" before ending the receivership at which point a final "but modest" distribution will be paid.

FMA says the settlement represents the best outcome for Bridgecorp investors in the circumstances, and will ensure that investors receive the funds in a timely way.

Bridgecorp Ltd and Bridgecorp Investments Ltd were placed in receivership in July 2007 with approximately $459 million owing to 14,500 investors. Two of its former directors, Rodney Petricevic and Robert Roest, are each serving over six years imprisonment following successful prosecutions taken by FMA and the Serious Fraud Office.

FMA Head of Enforcement, Belinda Moffat, says the decision to discontinue its civil proceedings against the Bridgecorp directors was not taken lightly.

“We assessed the public interest in continuing with the claim, and after considering the personal financial position of the directors and the settlement sum achieved by the receivers, and the fact that FMA would not be able to achieve a greater recovery, it was clear that it would not have been an appropriate use of taxpayers’ money to proceed,” says Moffat.

“Our claim would have gone after the same pool of funds that the receiver has reached a settlement on, so there was little, if any, money left to pursue.

“It was also our view that the custodial sentences handed down in the criminal trial had sent a very strong deterrence message to the market which continues to be felt today,” Moffat says.

McCloy says payment from Bridgecorp’s insurers and directors were negotiated on the basis of available assets. Also considered were the delays and cost of going to Court.

"This was the key factor in reaching a decision, along with balancing the time, costs and risks associated with ongoing litigation when compared to the certain outcome today," says McCloy.

See here for earlier Bridgecorp stories and here for our deep freeze list of finance company failures. Meanwhile Moffat says FMA has a number of ongoing civil proceedings against finance company directors which it is currently assessing. Announcements on these will be made in the near future.