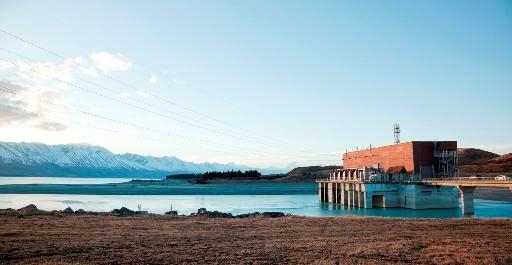 The last SOE float off the block, Genesis Energy, is going to be sold to the public for a price between $1.35 and $1.65 a share.

Depending on the final price, and the amount sold, the offer could raise anywhere between $400 million and $800 million. If the low end of that is achieved, then the Government may fall some way short of even the recently revised (downwards) targets for the SOE floats programme.

The attached 'next steps' document outlines the timetable of the float and other details.

The indicative price range values Genesis at between $1.35 billion and $1.65 billion. That's below a recent valuation from independent research house Morningstar of between $1.69 billion to $1.89 billion.

As a sweetener to encourage New Zealand participation, New Zealanders who buy shares and hold them for 12 months from allotment date (expected to be 16 April 2014) will be eligible for 1 loyalty bonus share for every 15 shares they hold, with a cap of 2000 bonus shares. The shares are expected to list on NZX on April 17.

The Government's partial sale of state assets has fallen short of earlier suggested returns. Based on the indicative Genesis prices, and depending on whether 30% or up to 49% of Genesis is sold, the Government's total returns from the asset sales programme may end up being between $4.3 billion and $4.7 billion.

If the low end is achieved, then this will be below even the sharply revised down target from the end of last year.

Originally, the Government had targeted getting $5-$7 billion from the sales, but changed that late last year to a revised range of proceeds to $4.6 billion - $5 billion. A factor in the shortfall was the removal of state mining company Solid Energy from the list of partial privatisations due to the company encountering severe financial difficulties.

However, the Government in fact stood by the $5-$7 billion target for a long time after Solid Energy was withdrawn from consideration.

To date the Government has raised about $3.93 billion through sales of 49% in both Mighty River Power and Meridian Energy and about 20% of Air New Zealand (which was already publicly-listed with the taxpayer previously controlling around 73%).

Earlier this week Genesis followed in the footsteps of Meridian Energy by undertaking a massive increase in the number of its shares - a move that is likely aimed at making the share price seem 'cheaper' for mum and dad investors.

The Government, in a reversal from the previous floats of Mighty River Power and Meridian has suggested it may only sell as much as 30% of Genesis - though clearly its aim will still be to sell 49% as it did in the two other power companies.

Genesis, which is set to be offered to the public and list on the NZX next month, has filed a notice with the Companies Office to say that its number of shares on issue has been nearly doubled to exactly 1 billion shares (from around 540 million previously).

A similar late step was taken just before the public float of Meridian last year, which had the effect of investors only having to front up with an initial $1 a share and a total cost of just $1.50 once the shares are fully paid up.

Mighty River shares were recently trading at $2.04, well below their issue price of $2.50. Meridian instalment receipts were at $1.09, which is up on the $1 issue price - but the issue price was regarded by market commentators as heavily discounted in comparison with Mighty River. Air New Zealand shares, at $1.84 were up on the $1.65 price the Government sold them for.

Finance Minister Bill English originally announced late last month the Government planned to open a public offer for shares in Genesis in the second half of this month and list it on the NZX around mid-April.

See here for all our articles on SOE floats.

The sale of Genesis shares, with the company expected to list on the NZX main board on 17 April, will bring to a close the Government’s successful share offer programme, Mr English says.

It follows the float of 49 per cent of Mighty River Power and Meridian Energy, and the sell down of 20 per cent of the Crown’s holding in Air New Zealand to 53 per cent.

“The Government has said it will sell between 30 and 49 per cent of Genesis Energy and the exact amount to be sold via the bookbuild will be announced on 26 March, before the bookbuild opens,” Mr English says.

“Proceeds from the sale will go in to the Future Investment Fund, which has so far raised about $4 billion for investment in assets like schools and hospitals, without the need for borrowing from overseas lenders,” he says.

“At the same time, New Zealand’s capital markets have been strengthened and New Zealanders who invested in the stockmarket for the first time through the Government’s share offers are now earning dividends from shares.”

The Genesis Energy prospectus was registered today, and is available together with the investment statement at: www.genesisenergyshares.govt.nz.

Other details announced by the ministers today are:

“This process will allow the Crown to determine the expected demand from the various investor pools, at which point we will decide and announce the level of sell down for the bookbuild process.”

The offer structure allows every NZX participant share broker in New Zealand to be invited to take part in the bookbuild. ANZ and ASB are also retail syndicate members for the share offer.

“The new structure means New Zealand’s largest sharebrokers are free to prepare and release research and analysis on the Genesis Energy share offer, at their discretion,” Mr Ryall says.

“The NZX has already publicly announced that it intends to host independent research on its website,” he says.

Here's what the Labour Party had to say about the latest float:

Details announced today on the sale of shares in Genesis Energy prove it is a politically expedient last ditch effort to flog off New Zealand’s silver before the election, Labour’s SOE spokesperson Clayton Cosgrove says.

“Yet again, taxpayers will be picking up the tab for this bonus scheme, on top of the hundreds of millions they have already paid in brokers fees, sales gimmicks and marketing for National’s asset sales flop.

“Two-thirds of voters have told the Government they don’t want their assets hocked off.

“But National is so arrogant it refuses to listen to the public.

“The Government said it would get widespread New Zealand ownership from its asset sales. Mighty River Power got 112,000 investors, Meridian got 63,000 and Air New Zealand just 6,500.

“Given the Government’s track record, it will be paying investors to take the shares off their hands.

“National promised at the last election it would get up to $7 billion for its asset sales programme. It will get nothing close to that.

“The Government should call off the Genesis sale now,” Clayton Cosgrove says.

The aim, of course, wasn't to 'make money for the Govt (which, incidentally, is everyone).

The aim was really to disenfranchise a whole lot of us, to the benefit of a very few of us.

Musucal chairs in a zero-sum game.

Which should tell all the wide-eyed growth exponents all they need to know.

Based on the indicative share offer price range, the prospective 2015 financial year implied gross dividend yield is forecast to range from 13.5 per cent to 16.5 per cent.

The government's cost of funds is somewhere between 2 and 3%.

I still can't figure out how that is good economics, even if you think the electricity price is going to tank. It is difficult not to conclude, therefore, that the sales are all about giving advantage to those most likely to vote for their party.

Maybe someone can enlighten me how giving up 15% dividends to save 2.75% interest is a good bargain.

I accept that Genesis with coal and gas in its mix is somewhat vulnerable to new technologies, (I have solar on my own roof, by the by) or to Tiwai Point closing, and Meridian then putting very low cost energy into the market. Existing hydro should be around forever; while plug in cars do not look too far away, so boosting demand.

Selling off Meridian and MRP was in my view strategically and economically reckless. Genesis is more of a mutt, and an orphan strategically given the others are already sold, but still has very good assets, and if it has to be sold at a massive discount, you really wonder why.

.. .. in a manner , the government's SOE sell-downs have been a rip-roaring success , folks are talking about shares once again .... in fact for the first time in two and a half decades , conventional " wisdom " about bricks & mortar ( houses ) is being questioned ...

We've had the ga-ga years of houses/houses/houses .... finally we may be back on track to investing in productive assets ... into supporting and growing our business base ...

.. .. our business base innovates , grows , employs , and supports us all .... houses do sweet bugger-all by way of comparison ...

What's the consensus around the office , David ... you guys gonna get some ?

Waiting for the prospectus !