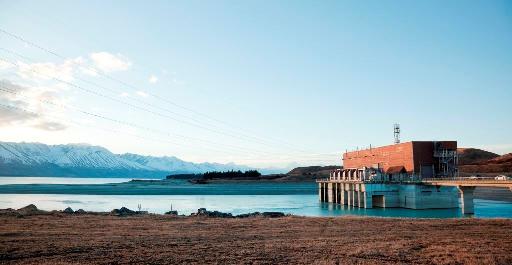 The Government's now indicating it wants to sell the full 49% of power company Genesis Energy available through the current share offer.

Depending on the price achieved that could put between $661.5 million and $808.5 million into the state coffers.

The indicative price range is $1.35 to $1.65. Unlike the previous two state power company floats of Mighty River Power and Meridian Energy, this time the so-called 'mum and dad' investors will know what price they are paying before they apply, with applications opening this weekend after the price is set on Friday.

If the $1.50 mid-point price was achieved this would raise $735 million and bring the total amount gathered through the Government's partial privatisation programme to about $4.66 billion. This would just sneak the proceeds amount into the bottom end of the range estimated late last year by Treasury of $4.6-$5 billion, though this range was sharply revised down from earlier $5-$7 billion estimates.

Genesis is the last leg of the partial privatisation programme.

The Government said today that 400 million Genesis shares – or 40 per cent of the company - would be available through the "bookbuild", which opens tomorrow.

"We have received positive feedback on the offer to date from local and international institutions and New Zealand sharebrokers."

But SOE Minister Tony Ryall said today that "based on market feedback and expected demand", the Government had decided to offer the full 49% of Genesis for sale too.

"The final share offer price and the number of shares allocated to various investor groups through the bookbuild will be announced on Friday evening before the general offer opens," Ryall said.

"We intend again to achieve at least 85 per cent New Zealand ownership of Genesis Energy on listing."

Labour Party leader David Cunliffe had this to say:

National shuts Mums and Dads out of Genesis sale

National has deliberately cut Mum and Dad investors from the Genesis sale, restricting them to just nine per cent of the shares while selling the rest to the Government’s investor friends, Labour Leader David Cunliffe says.

“When promoting asset sales National said Mum and Dad investors would be at the front of the queue – instead the Government has slammed the door shut on them.

“Investors will be smiling all the way to the bank because this is a fire sale. The most the Government can get out of the sale is $800 million, which is a $300 million discount on Genesis's value.

“Institutions will make a killing out of that.

“This is the low point of National’s failed asset sales policy. Even with the best price possible from Genesis they will fall short of their promised $5 billion - $7 billion.

“Kiwis always knew that asset sales were going to be a failure. That’s why they voted overwhelmingly against them in the referendum.

“As usual it turns out that New Zealanders were right and National was wrong,” David Cunliffe says.

Green Party co-leader Russel Norman had this to say:

National gives up on its 'mum and dad' investor ruse

The National Government has given up on the myth that it is selling shares in the electricity companies to ‘mum and dad’ investors, with just 9% of Genesis to be reserved for New Zealand retail investors, Green Party Co-leader Dr Russel Norman said today.

The Government has today announced that it will sell up to 49% of Genesis Energy with 40% going to institutions and just 9% to retail investors. In the previous asset sales around a quarter of the companies went to retail investors. The bonus shares offer of the Genesis sale will cost up to $9 million.

“National is not even pretending that everyday Kiwis are going to buy these shares,” said Dr Norman.

“The truth is that under National the cost of living has outstripped wages. Kiwi families simply don’t have the spare cash to invest in buying assets that already belong to the New Zealand public.

“Despite National selling Genesis on the cheap and spending millions on bonus shares, only a fraction of the population will buy shares.

“Only the wealthiest New Zealanders will be able to profit from National’s fire-sale of our assets. This is government by the 1% for the 1%.

“The asset sales have now cost the taxpayer $550 million so far. The sale of Genesis will add tens of millions to that cost.

“John Key should have listened to New Zealanders when they said they didn’t want our assets sold. Instead, he has rammed through this unpopular and economically irresponsible policy, which has been a failure by every measure,” said Dr Norman.