Shares in the last of the SOE partial privatisations, Genesis Energy have the best debut of the lot

Shares in the last of the SOE partial privatisations, Genesis Energy have the best debut of the lot 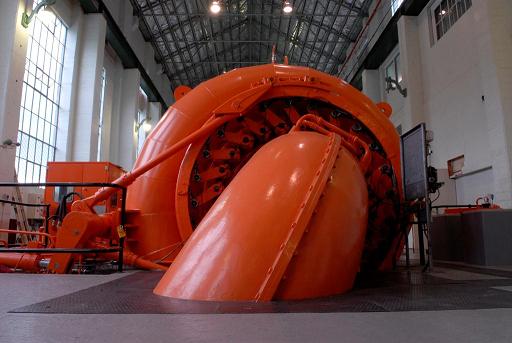 It was a case of saving the best for last when Genesis Energy shares made their debut on the NZX today.

The stock shot up 27 cents, or 17.5 %,  to $1.82 from its $1.55 float price in early trading, giving it much the best starting peformance of any of the Government's partial floats of SOEs. At those prices the $733 million worth of shares sold were worth about $865 million - an instant windfall of more than $130 million.

That makes its debut better than either Mighty River Power or Meridian Energy. MRP shares sold at up to $2.72 on the first day of listing compared with an issue price of $2.50, for an 8.8% gain, while Meridian shares traded as high as $1.09, up 9c on the issue price, for a 9% gain.

Both MRP and Meridian shares appeared to be given a bit of a lift by the Genesis listing today as well, with Meridian shares up to $1.17, while MRP shares were higher at $2.21, though still well down on their listing price.

"Stags", people looking to sell the Genesis shares for a quick profit appeared to be keenly viewing the performance of the stock today, with the NZX website appearing to suffer capacity problems and frequently being unavailable.

Within the first three hours of listing 65 million shares, over 13.5% of the 473 million that the Government sold, had changed hands.

The scene had been set for Genesis to debut well when it was revealed that applications for shares from investors had been sharply scaled due to demand.

This meant there was always likely to be a strong upward push on the shares today, particularly from institutional investors with share index-linked portfolios that might have been left short on allocations and would require more shares to make up their quotas.

A strong share price upon the listing of a stock can be interpreted in two ways: Either it indicates a well-priced stock considered to have good appeal, or the stock has been issued to the public at too cheaper price.

Here's what Labour's SOE spokesperson Clayton Cosgrove had to say:

Kiwi taxpayers have been robbed of $130 million by the Government in its final failed asset sale, says Labour’s SOEs spokesperson Clayton Cosgrove.

“National set the price for Genesis far too low in a desperate attempt to beef up demand. Today that was proven with the traders and institutions making a killing as the price leapt by almost 20 per cent as soon as it listed.

“The financiers and the spivs will be popping champagne corks tonight and laughing at the misfortune of Kiwis as their assets were sold off in a fire sale.

“The sales were only driven by John Key’s political vanities. They turned out to be the Bonfire of his Vanity.

“National knew this was the case. Morningstar valued 50 per cent of Genesis at $900 million but the Government sold it for just $733m.

“This was National’s final failure. Tony Ryall’s valedictory speech should include a personal apology to Kiwi taxpayers for being the most incompetent SOE minister in our history,” says Clayton Cosgrove.

Third time lucky? How much did NZ Inc loose this time?

Hmmmm probably less that what they ripped us poor investors off for with the other earlier two  IPOs if you go by the logic James....the "Greens logic" if there is such a thing.  Fortunately most us look to the long-term with an investment though.

"Fortunately most us look to the long-term with an investment though." Are you suggesting that the National government are only looking short term then to be selling down so much of these 3 New Zealand owned assets? Given the 3 year election cycle, that's probably a rhetorical question.

James,
Apart from the lost dividends relative to the governments very low cost of funds, the market roughly summarises the losses as follows as of today.
Mighty River Power is 7% down on list price, after allowing for 12 cents of dividends paid since listing, so given its market cap, it could be argued that it was oversold by $110 million.
Meridian is currently 21% over its list price, after allowing for a dividend paid of 4 cents, so was sold at a loss as of today to the NZ Government of $160 million. (The extra 50c to come make this worse).
Genesis is immediately 17% higher, so has been undersold by 17% or $150 million short. This amounts to total market losses to New Zealanders of $200 million, plus from memory over $200 million in selling costs, when things like bonus shares are allowed for.
The losses are not going to improve.
A free gift from all  New Zealanders to a few, and to foreigners. The reasons have still not been explained; with the cop out that it somehow helps schools, hospitals etc always being a crock.

An interesting piece by Dr Paul Craig Roberts on privatisation....

"Most privatizations, such as those that have occurred in France and UK during the neoliberal era, and in Greece today and Ukraine tomorrow, are lootings of public assets by politically-connected private interests."

Totally agree, with me trying to monetise above, the losses to New Zealanders in a very short time from the power company sales.

They say a fool and our money are soon parted.!?
They say a bright spark, knows when to pull the plug.
They say a dim wit may never see the light.
SOE. they say.

It worries me that as householders switch to solar, the electricity companies do not have a business model for the future. In many countries turnover for theses companies is flat of falling and it becomes a stagnent investment. They should be going after the transport market which is powered by a diminishing resource, oil, which also has a volatile price. http://www.climateoutcome.kiwi.nz/clean-energy-alternatives.html Its a brave new world if they go for it.

Some people will be running hot and cold on the Sale of New Zealanders assets.
http://www.scoop.co.nz/stories/PA1404/S00348/power-prices-soar-on-the-ev...

Every divergent view you can imagine possible .
I say good luck to those who took up the opportunity, its a good well run business and a good long term prospect