McKinsey research shows China is making significant innovation gains in customer-focused and efficiency-driven industries and we under-estimate their progress
29th Oct 15, 9:10am
by Guest 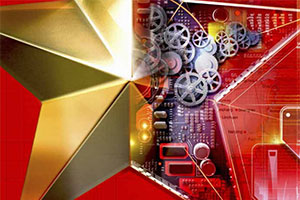 Beyond being the world’s second-largest economy, China is the largest manufacturer and consumer of raw materials; so any sign of weakening there is bad news for the global economy.

But, while concerns about growth certainly merit attention, they should be viewed in the context of China’s longer-term economic trajectory, especially its emergence as a global hub of innovation.

China is not given enough credit for how far it has come as an innovator.

And yet, over the next decade, China could become not only the place where global companies conduct research and launch new products, but also the source of a low-cost and nimble approach to innovation that affects competition everywhere.

This conclusion is based on an in-depth research project by the McKinsey Global Institute, which aimed to gauge where China stands in terms of innovation, by measuring innovation’s true impact – that is, how commercialized ideas actually fare in markets worldwide.

Using a database of 20,000 public companies representing about 30% of global GDP, we looked at global revenue in industries that fit four innovative “archetypes”: customer-focused, efficiency-driven, engineering-based, and science-based. A Chinese industry was classed as strong in innovation if Chinese players were capturing more than 12% of global revenue, the equivalent of China’s share of global GDP, in that sector.

The data show that China has built considerable strengths in industries fitting two of these archetypes: customer-focused and efficiency-driven.

Chinese companies have prospered in customer-focused industries because they have learned to tailor their goods to the needs of their country’s emerging consumer class. Whereas Chinese companies used to focus on designing products that were “good enough” – not quite matching the standard of Western products, but offering huge cost savings – they are now out to create products that are cheaper and better, in order to satisfy wealthier consumers. The sheer size of China’s market – comprising more than 100 million mainstream consumer households – also helps, as it enables companies to commercialize new ideas rapidly and on a large scale.

In efficiency-based industries, China’s prowess is rooted in its role as the “world’s factory.” The country’s massive manufacturing ecosystem – 150 million factory workers, five times the supplier base of Japan, and modern infrastructure – enables process innovations that cut costs, raise quality, and shorten time to market. Chinese manufacturers are also moving up the value chain, building more “knowledge-intensive” products (for example, communications equipment) and developing flexible approaches to automation that blend labor and machinery to maintain responsiveness, while reducing cost.

As for the other innovation archetypes, China has some work to do. To be sure, in engineering-based industries, Chinese companies have had some success. Indeed, while it takes time to build up a base of knowledge and experience strong enough to thrive in this area, some Chinese industries have learned fast, partly owing to the government’s efforts to facilitate technology transfer with global partners. Examples include high-speed trains (41% of global revenue), wind turbines (20%), and communications equipment (18%). But plenty of industries have not fared so well. China’s auto industry, for example, commands just 8% of global revenue, which largely reflects limited learning opportunities.

China has the most catching up to do in science-based innovation, which includes industries like specialty chemicals, semiconductor design, and branded pharmaceuticals. In fact, despite significant investment in technical capabilities – the country spends more than $200 billion annually on research and development (second only to the US) – no Chinese industry in this area has captured more than 12% of global revenues.

One key problem for China’s science-based industries is the long time horizon for new discoveries to be perfected and commercialized. So companies are developing uniquely Chinese approaches to such innovation. For example, to speed up the 15-year process of taking a new drug from the lab to market, Chinese pharmaceutical companies are implementing industrial-style approaches.

Over the next ten years, China has a chance to move beyond merely absorbing and adapting global technologies to become a true innovation leader.

If it succeeds, fears of a prolonged slowdown that hampers global growth will prove unwarranted.

We estimate that innovation in China’s service industries, where productivity lags far behind that of developed economies, could create anywhere from US$500 billion to US$1.4 trillion in economic value per year by 2025. In manufacturing, where China can use its vast resources to lead the world in an era of digitized manufacturing, innovation can add US$450-$780 billion in value each year. This would go a long way toward raising productivity enough to offset challenges like population aging.

Most important, China’s emergence as a true innovator could turn it into a global R&D hub. After all, unlike today’s leading innovators like the US, China offers low costs and proximity to large – and largely untapped – markets, including its own, which enables the rapid deployment of new products. Even with rising wages, Chinese researchers – not to mention other kinds of labor – receive only 10-20% of what their advanced-country counterparts earn.

With a combination of a massive market, low costs, flexibility, and ambition, China offers innovative companies from all over the world the chance to transform their ideas into commercial products more quickly and at lower cost than ever.

As more of them recognize this, and move their operations to China, all sorts of markets could be disrupted. And, eventually, the Chinese model of innovation could become the global standard.

Martin Neil Baily, Chairman of the US President’s Council of Economic Advisers under Bill Clinton, is Chair in Economic Policy Development at the Brookings Institution. Jonathan Woetzel is a director of the McKinsey Global Institute and co-author of No Ordinary Disruption: The Four Global Forces Breaking All the Trends.

This content is © Project Syndicate, 2015, and is here with permission.