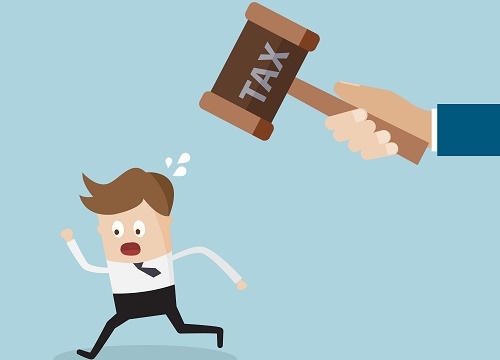 A Waihi farmer and organic butcher who claimed he wasn’t subject to New Zealand laws has been jailed for four years and nine months for not paying nearly $1.5 million in tax.

Inland Revenue’s Group Manager Investigations and Advice, Tony Morris, said that Campbell was "aware of his tax obligations" but from 2010 chose not to file GST, PAYE or income tax returns for the companies, despite having filed GST returns in the past.

The IRD said that Campbell had operated a popular organic butchery and produce shop in Tauranga since 2007, employing up to seven people.

"No PAYE had been accounted for in respect of the shop’s staff, and no income tax returns for the business had ever been filed," Morris said.

IRD estimated that $1,450,145 in tax relating to the farming and butchery businesses had been "evaded" as a result of Campbell’s actions.

Morris said that "despite numerous requests to meet with Inland Revenue staff", Campbell refused to respond – "even declining to accept a letter delivered in person".

"Campbell advised Inland Revenue that it had no authority over him, as he was a beneficiary of the anti-tax movement Nga Uri Whakatipurunga O Ngarae Incorporated," Morris said.

“Campbell seemed to have taken the position that, unlike everyone else, he didn’t have to comply with our tax laws anymore.

“...Campbell was effectively ripping off honest New Zealand taxpayers, because he was benefiting from services their taxes funded without paying any tax himself.

“We want honest taxpayers to know that when people try to cheat the system, they will be caught and punished.”

I'm sure someone can set me right but does this summarise the NZ justice system...

Yes and wait for the big internationals like Google et al to reach agreed settlements where large sums are given to the IRD without any admission of guilt.....
http://www.theguardian.com/technology/2016/jan/31/google-tax-deal-not-a…

Fenderbender and Smalltown have hit the nail firmly on the head.
I do suspect he could get out of jail early on good behaviour however.

How does that compare with the accountant who was up for many millions more and who just kept on saying nah.

Actually I'd rather honest people work in the IRD!!

I got rung up and abused for not filing my personal tax return for the period end of March....I told the fella that it was impossible to file it as it was only the end of July and our financial year for business was end of June so filing personal tax information couldn't happen until the business books had been completed. All I got was the riot act on the end of the phone and how I was dodgy and owed the IRD. and demands for instant payment of an unknown amount.....he carried on bullying and abrasive until I stated that I would be getting our accountant to contact the IRD shortly....again he didn't believe that I was off to phone the accountant....of course I get a bill for having to get the accountant involved in making a call etc.....and that little shit from the IRD got away scott free......he didn't know his job, he was rude and obnoxious and he cost me money through his dishonestly of not knowing his job but claiming he did anyway.

You can't be one day late filing any of the various paperwork even if you have paid, as you will get late filing penalties.....And look how the IRD manages to compound student debts...this compound effect is across all platforms the IRD administers.......it is the IRD who is ripping off NZ'ers.....they are not efficient at collecting taxes, they make hideous recommendations to the Government which grows the size of their organisation, they should pay businesses for collecting taxes on their behalf.

If we had an APT Tax none of us would have to do all this shitty bookwork and this fella Campbell would have had a hard job avoiding it too. So who is ripping who off ?

How many people have committed suicide from pressure that the IRD exerted upon them?

Don't worry they got a bargain on a new software upgrade, should solve all problems.
Inland Revenue has selected Fast Enterprises as its preferred supplier to design and supply the software platform that will run New Zealand's new tax and social policy administration system.

The useless sods how can they justify spending a billion dollars on a tech contract.....damn bureaucrats are out of control with their spending....this is tax payers money which was initiated from businesses at the get go........

Headlines should be "Are the bureaucrats going to bankrupt NZ".

who's going to stop them?

There is no political party or platform around to bring the bureaucrats to heel.

I actually have to ask the question of whether Campbell is actually a political prisoner? He seems to fit the definition of one!!

Its a sad affair when the only balance of power is assumed to be the media.
What ever happened to the Upper House.
For those in the dark there is a little room in parliament that used to house the Upper House.

I whinge on here all the time about the 1688 Bill of Rights....the famous document that provisioned 2 houses......and many other provisions. I think perhaps there is an opinion that because it is old it is no longer of use or outdated....

Well,
We are all outdated really, with the Privy Council and a irrelevant New Zealand flag.
We could add the leafy suburbs of Auckland to that collection.

Collectively, we all could....but we will never "Band' together?.

They have you all.., over a barrel.

What is a mere Billion to these people, plus on going costs... just an extra cent or two and it is all crowd funded....as is all their work.

A.. Bit like the beach we taxpayers helped buy today...and payed over the odds for.......yet again. Seabed and Foreshore...for sure.

Drifting through the fingers...just like sand blowing in the wind to our Ministers and administers...

Still it is only to bail out a debtor who bought it for a song a few years back..

"'The answer my friend is blowing in the wind" I remember it well.

A mere bagatelle to the high and the mighty, easy come, easy go...

Ask any Govt Debt Dept...what they run on, not an excess, but a deficit...Couldn't add up...to save their lives.

And they never have. They do not have to.

To them money grows on trees, to be harvested...by muggins......and the muggins, is you and I.

A deficit, in deed, mind over matter...They do not mind, you do not matter.

Nah, this guy has had it coming for years....his company Probitas was done about 8 years ago by the Commerce Commission for selling dodgy 'fertiliser' (basically ground rock)...the result the unenviable claim to the biggest fine handed down under the Fair Trading Act ...still stands today..about $250,000...arrogant enough to think he could defend himself then...he refused to pay the fine....if he had bothered to defend himself properly he might have even got off...just too arrogant then...as now.