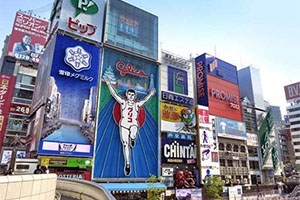 In a bold attempt to reflate the Japanese economy, the Bank of Japan has now pushed interest rates on deposits into negative territory.

Though this policy is not new – it is already being pursued by the European Central Bank, the Bank of Sweden, the Swiss National Bank, and others – it is uncharted ground for the BOJ.

And, unfortunately, markets have not responded as expected.

In theory, negative rates, by forcing commercial banks essentially to pay the central bank to be able to park their money, should spur increased lending to companies, which would then spend more, including on hiring more employees. This should spur a stock-market rebound, boost household consumption, weaken the yen’s exchange rate, and halt deflation. But theory does not always translate into practice; while the BOJ’s introduction of negative rates almost immediately pushed the interest-rate structure lower, as expected, the policy’s effects on the yen and the stock market have been an unpleasant surprise.

One reason for this is widespread pessimism about Japan’s economy, reinforced by volatility in China, monetary tightening in the United States, and the collapse in world oil prices. But, as BOJ Governor Haruhiko Kuroda recently reported to the House of Councillors, Japan’s economic fundamentals are generally sound, and pessimistic predictions are greatly exaggerated.

In fact, Prime Minister Shinzo Abe’s economy strategy – so-called “Abenomics” – has enabled Japan to stay on a reasonably positive path in highly uncertain times, with the economy showing signs of steady recovery from its decades of stagnation. Since Abe took office in 2012, 1.5 million jobs have been created, and the unemployment rate has fallen from 4.6% to 3.3%. Moreover, tourism has surged, and both company and government revenues have been rising rapidly.

Even Japan’s external challenges may not be such bad news. For starters, Japan, like emerging economies with flexible exchange-rate regimes, may actually benefit from America’s monetary tightening, as an appreciating dollar makes Japanese exports more competitive. Similarly, because Japan can meet at most 6% of its own energy needs, cheap oil is a true blessing – one that may well endure for some time to come.

As for the economic situation in China, there is certainly reason for concern. The problem is that, while the “hardware” of the Chinese economy has advanced substantially since Deng Xiaoping initiated his “reform and opening up” policy almost four decades ago, the “software” of economic policymaking is constrained by excessive state management. As a result, the country is struggling to shift to a more sustainable growth model, underpinned by a thriving services sector and strong domestic consumption.

Until China reckons with the ruling Communist Party’s stranglehold on key levers of the economy, it will be a source of market uncertainty that reverberates throughout the global economy. But even here Japan’s situation is not as dire as many seem to think, owing to its limited exposure to China; for example, exports to China amount to only 3% of Japan’s GDP.

Given this, there is no reason why the Tokyo stock market should gyrate whenever the Shanghai market shakes. The conventional hedge-fund strategy should be going short on Shanghai stocks and long on Tokyo stocks.

And yet, even though Japan’s economic situation is far from dire, introducing negative interest rates has not been treated as what it is: a maneuver to loosen monetary policy. Instead, the Japanese stock market regarded negative rates as a harbinger of greater financial risk, and speculators have remained bullish on the yen.

The statistician and economist Yoichi Takahashi tells me that the yen’s 8% appreciation over just ten days in February is abnormal, and probably fueled by speculative attacks. In his opinion, some interventions in the exchange market by the Ministry of Finance may need to be pursued to contain the extraordinary fluctuations.

From 2003 to 2004, the Japanese treasury purchased a large amount of dollars, thereby easing monetary conditions at a time when the BOJ was reluctant to pursue open market operations. In recent years, however, the yen’s exchange rate has been determined through monetary policy, not manipulated by intervention.

In general, I welcome this new approach, and thus do not recommend major interventions to change the direction of the yen exchange rate.

I do, however, believe that sporadic interventions may be needed to punish speculators who are taking advantage of temporary market psychology to keep the yen far above its market value.

From 2003 to 2004, the Japanese treasury purchased a large amount of dollars, thereby easing monetary conditions at a time when the BOJ was reluctant to pursue open market operations. In recent years, however, the yen’s exchange rate has been determined through monetary policy, not manipulated by intervention.

The symptom, a manipulated JGB market, where over investment has starved main street growth. Read more