Fake goods trade worth as much as the global drug trade; more if you include software. A rising problem, one originating principally in China

Fake goods trade worth as much as the global drug trade; more if you include software. A rising problem, one originating principally in China 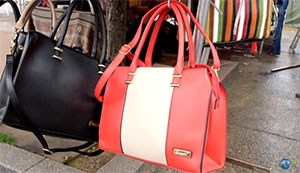 Imports of counterfeit and pirated goods are worth nearly half a trillion dollars a year, or around 2.5% of global imports, with US, Italian and French brands the hardest hit and many of the proceeds going to organised crime, according to a new report by the OECD and the EU’s Intellectual Property Office.

“Trade in Counterfeit and Pirated Goods: Mapping the Economic Impact” puts the value of imported fake goods worldwide at USD 461 billion in 2013, compared with total imports in world trade of USD 17.9 trillion. Up to 5% of goods imported into the European Union are fakes. Most originate in middle income or emerging countries, with China the top producer.

The report analyses nearly half a million customs seizures around the world over 2011-13 to produce the most rigorous estimate to date of the scale of counterfeit trade. It points to a larger volume than a 2008 OECD study which estimated fake goods accounted for up to 1.9% of global imports, though the 2008 study used more limited data and methodology.

“The findings of this new report contradict the image that counterfeiters only hurt big companies and luxury goods manufacturers. They take advantage of our trust in trademarks and brand names to undermine economies and endanger lives,” said OECD Deputy Secretary-General Doug Frantz, launching the report with EUIPO Executive Director António Campinos as part of OECD Integrity Week.

Fake products crop up in everything from handbags and perfumes to machine parts and chemicals. Footwear is the most-copied item though trademarks are infringed even on strawberries and bananas. Counterfeiting also produces knockoffs that endanger lives – auto parts that fail, pharmaceuticals that make people sick, toys that harm children, baby formula that provides no nourishment and medical instruments that deliver false readings.

The report covers all physical counterfeit goods, which infringe trademarks, design rights or patents, and tangible pirated products, which breach copyright. It does not cover online piracy, which is a further drain on the formal economy.

It notes that emerging economies tend to have the infrastructure for large-scale trade but often suffer from governance gaps and may lack the institutions and enforcement capacity to effectively tackle counterfeiting. While China is the top provenance of fake goods, its most innovative companies also fall victim to counterfeiters.

The top countries whose companies had their intellectual property rights infringed in the 2011-13 seizures were the United States, whose brands or patents were affected by 20% of the knock-offs, then Italy with 15%, and France and Switzerland with 12% each. Japan and Germany stood at 8% each followed by the UK and Luxembourg.

Postal parcels are the top method of shipping bogus goods, accounting for 62% of seizures over 2011-13, reflecting the growing importance of online commerce in international trade. The traffic goes through complex routes via major trade hubs like Hong Kong and Singapore and free trade zones such as those in the United Arab Emirates. Other transit points include countries with weak governance and widespread organised crime such as Afghanistan and Syria. The report shows trade routes change greatly from year to year as counterfeit gangs spot new weak points.

I cannot see why we continue to trade with a country who continues to look the other way when it comes to manufacturing illegal goods. [Unnecessary epithet removed. Ed]

United States, whose brands or patents were affected by 20% of the knock-offs.....WOW! That is huge. if ever there were a reason for the US to threaten military action, this would be it.

I bought some socks off ali-baba's retail arm that is a synonym for 'fast' and begins with 'E' - saved 90% on the real thing.

I expect the sky to fall on my head, or earth to swallow me up due to the dangers of consuming such pirated goods according to the naysayers.