Chang Ka Mun and Jaana Remes argue that Chinese urban consumers represent the future of the global economy
8th Sep 16, 9:02am
by Guest 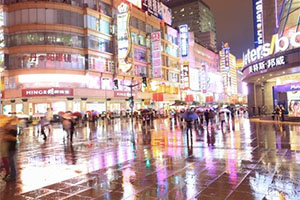 By Chang Ka-Mun and Jaana Remes*

For 15 years, China has been a key engine of global growth.

But now that China’s investment-led boom has run its course, continued economic growth – in China and globally – will depend on urban Chinese consumers.

By 2030, people living in cities will drive 91% of global growth in consumption, and China is emphasizing both urbanization and a consumer-led growth model.

The McKinsey Global Institute’s latest research is optimistic that China’s strategy will succeed. MGI (where one of us is a partner) foresees continued growth in the number and income of urban consumers, and predicts that 700 Chinese cities will generate $7 trillion, or 30%, of global urban consumption growth between now and 2030.

Today, China’s urban working-age consumers number 521 million; in just 15 years, their ranks will have swollen to 628 million. Beijing, Guangzhou, Shanghai, and Shenzhen will each add more than one million households with annual income above $70,000 – the number of Hong Kong households in that income bracket today. Per capita spending is set to jump from $4,800 to $10,700 by 2030, at which point this group will spend 12 cents of every $1 of urban consumption worldwide.

Urban incomes in China are now reaching a threshold where spending on both goods and services accelerates rapidly. Annual household spending on personal products and on dining out will more than double, to $770 and $720, respectively. Chinese consumers are also traveling more, with the China Outbound Tourism Research Institute predicting that more than 100 million Chinese will travel abroad by 2020.

China’s new consumer army will have the means and, more important, the willingness to spend its higher earnings. According to McKinsey’s 2016 Global Sentiment Survey of more than 22,000 consumers in 26 countries, China’s working-age population has the world’s highest propensity to spend additional income, rather than save it or use it to pay off debt.

Just like Western baby boomers, Chinese urban consumers – who have grown up in post-reform China and have different views from their parents about saving versus spending – will make a generational break from the past. That shift in mindset will fuel China’s transition to a consumer-led economy.

China’s working-age consumers, as children of the digital age, are driving innovation by interacting directly with companies to help reinvent products and services. In a McKinsey survey, 55% of them said that they would be willing to recommend a product, service, or company to their friends or family on the social network WeChat. Xiaomi, the Chinese smartphone company, conducts direct online polling of consumers to find out what innovations they would like to see. The company has more than ten million “fans” on Weibo, the microblogging platform.

And now Western companies are following suit. Volkswagen’s China operation engages with potential customers directly online, rather than relying solely on traditional dealerships. The Fung Group (where one of us is a managing director), in partnership with IBM and Pico, has set up a “retail laboratory” in Shanghai to provide a controlled setting for businesses to observe – in real time – how consumers react to new technologies and products.

In addition to driving further innovation, Chinese consumers – even those with relatively low incomes – are also investing heavily in the next generation, with 12.5% of overall consumption growth expected to go to education between 2015 and 2030. That’s the second-highest rate of any country MGI examined, behind only Sweden (12.6%). By investing in the skills and capacity of the next generation now, Chinese consumers are building a strong foundation for continued growth and innovation in the future.

That continued growth will require China to shift its economic model further from production to consumption. No pivot of this kind is easy, and many challenges lie ahead. But China’s increasingly prosperous, educated, and confident consumers have the clout – and the numbers – to transform the way the world spends, possibly even more than Western baby boomers did in their prime. Their mobile-first shopping habits, openness to travel and new experiences, and rising purchasing power suggest that the products and services they buy will influence consumer markets worldwide, fueling global economic growth. The world economy needs them – and no consumer-facing company can afford to ignore them.

Chang Ka-Mun is managing director of the Fung Business Intelligence Centre of the Li & Fung group of companies. Jaana Remes is a partner at the McKinsey Global Institute.

A load of deluded wishful thinking. Where is their wealth coming from exactly?? it sounds like the plan is to issue everyone with a bottomless credit card.

There is no net ENERGY to generate this growth in wealth.

The wealth is coming from the same place the middle class wealth came from in Victorian Britain or 20th century Germany and North America; Industrialisation, modernisation and consumption.

Perhaps your net energy (correlation) theory needs some revision to include these (determining) elements of economic growth.

"The world economy needs them"
But does the planet? It may be outside the writers pay scale but no mention about the consequences of what amounts to a near doubling of global consumption when we are at or over the tipping point in so many areas.