Zaynab el Bernoussi says the People's Republic is using its shared colonial history with the global South strategically
7th Dec 16, 9:06am
by Guest 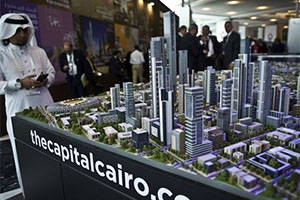 China is quickly becoming a world power, capable of exercising considerable influence over other countries.

And it is advancing to the center of the geopolitical stage just as – if not because – American and European leadership seems to be retreating into the wings.

China certainly has a receptive audience. One reason is that the “darker nations,” as the international-studies scholar Vijay Prashad calls global-South countries, feel greater kinship with China than with the United States and Europe. They identify with China’s history of anti-imperialist struggle, and even with Chinese people’s physical appearance. If you are an emerging superpower, there is a distinct advantage to having the majority of the world’s population hold such sentiments.

The way China plays its global role also differs notably from that of the West, because it emphasizes its similarities with the “rest,” to use the historian Niall Ferguson’s expression for the non-Western world. With this strategy, China has expanded its sphere of influence far beyond its immediate region.

Sub-Saharan Africa is often cited as an example of a region where China’s influence has superseded that of Europe’s former colonial powers. And, more recently, the Chinese government has stressed its long-standing interest in the Middle East and North Africa (MENA), and in Egypt in particular. Earlier this year, Chinese President Xi Jinping visited Cairo as part of a regional tour to promote China’s “one belt, one road” initiative, a latter-day revival of the legendary Silk Road – the ancient network of trade routes connecting the Far East to the Mediterranean.

An important feature of China’s complex regional strategy is its attempt to address partners on a more equal footing. In the case of Egypt, it has done so by appealing to a shared history – a tactic that resonates in both countries. When the Chinese travel site Kooniao recently showcased the geochemist Sun Weidong’s assertion that Chinese civilization may have originated in ancient Egypt, Chinese readers responded with excitement; they were happy to be considered on par with Egypt. This episode suggests a revival of earlier discussions among Chinese officials in the post-World War II era, which also situated the origins of Chinese civilization in the West.

It is tempting to ask if China implicitly uses civilizational theories to endear itself to particular regions at particular times. What we do know is that China has had an interest in the Arab world at least since the start of the postcolonial era, when new countries were established across the MENA region. That interest was embodied in the relationship between the first premier of the People’s Republic of China, Zhou Enlai, and Egypt’s independence hero and second president, Gamal Abdel Nasser.

Zhou and Nasser were both key leaders in the global South’s struggle for independence and ideological autonomy. But the Cold War, the Sino-Soviet split, and Western international institutions’ development programs soon disrupted cooperation among global-South countries, and ties between China and Egypt weakened. That changed this year with the highly publicized meeting between Xi and Egyptian President Abdel Fattah el-Sisi in January.

When Egypt’s military removed Morsi and el-Sisi became president, he continued to move his country closer to China. Xi returned the favor, and used his trip to Cairo to commemorate 60 years of bilateral diplomatic relations. Xi had visited Egypt 16 years earlier, and on his second official trip he praised Egyptian civilization: “If you drink from the Nile, you will return.”

Egypt and China have agreed to a number of massive bilateral deals. One that stands out is a $45 billion Chinese-funded project to build a new Egyptian capital in the desert outside of Cairo. The project’s symbolic importance is obvious: China wants to cement its role as the region’s biggest ally, in place of the US.

Indeed, the renewed Sino-Egyptian relationship is a cornerstone of China’s effort to attract new allies in regions once dominated by US and European interests. And it is here where China’s reliance on a civilizational discourse of mutual respect and shared history stands in stark contrast to the West’s colonial, post-colonial, and neocolonial discourse, which tends to frame local cultures as backwards or inferior.

By lavishing praise on Egypt’s local culture, and by alluding to shared origins, China is strengthening its diplomatic relations and chances for future economic cooperation. In exchange, Egypt – a gateway to the Arab world – will become a crucial strategic ally for China. By deepening its relationship with Egypt, China stands to increase its influence in other MENA countries, too.

If you follow the link to the "darker nations" you see this:

“‘Europe’ is morally, spiritually indefensible. And today the indictment is brought against it . . . by tens and tens of thousands of millions of men who, from the depths of slavery, set themselves up as judges.” —Aimé Césaire, Discourse on Colonialism

"..the "darker nations"...feel greater kinship with China than with the United States and Europe."

I was talking to a Chinese chap that just returned from a safari in Africa and I asked him if he saw many other Chinese people there and if the Africans made any comment. He said the tour guides told him the Africans like the Chinese because they get practical stuff done, like build roads, while the Europeans attach all sorts of 'conditions' on their aid. It seems the West just can't help being imperialistic. I imagine in return for aid they insist on "democracy" and "human rights" improvements.

Which again brings me back to an unanswered question. If China is so successful why don't we promote the Chinese way of doing things? Would a Chinese political model work well for Africa or even for a declining West?

If you ask a typical Chinese person what they think the future holds for Europe they will laugh and say that Europe has no future and soon it will be Islamic. It is understandable why they may be reluctant to embrace democracy. A while ago I was talking to a Chinese person about the welfare state of NZ and he said it was great and all, more socialist than even China, the Europeans had built a great thing but it wouldn't last...because of unrestricted immigration.

Chinese don't believe in diversity (and no doubt see us as suckers - which we are)
http://www.economist.com/news/briefing/21710264-worlds-rising-superpower...

Nothing to worry about, as, according to the article, "In economic terms, China will cut itself off from an important source of economic growth, waste resources in discriminating against ethnic minorities and fail to use its human talent to better effect".

Their outdated notion that only a Han can be Han will be their downfall!

Very good article on China and we here in NZ have a lot to learn from them. www.specialisedstructures.co.nz