Fathom Consulting shows how emotion has played its part by giving pre-Christmas returns a measureable bounce. But in the time of robo- and algorithmic trading, will that still apply?

Fathom Consulting shows how emotion has played its part by giving pre-Christmas returns a measureable bounce. But in the time of robo- and algorithmic trading, will that still apply?
28th Dec 16, 8:56am
by Guest 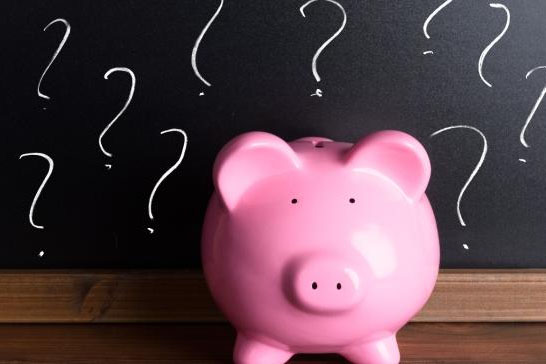 'Twas the night before Christmas, when all through the house
Investors awaited the pre-Christmas bounce.
Theory aside, the literature was clear,
For those with investments 'tis the 'most wonderful time of the year'.

Investors are well aware that much money can be made on stock markets in the pre-Christmas bounce. Indeed, there is now a wealth of academic research on the matter, which offers a conclusion about as close to unanimous as economists are ever likely to reach: "Equity markets do better in the week before Christmas than in other weeks". Probably.

But the occurrence of such a phenomenon year-in and year-out is a challenge to the economic orthodoxy, which insists that there are no dollar bills left lying on the sidewalk. In fact, some research suggests that pre-holiday returns may be as much as 10-20 times greater than they are during the rest of the year1. Additionally, it turns out that this is not just about Christmas either. Something similar tends to occur around other major holidays too, although returns before religious holidays exceed those of non-religious ones, possibly because they tend to be associated with more time off work.2

So what is going on? A long list of theories that attempt to answer the question have fallen by the wayside, but an enduring (if unconfirmed) hypothesis is that it is a result of a psychological increase in euphoria associated with festive periods; in other words, 'Christmas cheer'. This would also explain why the effect is predominately seen in countries that actually celebrate Christmas.

So time to pile in, right? Perhaps not. The additional Christmas bonus appears to be in decline. The moving average of the difference between festive and non-festive returns has fallen sharply in recent years and is close to its lowest ever level. Without knowing why this phenomenon has occurred in the past, it is difficult to say with any degree of confidence why it may be fading now. But the dramatic increases in algorithmic trading may be playing the role of 'Scrooge' and spoiling the party.

Maybe markets are efficient after all then, but with a delay. This Christmas it might be best to leave the trading to the unemotional algorithms, slip on a festive jumper and head to the pub.

Happy Christmas from all of the team at Fathom. We will be back in the New Year, armed with our Global Economic and Markets Outlook for 2017 Q1. We see a pick-up in growth globally, but concentrated firmly in the US. Whisper it, but the tide might finally be turning for the world's largest economy. 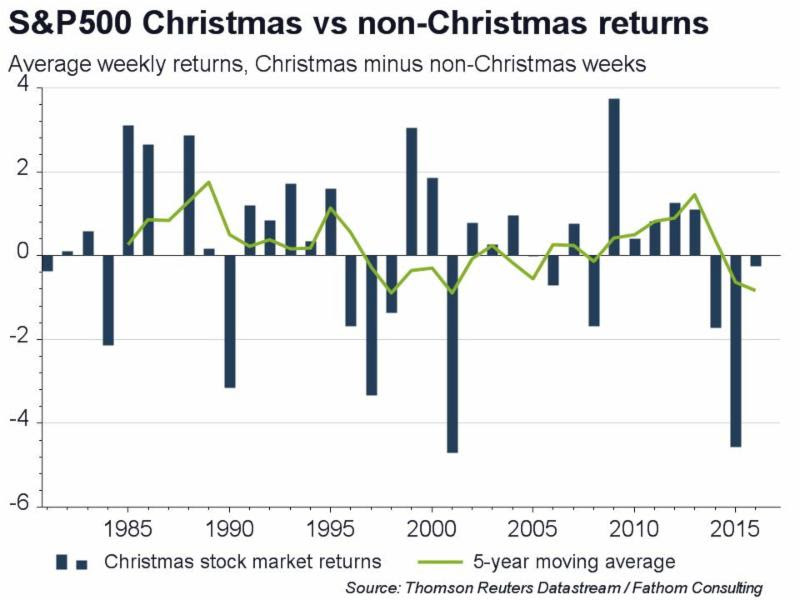 Fathom Consulting is a London-based research house supplying macro research and advice on the macro economy and financial markets to a number of the world’s leading corporate and financial institutions, governments and policy groups. This article is a re-post of an item in their "Thank Fathom it's Friday" column. It is here with permission.