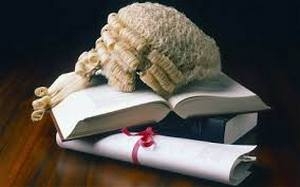 The New Zealand Law Society continues to balk at the Government's plans to extend the Anti-Money Laundering and Countering Financing of Terrorism (AML/CFT) Act to its members.

The Law Society sets out a broad range of concerns in a submission on the Ministry of Justice's AML/CFT Amendment Bill Exposure Draft.

Among the problems the Law Society argues exist with the Government's plans are; the proposed January 1, 2018 start date for lawyers needing to comply with the AML/CFT Act being too soon, the regime shouldn't apply to NZ lawyers until a similar regime applies to Australian lawyers, maintaining the importance of legal professional privilege, and arguing the Law Society itself, rather than the Department of Internal Affairs as proposed, should supervise lawyers for compliance with the AML/CFT Act.

The Law Society also raises concerns about how and when lawyers would be required to report suspicious activities.

"Over the last decade there has been a large influx of foreign capital into New Zealand. This capital inflow has made its presence felt not just in the housing market but also in most spheres of economic activity. Understanding how or what to look for, in conjunction with what are often quite large transactions, in order to form the requisite ‘suspicion’ will require detailed guidance," the Law Society says.

In December Justice Minister Amy Adams said the Government planned to introduce the AML/CFT Amendment Bill to Parliament early this year and have it passed by mid-2017. The Amendment Bill expands the AML/CFT Act to accountants, lawyers and real estate agents.

'Not immune from the mischief'

For its part the Law Society does acknowledge the NZ legal profession is not immune from "the mischief which the AML/CFT regime is designed to deter and detect and the legal profession has a responsibility to co-operate in the global response to money laundering and terrorist financing." But, it also argues that there's a "significant tension" between the obligations of lawyers to their clients, the traditional lawyer-client relationship and the role of lawyers as trusted advisers and their role as informants under the new regime."

The Law Society suggests lawyers should have a lead-in period of "at least two years" before the AML/CFT Act is extended to them. In the meantime, it notes the identity verification, record keeping and reporting certain suspicious transaction requirements of the Financial Transactions Reporting Act 1996 will continue to apply to its members.

Meanwhile the Law Society is digging its toes in, arguing against the Ministry of Justice's plan for lawyers to be supervised for compliance with the AML/CFT Act by the Department of Internal Affairs. The Law Society continues to argue that it itself should supervise lawyers for compliance.

However, elsewhere in the submission the Law Society says even the largest commercial law firms aren't resourced to prepare for and implement compliance on the scale required by the proposed AML/CFT reforms. And given lawyers are not currently resourced or experienced in AML/CFT compliance, the legal services sector will have to "develop capability in existing staff and systems from scratch," against the backdrop of a shortage of compliance experts with AML/CFT experience available in the NZ market.

Warns of potential for increased costs for clients

Nonetheless, the Law Society says it has a "very competent inspectorate" that carries out on-site inspections of law firms.

"Its function could readily be expanded to include AML/CFT supervision matters, in a manner which would be much more cost effective than could be achieved by a separate supervisor," the Law Society argues.

"Neither the Law Society nor the legal profession wish to see dual regulation of the profession. This would increase compliance costs which would ultimately be borne by consumers of legal services."

In November Adams said extending the AML/CFT Act to real estate agents, solicitors and accountants could cost 'mums and dads' $1.6 billion over 10 years.

In its first submission to the Ministry of Justice last year the Law Society argued that it should supervise lawyers for compliance with the AML/CFT Act. In contrast major law firms Chapman Tripp and Bell Gully argued the Government ought to follow the Australian example and set up one single AML regulator along the lines of AUSTRAC. NZ currently has three AML regulators being the Department of Internal Affairs, the Financial Markets Authority and the Reserve Bank.

The government has to fight the lawyers on this one. Without lawyers most money laundering cannot take place. And the idea of self-regulation; what a joke.

The question must be asked - where is the root of corruption in NZ? -"maintaining the importance of legal professional privilege," and lawyers supervising lawyers.

The gavel needs to fall heavily on this attitude, it smacks of lawyers considering themselves apart from and not subject to the law. The message needs to be sent promptly and bluntly that any lawyer assisting criminals, in this jurisdiction or from any other, to launder and hide their ill gotten gains, will face the full weight and penalties of the law.

To argue that they need time to prepare themselves for this law suggests that they are so embroiled in money laundering that it will take time to both extricate themselves from it and hide the fact that they are doing it, or find ways to bury it so deep it can't be found.

Hi, I want to buy a house and here is the cash, from July new regs require the reporting of any cash deposits greater than $10,000 and wire transactions greater than $1,000, pretty simple guidance, no privilege required, no difficult decisions to make, just report it.
If you think your clients funds are from dodgy sources report it. If you want to turn a blind eye, you take the risk. Lawyers are well educated people, this is not rocket science, should be simple to implement. Don't lawyers ethics require them to uphold the law, Ok to defend people, but I don't think that privilege applies to transactions that may be dodgy. Lets not muddy the waters between legal defence and said advice with conveyancing and investing clients monies. If a lawyer has feels they have a conflict, then they probably do and should recuse themselves from the transaction, thus preserving their legal privilege.

not sure why lawyers should be above other reporting entities. they are privy to more information than most, they are also bound to ethical standards. seems strange that they are so defensive. That is unless they have something to hide?