Is betraying partners the new way to succeed in international relations? Koichi Hamada uses game theory to show how this may work for the US administration's foreign policy and where it falters

Business
Is betraying partners the new way to succeed in international relations? Koichi Hamada uses game theory to show how this may work for the US administration's foreign policy and where it falters
29th Apr 17, 9:26am by Guest 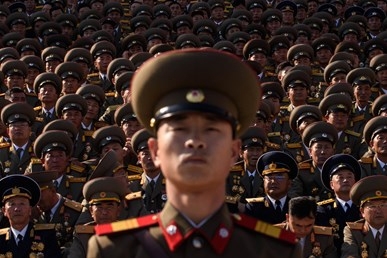 As with any human interaction, international relations, whether economic or political, is a combination of cooperation and competition. The “cooperation” part benefits all involved, whether by sustaining world peace or boosting growth and prosperity through free trade. The “competition” part creates serious risks, from economic impediments to war and environmental destruction. So why don’t countries cooperate more?

Game theory, which provides mathematical models of conflict and cooperation between rational decision-makers, has generally not offered much in the way of desirable strategies for overcoming this dilemma, let alone an optimal strategy for resolving actual conflicts. Yet, thanks to the University of Michigan’s Robert Axelrod, this may no longer be the case.

Axelrod held tournaments among major game theorists and political scientists to identify the most effective approach in a repeated game of prisoner’s dilemma. The winner – the strategy most likely to produce a cooperative outcome – was Anatol Rapoport’s tit-for-tat (TFT) strategy.

Of course, when the other player is cooperating, it might be tempting to defect, in order to increase your own payoff and potentially even secure a windfall. But, according to the TFT strategy, the other player would then also defect, creating losses that, whether immediately or over time, would offset whatever gains you had secured.

By beginning with cooperation and penalizing a player for defecting, the TFT encourages positive and mutually beneficial behavior. The question is whether it can work in the real world. With US President Donald Trump entering the fray of international relations with something of a defector’s attitude, perhaps now is the time to find out.

The international community has long worked toward free trade, a kind of cooperative solution. Any attempt by Trump to fulfill his campaign promise to impose trade restrictions, punitive tariffs, and border taxes would thus amount to a defection by the US. In that case, it would be understandable, even appropriate, according to the TFT approach, if America’s trade partners retaliated. While Trump’s focus on bilateral trade balances betrays a lack of understanding of how trade works – multilateralism functions better than bilateralism, as it is less likely to leave one economy beholden to another – it also makes the bilateral TFT strategy more straightforward to implement.

History tells us just how easily defection in trade can backfire. In 1930, the US enacted the Smoot-Hawley Tariff, which raised import duties on more than 20,000 goods. Within three years, US imports plummeted by 66%, while exports plunged as well, by 61%. The rest of the world suffered, too: from 1929 to 1934, global trade fell by two-thirds.

Fortunately, Trump has backed away from many of his more aggressive positions on trade. Most notably, far from labeling China a currency manipulator “on day one” of his administration, as he promised during the campaign, he has dropped the charge completely, asking why he should take that step, when China is helping with other challenges (such as the North Korea nuclear threat).

And there is more good news: Trump seems to be employing the TFT strategy himself, as he moves to punish defectors, including two of the most hostile: North Korea and the Islamic State. That has meant authorizing US military leaders to follow their judgment, resulting in the use of America’s largest non-nuclear bomb on an underground tunnel network in Afghanistan. As for North Korea, Trump has ordered a US Navy aircraft carrier group to sail to waters off the Korean Peninsula, while declaring his intention to cooperate with China to punish Kim Jong-un’s regime further.

To be sure, Trump’s intuitive use of game theory is risky, because he is pursuing brinkmanship with actors that have shown zero interest in cooperation. Asian countries, in particular, are watching events unfold with bated breath. That is why the precise and informed execution of the TFT strategy is so important.

It is here that the Trump administration may be falling short. When he proclaimed that the USS Carl Vinson was moving toward the Korean Peninsula, it was actually taking part in joint exercises with the Australian Navy in the Indian Ocean, 3,500 miles away. That mistake did nothing to inspire confidence in South Korea and Japan.

Accommodating defectors’ aggressive behavior will never bring peace. But establishing cooperation as the only viable option for the defectors might. In order to accomplish this, without putting anyone in jeopardy, the perception gap between Trump’s imagination and reality must be narrowed much further.

Koichi Hamada, Professor Emeritus of Economics at Yale, is a special adviser to Japan’s prime minister. This content is © Project Syndicate, 2017, and is here with permission.

Love him or hate him Trump has been a master of TFT strategy for decades.