How US Republicans want to make life easier for US overseas tax cheaters. Rand Paul leads an effort to help the very wealthy hide money offshore

How US Republicans want to make life easier for US overseas tax cheaters. Rand Paul leads an effort to help the very wealthy hide money offshore
1st May 17, 10:28am
by Guest 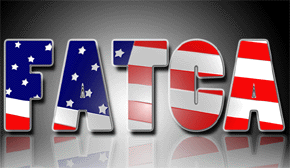 *This article comes from David Cay Johnston's DCReport and is used with permission.

Republicans are trying to help rich tax evaders continue to cheat the system. The House Subcommittee on Government Operations held a hearing on Wednesday to try to repeal the tax compliance and transparency law known as the Foreign Account Tax Compliance Act (FATCA).

Sen. Rand Paul (R-Ky.) testifies on behalf of overseas tax evaders at Wednesday’s hearing. In short, the move is an effort to allow the very wealthy to hide their money overseas, something FATCA has made it more difficult to do since its inception in 2010. The law requires foreign banks and financial institutions holding US client accounts to report account information to the IRS, as US banks do.

Economists estimate offshore tax evasion costs the US economy between $40 billion and $100 billion a year.

But what about the super wealthy who can afford to stash large amounts of cash in international bank accounts?

Those are the only ones affected by FATCA, and Republicans continue to watch out for their interests. Rep. Mark Meadows (R-N.C.) and Sen. Rand Paul (R-Ky.) are leading the effort by introducing two new bills (H.R. 2054 and S. 869) to repeal the law. Paul, who testified at Wednesday’s hearing, and a group of expatriates even filed a lawsuit last year claiming FATCA constitutes an unconstitutional breach of privacy, as well as an illegal treaty. A Federal judge tossed out the case.

Before FATCA was put into effect, there were cases where international banks, such as UBS, didn’t comply with transparency standards already in place and did not disclose the taxable income of their US clients. That led to UBS, the largest bank in Switzerland, having to pay a $780 million penalty when it admitted that it had helped tens of thousands of American clients evade US taxes.

Meadows and Paul want the public to think FATCA has harmful and unintended consequences on Americans. They’ve even gone so far as to suggest the law is responsible for foreign banks turning away business with US citizens to the point where some people have dropped their citizenship altogether.

If that sounds extreme and inaccurate, that’s because it is. FATCA imposes no new taxes on any individual, in the US or abroad. With or without the law, US taxpayers with money in foreign banks would still owe taxes, as they did long before FATCA was implemented. And of the 9 million US citizens living abroad, the number who denounce their citizenship each year is less than one-tenth of 1%, according to the US State Department.

“The reality today is that Americans living abroad can get banking services in virtually any country,” Elise Bean, Washington Co-Director of the Levin Center at Wayne Law Wayne State University, wrote in her document for the hearing in support of FATCA. Not only are tens of thousands of international banks compliant with these transparency guidelines, but Americans can put assets in American banks that have overseas branches or use online banking.

And for those arguing that there’s a cost to Americans for this reporting compliance, that’s also untrue. Any costs associated with FATCA compliance are borne by foreign banks. And FATCA-like standards are being implemented by 100 other countries looking to crack down on their own homegrown scofflaws.

FATCA levels the playing field for US banks. For years, American banks had to play by the rules of financial disclosure while foreign banks did not, giving them an advantage with clients looking to hide assets.

“With US tax reform at the top of the Congressional agenda, a multitude of policy options are clamoring for attention,” Bean wrote. “Of all those policy options, repealing a law that stops dishonest taxpayers from hiding money abroad shouldn’t make the list. Especially since that money lost to tax evasion would have to be made up by honest taxpayers or cuts to critical public programs.”

FATCA doesn't level the playing field - it tips it in general to the Americans. Unless the Americans are signing up to AEOI then all the posturing about fighting tax evasion is meaningless.

Nice to see the US banking lobby still does excellent press.

Why do you folks keep repeating and perpetuating the effing myth that the people effected by FATCA are wealthy American tax evaders and cheats?? YOU COULD NOT BE FARTHER FROM THE TRUTH. Do some real journalism and report the reality of the hell FATCA has reaped on 99% AVERAGE PEOPLES LIVES.

This article is utter nonsense. The effects of the unique US "citizenship" based taxation and FATCA brings millions of so-called "Americans" into the US tax dragnet. This includes children who have a US parent who may never have set foot on US soil but now risk being branded as tax cheats. To get away from this, formal renunciation of US citizenship is the only solution. The fact that the US has imposed the cost of this on banks and taxpayers across the globe is nothing short of a disgrace.

Shame on you for not researching your topic in any meaningful way. Call that journalism?

Interest.co.nz I am surprised you allow this inaccurate reporting on FATCA. You excelled 5 years ago at being the only NZ media to report in depth on FATCA. Now you allow this report to be published. As the other writers in this thread point out FATCA targets and burdens innocent US tax payers with compliance costs. Also, NZ has allowed a foreign tax jurisdiction (US) to violate privacy rights of ALL NZ tax payers to require due diligence questions by NZ banks of their customers to establish if they are 'US Persons of Interest'. This is illegal under the Privacy Act in NZ 1993. Please make sure you publish balanced reporting regarding FATCA in the future. You were a good media outlet and this article reduces your credibility as a serious news outlet in NZ.