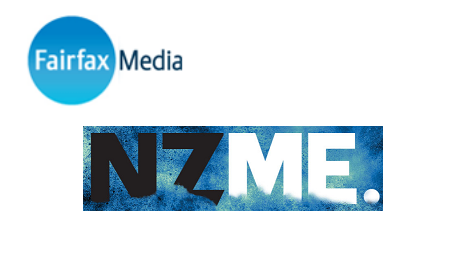 New Zealand's competition watchdog the Commerce Commission has ruled against a  proposed merger of the two largest 'mainstream media' companies in the country.

The proposed merger between New Zealand operations of Australian-based Fairfax Media and NZME - owner of New Zealand's largest newspaper The New Zealand Herald - has been pushed by the companies for nearly a year.

In the event, the commission has indicated its decision was not even close, saying it was "not a finely-balanced decision" and it appears to have been critical of the two companies for altering significantly their views of how the media industry would look without the merger following an initial, preliminary, thumbs down from the commission last November in it its earlier draft determination.

This is the release from the commission:

The Commerce Commission has today released its final decision declining authorisation for NZME and Fairfax to merge their media operations in New Zealand.

The Commission’s preliminary view, published in November last year, was that the merger would be likely to substantially lessen competition in advertising and reader markets – specifically Sunday newspapers, online news and community newspapers in 10 regions. It also indicated that the merger would not be of such a benefit to the public that it should be allowed. Those views remain largely unchanged.

Chairman Dr Mark Berry said the Commission recognises NZME and Fairfax face a challenging commercial environment as they seek to transition from their traditional print products to a sustainable online model. However, the Commission disagreed with some of the scenarios they put forward about their respective futures without the merger.

“Following our draft determination the applicants significantly altered their submission on what the state of the market would look like without the merger. The details of those submissions are confidential; however, we do not consider the scenarios presented to be likely outcomes. In our view, without the merger NZME and Fairfax will be increasingly focused on their online businesses as their print products diminish in number and comprehensiveness over time,” Dr Berry said.

“We accept there is a real chance the merger could extend the lifespan of some newspapers and lead to significant cost savings anywhere between $40 million to around $200 million over five years. However these benefits do not, in our view, outweigh the detriments we consider would occur if it was to proceed.”

The merged entity would have direct control of the largest network of journalists in the country, employing more editorial staff than the next three largest mainstream media organisations combined. Its news media business would include nearly 90% of the daily newspaper circulation in New Zealand and a majority of traffic to online sources of New Zealand news. Including its radio network, the merged entity would have a monthly reach of 3.7 million New Zealanders.

“This merger would concentrate media ownership and influence to an unprecedented extent for a well-established modern liberal democracy.  The news audience reach that the applicants have provide the merged entity with the scope to control a large share of the news consumed by a majority of New Zealanders. This level of influence over the news and political agenda by a single media organisation creates a risk of causing harm to New Zealand’s democracy and to the New Zealand public,” Dr Berry said.

“Having reviewed all the evidence, our primary concerns remain that this merger would be likely to reduce both the quality of news produced and the diversity of voices (plurality) available for New Zealanders to consume. Competition between NZME and Fairfax leads them to produce higher quality content than would otherwise exist with the merger. This competition incentivises investment in editorial resources, motivates journalists and editors in their day-to-day work and acts as a safeguard to plurality.

“In our view, the merged entity’s competitors would not be able to constrain it in any real way from making cost-cutting decisions that reduce quality and plurality. The extent of internal plurality is also discretionary on the part of the media owner and we do not regard promises to maintain current levels as a sufficient safeguard on future editorial decisions.

“While we cannot weigh in dollar terms the net benefits against the detrimental societal impacts we expect to see, in our assessment this is not a finely balanced decision. We decline to grant authorisation.”

A copy of the Commission’s final decision will be available on its website shortly.

Commerce Commission getting one right for a change. What ever next?

The pending court battle over the decision of course. Hope the ComCom don't back down!

.. wouldn't it be a more successful and quicker exit for Fairfax if they just bundled up their NZ media assets and floated them onto the NZX as a standalone company ... with newspapers , radio stations , and some internet sites ...

Kiwisaver fund managers would welcome an extra media stock to invest in ... as would retail investors ....