When President Trump pulled the US out of the Trans-Pacific Partnership, many assumed that the mega-regional trade deal was dead. But Koichi Hamada says such assumptions may have been premature

Business
When President Trump pulled the US out of the Trans-Pacific Partnership, many assumed that the mega-regional trade deal was dead. But Koichi Hamada says such assumptions may have been premature
1st Jul 17, 11:47am by Guest 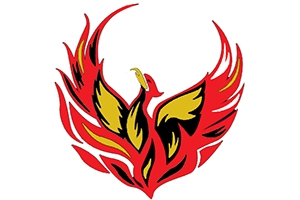 When Donald Trump, in one of his first acts as president, announced that the United States would not participate in the Trans-Pacific Partnership (TPP), many assumed that the mega-regional trade deal was dead. But such assumptions may have been premature.

The TPP was originally envisioned as a rules-based economic area spanning the Pacific and comprising 12 member countries – Australia, Brunei, Canada, Chile, Japan, Malaysia, Mexico, New Zealand, Peru, Singapore, the US, and Vietnam – which collectively account for about 40% of the world economy. The negotiations, which lasted five years, were undertaken with great care and diligence. In Japan’s case, for example, the negotiators, headed by Akira Amari, then the minister of state for economic and fiscal policy, worked day and night to assuage opposition by various sectors of the domestic economy (say, rice growers) and to secure favorable outcomes.

Trump’s announcement in January, which came just as the deal was set to be ratified, certainly shook the endeavor at its core. But many relevant players, eager to prevent the TPP from crumbling, soon began to discuss moving forward without the US.

By May, Japanese Prime Minister Shinzo Abe was declaring that, though he still hoped for America’s return to the TPP, Japan was willing to take the lead in bringing the deal to fruition. Soon after, Japan and New Zealand announced that they would seek an agreement with other signatories by November to move the TPP forward. If they succeed, TPP signatories will benefit substantially – and the US may well find that it has missed a massive opportunity.

In general, there are two distinct approaches to achieving freer trade. First, there is the global model embodied by the World Trade Organization. The chief advantage of this approach is its scale: it ensures that a huge share of the world economy is interconnected, with most of its constitutive economies adhering to a common set of rules and submitting to a dispute-resolution mechanism that enables these rules’ enforcement.

But scale may also be the WTO’s chief weakness, given the difficulty of getting so many countries to agree to a single set of rules. Indeed, the negotiation process is often painstaking and time-consuming – even more so than that leading to the TPP. That is a key reason why WTO negotiations lost momentum during the Doha Round of trade talks, which began in 2001 and petered out without an agreement.

The second approach to achieving freer trade, bilateral agreements, mitigates the challenge of scale. With only two (or a few) countries involved, negotiations are far more straightforward and often take less time. Japan and the European Union, for example, have recently redoubled their efforts, which began in 2009, to reach a bilateral trade deal, and an end may be in sight, despite continued disagreement on a small number of key points.

But this approach, too, has its downsides. Not only does it produce benefits for only a couple of countries; a win-win deal for the participating countries may also hurt non-participating countries. In the case of the Japan-EU deal, one such country may well be the US, given that American companies compete in Japan with European businesses in many of the same sectors.

The TPP, with its 12 (now 11) participants, falls somewhere between these two approaches – and is intended to secure the best of both worlds. The TPP’s mega-regional approach can bring greater economic gains than a bilateral deal, as it spurs trade and investment flows – including by harmonizing regulations and standards – across a larger swath of the global economy. But, unlike the WTO, it is not so large, and does not encompass such diverse parties, that it is overwhelmingly difficult to reach agreement.

The mega-regional approach may have one more advantage, shared with the WTO: the involvement of more parties can dilute the authority of a major country and thus limit its ability to strong-arm its negotiating partners into an unbalanced agreement. Indeed, this may be precisely why Trump, with his penchant for “deal-making” and promises of an “America first” trade policy, rejected the TPP. In his view, bilateral negotiations put the US, as a political and economic hegemon, in a stronger bargaining position.

What Trump fails to recognize is that, while a small country may feel intimidated by the US at the negotiating table, it can still stand up and walk away. More important, even if the US can use its weight to secure more favorable provisions in a bilateral negotiating context, the benefits do not necessarily outweigh those of larger-scale agreements.

That is certainly the case with the TPP, which contained some provisions that were highly beneficial for the US economy. Specifically, the agreement would have given US businesses access to markets that had long been largely closed. The provisions on intellectual property rights, accounting, and conflict resolution were so favorable to Wall Street and US lawyers that they have been criticized for being unfair to the other parties. They were agreed, however, because of the expectation that China would eventually have to adhere to those standards.

In that sense, as Columbia University’s Jagdish Bhagwati said to me, “the TPP was a bit like allowing people to play golf in a club, but only if they also attended a particular church over the weekend.” The deal’s signatories were in it for the golf – that is, the expanded trade and investment flows. But they couldn’t avoid the obligation to accept rules that would benefit the US, in the hope that the liturgy might help to constrain China’s behavior.

The US is unique in this scenario, because it had a strong national interest in both the golf and the church. Now it will get neither. And when the new TPP, excluding the US, begins to flourish, US businesses will be wishing Trump had not canceled their tee time.

Koichi Hamada, Professor Emeritus of Economics at Yale, is a special adviser to Japan’s prime minister. This content is © Project Syndicate, 2017, and is here with permission.

But the whole point was, ostensibly, to gain access to US markets. The TPPA was by all accounts of marginal benefit to New Zealand, see ref

“It is striking how little the TPPA will deliver. Without the TPPA, our GDP will grow by 47% by 2030 at current growth rates. The TPPA would add only 0.9%”, says Barry Coates, who co-authored the section on modelling with Tim Hazledine.

But, all the nasty stuff stays! like investor state dispute resolutions and a watering down of pharmac’s ability to function, giving corporations the ability to haul the government over hot coals. Why are we even talking about resurrecting this deal from hell?

I agree. There doesn't seem to be enough free trade - removing tariffs and quotas, and too much new rules designed to increase costs on consumers like increasing intellectual property restrictions. I love free trade, but I wish we could just do this old school - we'll remove all our quotas and tariffs if you remove all of yours.

A multilateral trade deal without China is a dead deal simple as.