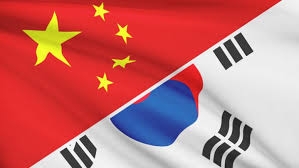 The ongoing saga in North Asia is a good illustration of how businesses can be caught in the crossfire of political misalignments.

Last September, China warned South Korea of the potential to sour the bilateral relationship between the two nations should it insist on deploying a U.S. anti-missile defence system - the Terminal High Altitude Area Defense (THAAD) in South Korea. Despite the warning, South Korea proceeded with its decision.

Since then, there have been reports of economic ‘retaliations’ from China. The biggest hit was observed in the tourism area, in March this year. Jeju Island, a southern resort island has been thrown in to turmoil. Normally, cruise ships ferry Chinese tourists to the island for shopping trips, but the island has been largely void of Chinese cruise ship passengers following the tensions between the
two countries.

Chinese tourists used to make up around 50% of all international visitors to South Korea. In the first seven months of 2017, their numbers were only half of what they were a year ago.
That means losses of around US$5.1 billion for South Korea, based on the average spending of Chinese visitors in 2015, according to the Korea Tourism Organization.

About 90% of the nation’s 160 tour agencies specializing in inbound Chinese tourism have closed as a result. Distribution of South Korean content, both online and offline was also halted.
Notably, Korean TV series were not allowed to air on Chinese channels. Major concert performances were cancelled by Chinese partners at the very last minute without explanation.

There have also been observations that an increasing number of South Korean imports are being flagged as having quality problems. But this could all be coincidental, as China is seeking to import only quality foreign goods, while producing many of its own goods to ensure that its consumers are treated fairly.

So, it’s hard to tell whether retaliation is the bigger effect here.

South Korea’s Ministry of Trade, Industry and Energy did a survey of 597 companies around the same time and found that 56.2% of companies that were doing business with China were experiencing negative impacts. 32.9% did not raise concerns.

South Korea has notified the World Trade Organization that China may be in violation of their free trade agreement, which has been in place since 2015. Chinese authorities have denied taking any retaliation.

In fact, social media has played a big part in this, as news quickly spread around South Korea’s reluctance to cooperate. Foreign players will find that social media can work for or against them when
engaging with Chinese consumers. Due to the difficulties during this period, especially now that the THAAD is more or less in place, South Korean businesses are weighing their options.

Businesses in Beijing’s Korea Town are a good example. Customer numbers have dropped in most shops and restaurants in Korea Town. Some of these businesses have either chosen to try their luck in other suburbs or to move out of Beijing totally.

South Korean companies have in fact reduced their investments in China by nearly half this year as a result of what transpired from the THAAD. The THAAD case shows that it is critical to keep an eye on the political alignment between a business’ home country and the host country where it seeks to do business.

Gee, even with an FTA China is strong arming another country (one with an economy many times larger than NZ) based on its foreign and defence policy? Who'd have thought.

So if I understand this right: North Korea (who only exists because it is propped up by China) has fired rockets without warning let alone permission over innocent countries and had threatened war has a neighbour: South Korea which has rather reasonably become alarmed that their capital city which is very close to North Korea may be obliterated by a nuclear weapon. So South Korea has obtained the best anti-missile system it can afford. This system hardly threatens a country as large as China but presumably it would be capable of shooting down Chinese planes and missiles if (a) China decided to fly over South Korean airspace (b) South Korea was willing to risk a war with China who would obliterate them in a few minutes. This rather rational behaviour by South Korea has irrationally upset China (not sure why - did they want to sell their own weapons to both North and South Korea??). So China having the absolute control of their media and social media has persuaded/instructed Chinese tourists to stop visiting South Korea and that will cost South Korea around US$5.1 billion.
Then to make the point that free trade is never really free with China even more forcefully they have dictated this article for their No2 stooge in NZ to publish for the edification of New Zealanders.

China sees North Korea (and Japan) and the USA's proxies in the area. The missile defense system therefore limits their ability to inflict damage on the USA should the two super powers come to blows. This is similar to Russia's concerns around defense systems being put in place in NATO countries bordering Russia.

If one chooses a wolf as a travelling companion one should not be surprised when it eats you.

Do you mean SK's relationship with the U.S. or China? I think that's a rather naive view of the geopoltiical situation that SK has been in throughout history.

I mean China is a wolf.

SK's relationship with China, Russia, and Japan has been treacherous for over 1000 years.

How much of our export trade is with China and what would happen if we were suddenly designated "persona non grata" by the Chinese authorities? Could this be the reason why we currently kowtow to our new masters?

Read a bit of history on what US did to Cuba during the Cuban Missile Crisis. Then, you see mercy.

Any comprise on a nation's security, interests, and sovereignty is unacceptable no matter which country you are talking about.

Compromise is the very life blood of diplomacy.

Yep. But compromise on what?

The obvious difference between then and now is that the Soviets were going to deploy offensive nukes aimed at the US, while SK is deploying a defensive missile system as a result of constant NK threats and provocations. Other than that it's a perfect analogy :/

“while SK is deploying a defensive missile system as a result of constant NK threats and provocations.”

You have been fed with lots of western mainstream interpretation. The defensive missile system has the capability of monitoring and detecting missile bases way beyond NK territory, reaching deeply into northern and western China, and Siberia in Russia.

The deployment of THAAD will break the strategic military balance in Northeast Asia. That is why China and Russia are pissed off.

Continued Chinese military growth has already unbalanced much of Asia.

Right, it's not the North's increasing belligerence, threats and missile/nuclear tests that are upsetting the region, it's a defensive missile system in SK. Tell me, Sun Tzu, what did you expect the reaction to be?

So have China and Russia no equivalent surveillance of SK and Japan? Or have they promised not to use it?

And how can anyone however besotted of China claim there is 'military balance' in an region containing North Korea - with its nuclear bomb tests, missile tests, extreme crazy war talk! Please tell me that Kim Jong Un isn't a certifiable nutcase. If China simply exerted itself Kim Jong Un would be history and then you could fairly start writing about military balance and getting a sympathetic readership.

Others have a different outlook.

Russian military power and Chinese economic might have thus played an invaluable role in restricting the US war machine. The DPRK even took a further step by attaining a formidable nuclear and conventional deterrent, effectively blocking the United States from influencing domestic events by bringing about destruction and chaos. Read more

Wait, you're saying China and Russia have strategic interests adversarial to the US, and that they're trying to leverage them? This comes as a shock.

Exactly the point of diplomacy, to decide the what.

But I will say this. If you show me an international deal where one party made no compromise, I will show you a well spring of discontent that will poison the future.

so an anti-missile system in a nearby country - does it compromise China's security? or China's interests? or China's sovereignty? Or are they just pissed off because the Americans sold it?

Lets get real - this is a war with China. China is allowed to buy up all our land, property and businesses under the illusion of free trade agreements, then holds the whole western world to ransom/blackmail because of their "so called" inability to control their puppet rogue nation (whilst positively propping up the DPRK). Though the threat of radical Islam could quite possibly be worse. I think this is a very important time in our history to reinforce our borders (not only physically but economically) we also have a very unique geographical advantage that should not be squandered.

Mr Ang is obviously a clever person to hold his job down and I've not mentioned how I dislike the power and influence of the USA's military too. However it is the asymmetry of power that persuades me to make my comments. Hypothetically if South Korea was capable of inflicting serious financial harm on China then Mr Ang would appreciate how it seems to an outsider. He may think his article is a well measured explanation of the realities of geo-politics but to the inhabitant of a country far smaller than South Korea it comes over as bullying and aggressive and like other contributors I suggest NZ be very careful about becoming in any way dependent on China..

It sounds to me like Trump is "goading" North Korea into starting a war.
Throughout history politicians and leaders have always started some sort of conflict if they are in political trouble at home.
This would divert attention from all the unpopular policies in America and make Trump look like a hero.