Edmund Phelps sees employees and employers changing their behaviour and motivation following the GFC, and labour markets aren't responding to demand changes like they once did

Edmund Phelps sees employees and employers changing their behaviour and motivation following the GFC, and labour markets aren't responding to demand changes like they once did
4th Nov 17, 1:04pm
by Guest 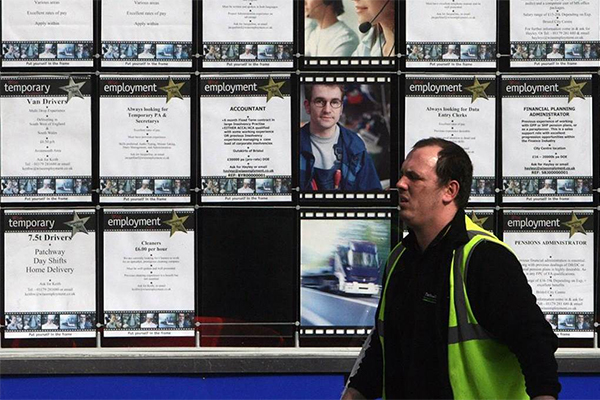 For economists, this is a fundamental question.

I was one of the rebel economists of the 1960s who rejected the macroeconomics we were taught in the 1950s – the “Keynesian” theory developed by J.R. Hicks, A.W. Phillips and James Tobin, according to which aggregate demand drove everything. High unemployment was caused only by deficient demand, and low unemployment only by abnormally high demand.

This bothered us, because the basic economic theory we were taught – the theory built by Alfred Marshall, Knut Wicksell, and Robert Solow – said everything was driven by structural forces. Faster technological progress and a greater preference to work or to save were to be welcomed, because they would boost the supply of labor and capital – and thus employment and investment. But the Keynesians maintained that structural forces were bad, because they cost people their jobs, unless policymakers manufactured enough demand to match the increase in supply.

A conclusion we drew was that, at the very least, the path of an economy, measured by conventional macroeconomic variables of unemployment, inflation, and output growth, is not fully determined by aggregate demand. Structural forces matter. Keynesians’ claim that “demand” is all-powerful – that it alone increases employment and thus investment and even growth – was groundless. Yet they continue to repeat it.

The structuralist perspective on macroeconomic behavior led to the concept that came to be called the “natural” rate of unemployment, borrowing from the notion, which arose in Europe during the interwar years, of a “natural” interest rate. Yet the term “natural” was misleading.

The basic idea of the structuralist approach is that while market forces are always fluctuating, the unemployment rate actually has a homing tendency. If it is, say, below its “natural” level, it will rise toward this level – and the rate of inflation will pick up. (Of course, a fresh shock to demand could send unemployment back up and reduce inflation; but the “natural rate” always exerts its centripetal force.)

But there is a complication I have long emphasised. The “natural rate” itself may be pushed up or pulled down by structural shifts. Moreover, shifts in human attitudes and norms may also have an impact.

Yet a curious development has posed a challenge to this view. America and the eurozone are in the midst of a boom. In America, unemployment has reached very low levels and shows no sign of rising back to its former natural rate – whatever its new level may be. With no more evidence than that, a structuralist model would predict an inflation rate that is already elevated and rising – and the inflation rate is not running high, even though the US Federal Reserve has flooded the economy with liquidity. In the eurozone, too, unemployment is falling, yet inflation rates are still low there, too.

What explains the paradox of low unemployment despite low inflation (or vice versa)? So far, economists – structuralists as well as diehard Keynesians – have been stumped. The answer must be that the “natural rate” is not a constant of nature, like the speed of light. Certainly, it could be moved by structural forces, whether technological or demographic.

It is possible, for example, that demographic trends are slowing wage growth and reducing the natural rate. From the 1970s to the late 2000s, demography was essentially a dormant issue. Now, the baby boomers are retiring from relatively high-wage jobs while young people, who start at relatively low wages, are still pouring in to the labor market. This slows the growth of wage rates at a given unemployment rate, leading to lower unemployment at a given rate of wage growth.

More interesting is the possible effect of people’s values and attitudes, and their hopes and fears about the unknown and unknowable, on the natural rate. Here we are entering terra incognita.

For me, a compelling hypothesis is that workers, shaken by the 2008 financial crisis and the deep recession that resulted, have grown afraid to demand promotions or to search for better-paying employers – despite the ease of finding work in the recently tight labor market. A corollary hypothesis is that employers, disturbed by the extremely slow growth of productivity, especially in the past ten years, have grown leery of granting pay raises – despite the return of demand to pre-crisis proportions.

I have also argued, based on a model of mine, that as the return of a strong dollar by early 2015 threatened to inundate American markets with imports, firms became scared to supply more output at the same price. Or else they supplied the same output as before at reduced prices. And they refused to raise employees’ wages. In short, more competition created “super-employment” – low unemployment and low inflation.

All this does not mean there is no natural unemployment rate, only that there is nothing natural about it. There never was.

Edmund Phelps, the 2006 Nobel Laureate in Economics, is Director of the Center on Capitalism and Society at Columbia University and the author of Mass Flourishing. Copyright: Project Syndicate, 2017, and published here with permission.

Has globalisation not also had a deflationary effect?

I also wonder about the demographic effect of Baby Boomer retirement.

Boomers, the generation who had access to the halcyon days of cheap natural resources and farming tech/mass food production to spur growth, with the equally lucky benefit of a much smaller preceding generation (Silent) and a smaller follow-on generation (Gen X) meaning that the taxes paid by Boomers were not exhausted by the needs of either their parents in retirement, or their children.

Gen X though? The opposite, there are less of them as tax paying adults to pay for the retirement costs of a much bigger parent generation (Boomers) or the childhood costs of the bigger millennial generation. The first Gen X's were also reaching their supposed earnings peak at the same time as the GFC hit.

Surely all of this is also a factor facing the world economies where this demographic exists?

Excellent article. Perhaps one of my musings might be that companies have become so globally integrated that if they can't get a task completed at low cost in a western economy they can move it to a less developed country so in effect they have a near limitless supply of cheap labour. There are few penalties unfortunately.

^^ hence my first sentence about globalisation having a deflationary effect^^

Because inflation on necessities is not subdued. Therefore people need an income. So they are taking on more, often lower roles, with lower pay just to keep their heads above water.

Why is the LCI annual rate of change falling to flat if unemployment is falling as well? The compounded loss of rising incomes is enormous - one can only surmise employers are unwilling or unable to pay more. Read more

With no more evidence than that, a structuralist model would predict an inflation rate that is already elevated and rising – and the inflation rate is not running high, even though the US Federal Reserve has flooded the economy with liquidity. In the eurozone, too, unemployment is falling, yet inflation rates are still low there, too. [my emphasis]

The economic mysteries of 2017 aren’t at all unexplained. Without labor market growth there is no income growth, therefore no spending growth. Without spending, the economy at any point can’t gain sufficient acceleration especially with high levels of remaining inventory.

The whole thing remains stuck on a reducing (mini) cycle. Things only get worse each time one of these downturns materializes.

It was inflation expectations through QE that was supposed to break that positive feedback loop. The idea of “money printing” is really simple in the form of economic expectations. Any business confronted with the idea of rising input costs, especially rapidly, is going to speed up production before those costs really hit hard, leading to a virtuous circle of all things rising together.

It’s a sound theory that was well established by practice in the 1970’s. It’s much more debatable as a matter of controlled policy experimentation. It was downright dubious in in the practice of quantitative easing whose “easing” took the form of exchanging one form of liquidity for another – and in many cases, a useful form (UST collateral) for an idle one (bank reserves). It’s hardly easing where the most charitable narrative suggests little more than a swap.

The key for any central bank is plausibility, meaning that businesses in order to act on inflation expectations have to really believe in them. It was a very easy to do so in the late sixties and throughout the seventies.

That’s why there was an almost recovery in the first instance of QE, the combination of huge positive cyclical forces plus some additional inflation expectations due to unfamiliarity with QE meant more momentum for that upturn – and even still it was far short of what “should have” been produced. Read more

The unemployment rate, meanwhile, fell yet again to 4.1%, its lowest level since 2000. The labour force shed 765,000 workers in October, but most economists dismissed the drop as a correction after four straight months of gains

https://www.nytimes.com/2017/11/03/business/economy/jobs-report.html
Don't like what you see? Ignore it.... I just love the postscript to this article....caught out, apparently!