Davos man must change. But Larry Hatheway says that cannot mean rejecting the core commitment to the view that human ingenuity, fostered by open societies and rewarded by markets, remains the sturdiest foundation for the advancement of humankind

Davos man must change. But Larry Hatheway says that cannot mean rejecting the core commitment to the view that human ingenuity, fostered by open societies and rewarded by markets, remains the sturdiest foundation for the advancement of humankind
30th Jan 18, 9:03am
by Guest 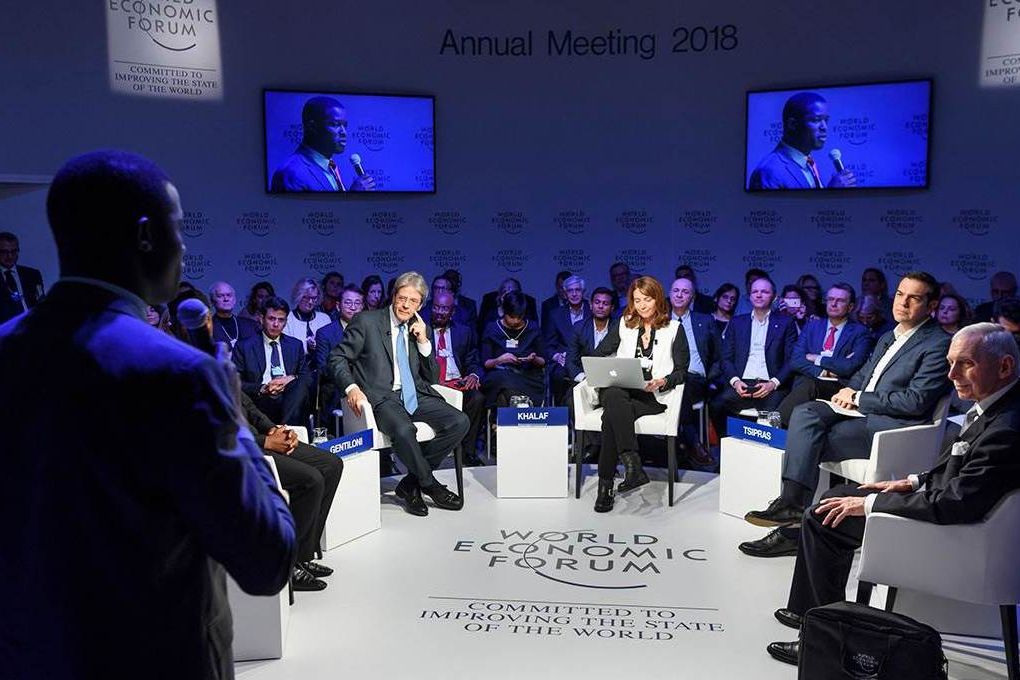 The World Economic Forum’s annual flagship meeting in Davos has always been an easy target for caricature, even ridicule.

Over the years, it has gained a somewhat deserved reputation for gathering a bunch of global elites in a posh Swiss resort for a week’s worth of self-congratulatory speeches – a sort of affirmation that the elite’s values and successes epitomize the triumph of democracy and capitalism.

That is not to say that dissent has not been tolerated; but, more often than not, it was mere quibbling at the margins, never a genuine reflection on what might be flawed or missing. Until the financial crisis of 2008, Davos never wavered in its cheerleading for democracy, markets, and globalisation.

Today, Davos man (and it remains mostly men) isn’t so supremely confident. The challenges he faces are on many fronts, and they aren’t all called Trump.

For years, Davos was a reflection of the world that Francis Fukuyama proclaimed had reached the “end of history,” a community of nation-states drawn ever closer by trade and liberal-democratic values. That might have been true about the history that was made in 1989 and immediately afterwards. Communism lost. But capitalism’s (or democracy’s) victory began to look less complete against the backdrop of ethnic and religious strife – and soon sectarian terrorism – that filled some of the vacuum left by the demise of the Soviet Union.

Davos was also about faith in rational economic behavior. That belief, too, seems quaint in the aftermath of the credit bubble that fueled the global financial crisis, which exposed economic models based on rational decision-making to stinging intellectual attack from the behavioral economists.

Finally, Davos was about a belief that globalization, abetted by information technology, would not be just an engine of growth, but also a leveler of cultural and historic divisions. Clearly, that, too, has not worked out the way Davos man had thought.

It should come as no surprise that as the Davos consensus has ebbed, a wave of populist nativism – often suffused with racism, religious or ethnic intolerance, misogyny, and gender bias – has rushed in. Davos man is not ready to succumb. Too much is at stake for surrender.

But one thing I didn’t hear at Davos this year was an ability to articulate the globalist answer to nativism. It isn’t enough to disparage the other’s values. Negativity may win the battle, but it’s unlikely to win the war, much less secure long-term peace and prosperity.

Davos man is beginning to learn a much-needed lesson in humility, requiring him to ask which of his beliefs are foundational, and which need revision. My sense is that the answer will reaffirm that democracy, a market economy, and globalization are the foundations of human progress. So, too, are acceptance of diversity, logic, and science.

Those always were Davos man’s core tenets. But his successor – perhaps we should say Davos woman – understands that they are both necessary and insufficient.

Equality of opportunity – who knows, perhaps even a fairer distribution of income – is what the formerly smug, self-assured Davos man left out of the equation. If the nativists today stand for anything, it is that Davos 1.0 didn’t work for them.

But it is important not to lose sight of what Davos should reaffirm. I heard the passion and determination of a young man, barely out of his teens, who spoke about his efforts to devise a simple technology that in several decades may rid the oceans of 90% of the plastic waste that now floats in masses half the size of continents.

I listened to a professor of materials science describe how teams of researchers are using nanotechnology to address myriad challenges. One team has developed degradable packaging to replace plastics. Another is advancing drug therapies tailored to the needs of individual patients. And yet another team is collaborating with biotechnology experts to find ways to regenerate human tissue, giving hope to those paralyzed by spinal cord injuries that they may one day walk again.

Those stories of creativity and the power of science belong to the best of Davos. The young man working to clean the world’s oceans is the son of immigrants. The materials scientist is a woman. Both work freely across borders and disciplines. Their ingenuity is supported by the public and private sectors, and though their accomplishments may one day be handsomely rewarded, their motivations are more a mix of intellectual curiosity and altruism.

Davos man must change. But that cannot mean rejecting the core commitment to the view that human ingenuity, fostered by open societies and rewarded by markets, remains the sturdiest foundation for the advancement of humankind. Rather, it means ensuring inclusion, so that no one is denied the opportunity to participate in the betterment of their lives and their communities.

“I just warn the Davos establishment: There’s an anger building out there that you need to recognize and deal with,” Read more

They did not recognise it when there were rallies and long term sit-ins globally. Picking it up a decade after the fact is less likely.