The NZ First leader, who has railed against capitalism and neo-liberalism, has cited the strength of the NZX multiple times over the past week to deflect criticism of low business confidence

The NZ First leader, who has railed against capitalism and neo-liberalism, has cited the strength of the NZX multiple times over the past week to deflect criticism of low business confidence 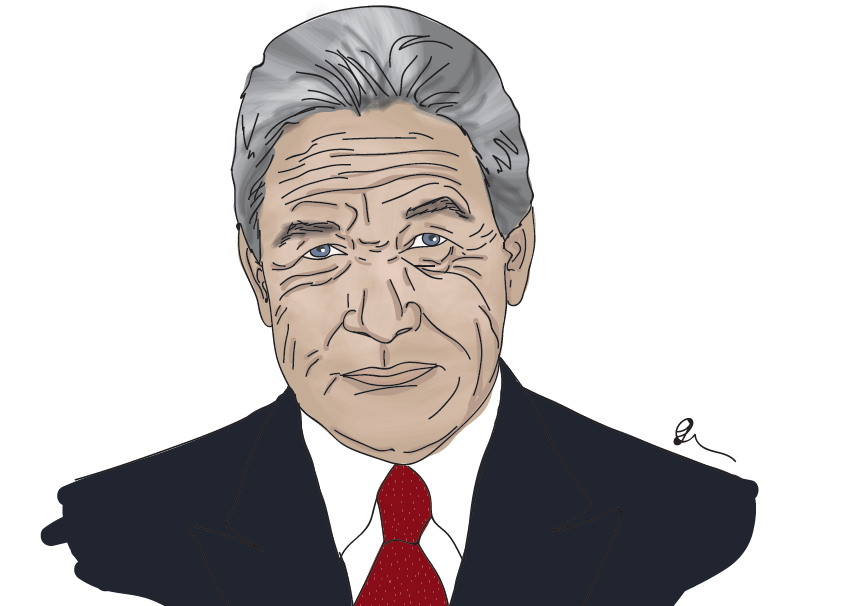 For a man who has consistently warned of the dangers of capitalism and neo-liberalism, Deputy Prime Minister Winston Peters sure has been talking up the stock market a lot lately.

In the space of just over a week, Peters’ has made multiple references to the strength of New Zealand’s share market.

Peters has used every opportunity he has had since then to bring it up.

“Could I ask the Minister of Finance as to whether or not, as an indicator of confidence, our share market is today at an all-time record high?” he asked in Question Time last Tuesday, as the Opposition peppered the Finance Minister with business confidence criticism.

He made similar comments to The Herald and RNZ in the following days.

On Monday, he told his post-cabinet press confidence that the business conference survey is “best epitomised by the highest, share market that we have ever had.”

In the House on Wednesday, he was again singing a similar tune.

“Let me say it very slowly: unlike the gloom-and-doom merchants over there, the share market is the highest this country has ever seen, and, dare I say it, it is the best performer in the world. Those are real indicators, not the blind jealousy and envy of people denied power rightfully.”

His comments come as the Opposition uses low business confidence figures to attack the Government at any chance it can get.

Finance Minister Grant Robertson, who has born the brunt of the assault, has fended off these attacks by pointing to “real activity” in the economy.

“Yesterday we saw the services index, which shows that it's growing. We've seen the BNZ – BusinessNZ Performance of Manufacturing Index staying positive,” he says.

But much of that has failed to resonate.

In response to the Opposition’s onslaught of criticism in this area, Peters is using the record-breaking share market performance to defend the Government.

“Maybe [the share market is] a better barometer that what you might call professional bias,” Peters said on Monday.

He says the strength of the share market is a reality the Opposition are choosing to ignore.

When asked why he has been bringing up the NZX so much lately, he told media: “I have been a responsible capitalist all my life.”

In his speech revealing who NZ Firs was going into coalition with last October, Peters said far too many New Zealanders had come to view today’s capitalism “not as their friend, but as their foe.”

“That is why I believe that capitalism must regain its responsible – its human face.”

He's got a good point. Also, in a world where everything is in a bubble the value metrics like PE ratios look quite good for a lot of NZ stocks. Mine have been doing quite well this last year thank you very much.

He’s kind of like trump. Bags the economy in the lead up to the election then takes credit of sorts now he’s in power. As long as he accepts it’s a measure of the government when it falls I will be happy but me thinks not.

What a lot of rot. Peters called the economy correctly, and now you’re criticising him for it - whatever.

I didn’t disagree with his call. Where did you get that from? I’m criticising him for using it to validate business confidence when it will most likely start going the other way and then I bet he’ll disown it.

What world are you living in?. Pre election, Peters was warning of financial doomsday just round the corner and at no point did he refer to the strength of the stockmarket. Now,like Trump,it suits his book to talk it up.

I am willing to wager that I have been a stockmarket investor for longer than you and I can tell you that earnings multiples are well above their historical averages. Our market has had an amazing run up and sensible investors are now taking some money off the table. Never forget regression to the mean,assuming you know what that means.

Totally agree withay. The state of the share market has nothing to do with Winston, or the current government. It is a result of historically low interest rates, and investors chasing yield.

I will second your comments

the NZ50 is slightly less than 0.01% of all businesses operating in NZ - and is also not directly correlated to the 50 largest employers

half of those fit in three categories - Finance, Property and Energy -- and lets be honest - property values are flat - our energy industry has just been told to get out of dodge and most of the finance is overseas owned.

https://www.stats.govt.nz/information-releases/new-zealand-business-demo... shows over half a million enterprises exist in NZ

If you want to know, go here and click sector breakdown in the chart window
https://us.spindices.com/indices/equity/sp-nzx-50-index

That 18.9% healthcare is a bit misleading IMO , They include retirement villages under healthcare, when in reality I'd consider them to be more real estate with a side serving of healthcare.

I will note that utilities at over 15% is separate from the energy sector, although rather related to energy... similar to the healthcare/property relation.

IMO, the initial breakdown presented is accurate, although finer discretization of the sector breakdown can result in a smaller value for things such as property and energy. I'd consider utilities as being related to the energy sector myself.

Winston reads interest.co.nz comments!! Proven by the utterance of the term, Doom and Gloom Merchants hahaha. Praise by him for the level of the nzx50 as a measure of confidence is mis-guided as the nzx50 index is a joke index which includes income from dividends to prop it up. Something instituted by Mark Weldon a few years ago to fool amateur share investors (and now also the deputy pm) when the sharemarket could not climb back to the level of the mid-80s. So they changed the measurement from capital index to gross index to therefore inflate the value. The capital value of the nzx50 sits at 4022 today vs nearly 9000 what everyone is told. I think I am correct that it is unique that it is the only quoted share index worldwide to do this.

Virtually all intelligent investors look at total return values. Do you look at headline numbers instead?

For most indices, the number reflects something close to the overall return. NZ is a bit different in that the dividend returns tend to be a bit more than the trivial dividend returns from many other countries. Just as it makes sense to define overall gains on investment property to include rental income, share value returns should include dividend income. To think otherwise is silly.

With the share market outperforming the property market, there are some getting envious

So appropriate to call the national party that.. hahaha

This sums it well.. from IF to how much... nz is on the verge of the same

So called experts are crying foul on the forecast.. over the last decade they were smiling.. sounds like many over here...
https://www.realestate.com.au/news/banks-forecast-1000-a-week-drop-in-me...

Winton the new circus in town !!

But , fair dues to Mayor Goofy .... there's quite a nifty little circus on display in the Orc Land City Council too ... enough clowns to make the whole country smile with glee ...

You have to give it to him though, the way he replies back to broken bridges...

Ps: after 9 years of one clown, it must be hard for you to readjust..

speaking of shares. I see Rakon has just started making profit again. That looks like one undervalued company right now. Someone will tell me off for investing in a non-ethical company.

Brief Memo to Winston:-
Brief memo to Winston :- Its not anything you have done Winnie ............. the reasons everyone is piling into the share-market is very dynamic and is likely to be more driven by a need for yield, rather than negative sentiment towards the Government

Firstly , the banks dont pay enough in interest , so they are not a good investment after tax

There is a whole pile of Kiwisaver money swashing about that needs a home , and the ASX is not looking so good right now , so its going into the NZX

And of course , foreign buyers have always seen our bourse as stable , in spite of its light weight .

The reduction in business confidence has little to do with who’s in power and everything to do with domestic borrowing as the following two graphs indicate . Borrowing for residential housing is clearly a leading indicator for business lending. When loan growth collapsed around the end of 2016 from ~19.6 billion/year to ~12.9 billion/year in Feb 2018, that basically guaranteed that a big fall in business would follow. We’re seeing that now.

You cant suck 6 or 7 billion of growth out of the economy with no consequence. Not in an economy so dependent on housing. Current government is trying to fix the problems, not make them worse like the last one did.

Good grief. The NZ share market - as a whole - is a slave to the big global markets.