China’s governance must be modernised but loosening control over local government and the economy, and introducing greater downward accountability, is risky

Business
China’s governance must be modernised but loosening control over local government and the economy, and introducing greater downward accountability, is risky
3rd Oct 18, 7:00am by Guest 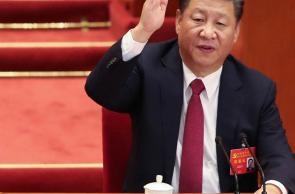 Five years ago, China’s leaders decided to target modern state governance as a top reform priority. The goal of such reform is to improve the state’s capacity to adapt to the sheer size and increasing complexity of the Chinese economy, and to mitigate risk. Achieving this objective will not be easy.

To understand why, and what it will take to succeed, consider how Chinese governance has worked in recent decades. Overall, governing the country involves a combination of political centralisation and economic decentralisation. In particular, China’s spectacular income growth has been enabled by a delicate balance between the concentration of political power in the hands of the central leadership and the delegation of economic management to local authorities.

This balance has often proved difficult to maintain. For example, when China still had a fully planned economy, Mao Zedong had to delegate the management of state-owned enterprises (SOEs) to local authorities for some time in order to boost production, as local governments were in a better position than the industrial ministry in Beijing to manage local suppliers. But, within a few years, this system had become so disorganised, due to economic chaos in the wake of decentralisation, that the central government reasserted its control.

Nonetheless, in 1978, Deng Xiaoping not only delegated authority to local governments, but also increased their revenue through a system of fiscal contracting, in an effort to maximise their contribution to overall GDP growth. Again, the plan worked for a while – until China’s leaders confronted the downside of fiscal decentralisation: the central government’s declining revenue share under this system limited its capacity to assert its authority and manage macroeconomic stability. As a result, in 1994, the central government had to revise the intergovernmental fiscal relationship. It reverted from fiscal contracts to a system in which the central government acquired the majority of tax revenues and the revenue share of local governments was substantially reduced.

Understandably, Chinese local leaders have not negotiated a reduction in their share of total expenditure responsibility, not least because the central government has appointed provincial leaders over whom it maintains substantial control. Meanwhile, since 1994, the central government has implemented a performance-based system for assessing and promoting local leaders, thereby fueling competition among local authorities. This point is the key to a better understanding of Chinese governance today, which the economist Chenggang Xu aptly describes as a “regionally decentralised authoritarian system.”

It is not easy to assess this system, because competition among local authorities has always had both good and bad outcomes. While this horizontal competition has helped China to reach growth targets, central leaders must be supportive of local leaders’ discretionary powers, authority to raise funds, and capacity to attract investment.

In most cases, however, local officials would abuse such powers and do more than needed. For example, local authorities have long had a perverse incentive to improve their own standing by allocating resources to image-building projects that serve no genuine economic need or purpose. This might boost growth in the short term, but unproductive investments can also threaten macroeconomic stability in the longer term.

Another difficulty in assessing Chinese governance arises from the complicated relationship between politics and business in different regions. Decentralisation rewards local officials who are competent and devoted to supporting economic growth. But it also creates opportunities for these officials to forge surreptitious ties with business owners, and this undermines growth in the long run. Because of the strong competition to stand out in terms of growth, especially at the provincial level, many lower-level officials use their authority more to advance their personal interests. At the same time, business owners seek illicit relationships with local officials to gain protection, privileges (such as contracts), loans, a blind eye to safety standards, and regulatory exemptions – activities that generate financial risks and undermine competition by raising entry barriers for more efficient enterprises.

The delegation of discretionary power to the bottom of the system could therefore create a dilemma for the central leadership: exercising more control would hurt growth, but so would the rampant corruption that results from not exercising it.

Yet the solution is not as simple as cracking down on graft. Since President Xi Jinping launched his anti-corruption campaign in 2012, China’s overall economic performance has not improved, partly owing to local officials’ increased reluctance to take bold steps to boost growth.

The crux of the problem may lie in China’s system of upward accountability in governing its officials. While Chinese governance undoubtedly has its advantages – in particular, it enables the central government to mitigate risks, including preventing debt and financial weakness from triggering crises – it can hamper the kind of policy experimentation needed to sustain economic progress.

China’s leaders are right in the sense that the country’s governance must be modernised. To succeed, however, they may have to revise their approach to managing local governments and introduce greater downward accountability in assessing their performance. This shift undoubtedly carries risks, but ultimately they are worth taking in the course of adapting governance for continued economic development.

Reminds me of the business philosophies here where company policy alternates (when each new CEO get appointed) between
a) The clear benefits of centralization (less number of more specialized staff doing the job); and
b) The clear benefits of decentralization (more appropriate decisions made at the coal face).
Of course there is no reason why either of these should be clearly better than the other. It is just that each new CEO wants to be seen to be very smart and to appear to know things that others do not.

There has been a famous saying nowadays and it goes "Love China when out of China" (出国就爱国).

CCP has lots of failures and millions of lives vanished due to those them but it has done unprecedented achievements in the entire human history in such a short period of 40 years. Believe it or not CCP is THE most capable political party on this planet.

Much better Xingmowang 五毛党, that you go back and love China from within. Enjoy the blanket of toxic smog, acid rain and filthy rivers, poisoned food and baby milk.
One day the people of China will wake up, put your hope in the young and educated. Obviously too late for you to break the shackles of indoctrination.

It's the dream of every Chinese person to one day live in a society built and maintained by large nose barbarians.

Your reply really cracks me up. I simply love it.

On the other hand, it really highlights the mis- or next-to-none- understanding of New Zealand on China, who is and will remain NZ largest trading partner, export markets for goods and soon services, import market for goods, and the next superpower that will have impacts on global orders and rules for the foreseeable future.

My (provoking to someones) comments should be seen as an invitation for you to look closer, dig deeper and think further. Simply putting labels of I being good and you being bad is very easy but shallow and irresponsible.

There has been a famous saying nowadays and it goes "Power corrupts, absolute power corrupts absolutely".

The government of PRC has yet to outlast the Soviet Union, let alone western democracies like the USA, the UK and even New Zealand. Remember it only came about on the back of a brutal civil war fought among a decimated population, won with a quick dump of soviet weaponry.

Cross one of the red lines of the USA, experience an embarrassing loss in a short, sharp naval/air conflict in your near abroad, and see how resilient communist rule really is. Remember, you are surrounded by US-backed nations with fairly unimpressive navies who could - nevertheless - easily sink your former casino ship aircraft carrier with a torpedo.

East Asian countries have all demonstrated that they are very capable societies in terms of Industriousness and business acumen. Japan, South Korea, Hong Kong and Taiwan are all testimony to these qualities. There is no reason why China would not have had equal economic achievements under a different political regime. If anything, I think that the current regime in China has hindered the growth potential of China.

I think the famous saying is a shortened version of, "Love China when out of China, when far away from China, when never have to go back and live in China, and when now a citizen of a Western country, love China so much".

I would respond but I think those below have done it for me, but I would say, Xingmowang you are delusional.

I guess that makes concreting over coral reefs just fine then?

"" Believe it or not CCP is THE most capable political party on this planet. "" If you are a Muslim living in Xinjiang province you do not get the choice.
This political party was also in charge when Mao's 'Great Leap Forward' occurred and the 45 million killed in four years was the greatest loss of life caused by human action in recorded history. The debate is whether it was a deliberate act or just a terrible incompetance - either way something to live down.

Chinese living outside of China can compare standards of living in Singapore, Taiwan, South Korea and Japan with their democratic governments and the much lower standard of living in China with its single party dictatorship.

BTW I should mention how impressed I am by the people of China. They have a great past and very probably a great future - they just deserve an honest representative government now. I'll also admit that if I was forced to share a meal with one leader I would pick Xi over Trump or Putin.

Really?
One faux pas and you would disappear and the news would be that you are being investigated for graft.

Definitely do not wear that Poo Bear T-shirt, it is a bit of a touchy subject.

We shouldn't mock China, that's racist. We shouldn't trust China, that's obvious. One thing they are doing well is let their people go, to populate the rest of the world. We have our half million in NZ. Australia's got their million & growing. And there's still another 50 million in China waiting to get out. These puppet people, as is witnessed by above, are sleepers for the CCCP, awaiting the call to arms. Don't believe Me? that's your call. When CCCP has access to relatives back in China, the puppet people will do anything.