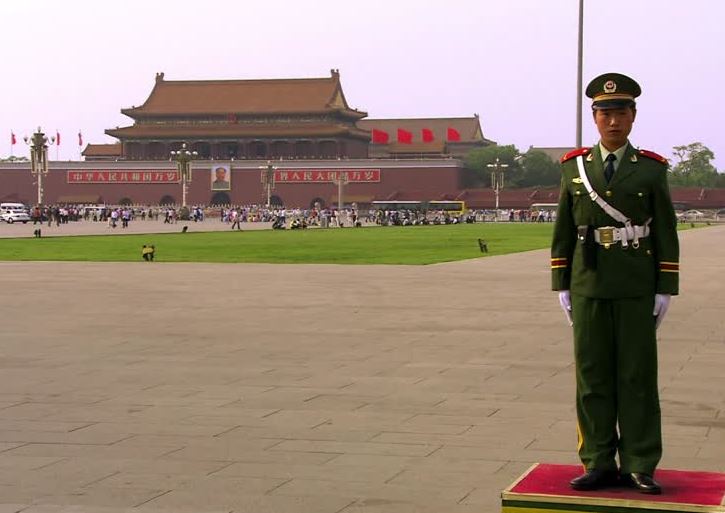 The following press release was issued by the Government Communications Security Bureau, or GCSB, on Friday morning.

“This long-running campaign targeted the intellectual property and commercial data of a number of global managed service providers, some operating in New Zealand,” Director-General of the GCSB Andrew Hampton said.

“This activity is counter to the commitment all APEC economies, including China, made in November 2016. APEC economies agreed they should not conduct or support ICT-enabled theft of intellectual property or other confidential business information, for commercial advantage.

“New Zealand is committed to upholding the rules-based international order, and today joins likeminded partners in expressing that such cyber campaigns are unacceptable.

“We became aware of this campaign in early 2017. Our National Cyber Security Centre (NCSC) issued advice on its website, enabling New Zealand organisations to take steps to protect their networks. We also engaged with New Zealand subsidiaries of the targeted managed service providers to assist in their response.

“The GCSB has worked through a robust attribution process in relation to this campaign. New Zealand attributes cyber incidents where it is in the national interest to do so. Our approach today is consistent with GCSB’s previous attributions of cyber activity.

“Around a third of the serious incidents recorded by the NCSC can be linked to state-sponsored actors. This ongoing activity reinforces the importance of organisations having strong cyber security measures across their supply chain.

“Cyber-security is a team effort and the NCSC encourages organisations to take the time to ensure they have their security settings right,” Mr Hampton said.

The advice issued to MSPs in 2017 is available here

Why does the rest of the world continue to let China pillage IP and technology at will, with no reprisal?
Frankly I am surprised they even had the guts to say it was China. Normally they are too scared of China brandishing it's economic cane and bending us over for a few lashes.

depends.....under GPL there is no pillaging, its free aka the Ubuntu Linux, Apache and Drupal this site runs on.

On top of that what (successful) chinese manufacturers are learning is that because everyone copies each other the only way to stay ahead is innovate fast. ie the problem with IP and copyright is while in the past it made sense these days its abused, used mostly for rentier practices, to block innovation and worse new players and hence competition.

"its china" maybe look at some US news this morning....on the 2 individuals that are being sought.

Because greedy capitalism + democracy is our achilles heel. Short term cycles mean politicians are only worried about the next election. Easily bribed and blackmailed. Slaves to GDP willing to sell future generations resources and replace them with foreigners.

A dictator does not need to care about such things and can play the long game.

They are our enemy - plain and simple.

It is amusing to see that GCSB and spy agencies from other five eye countries make themselves look as clean and innocent as babies.

IT is a game that every country in the world plays. The only difference is that some plays better than others.

You're right, we should adopt some PRC policies. Particulary their immigration policies. There is no way China would ever let their country be flooded by nationals from another country that's much poorer and more corrupt - but that's what we are doing with chinese immigrants.

On your mark, according to NZ's immigration rules, and Immgration NZ's own reports, the recent immigrants from China are younger, healthier, richer, and of higher skills and education levels than local born New Zealanders.

So, I am not sure what your conclusions are based on.

Why are we so worried about this in particular? Every seconds house has a Huawei router from Vodafone or Spark. Sir Rt Hon Jong Kee apparently encouraged companies to use Chinese products.

National Party has a trained spy (Jiang Yang) among their ranks and refuses to fire him. Labour has their very own Raymond Huo. There are tens of thousands of CCP sympathisers in NZ organisations.

In Christchurch they drilled an illegal water bore and continue to employ almost exclusively Chinese people to take millions of bottles of water.

But that is really the tip of the ice berg. Has anyone not noticed they've been exchanging toilet paper currency to accumulate land for at least the last 5 years. Wakey wakey NZ...

The Aussies are grumpy too - https://www.smh.com.au/world/north-america/shocking-outrageous-us-charges-chinese-hackers-for-industrial-scale-theft-20181221-p50nl0.html

This news is 10 years old, maybe more. And the US and Israel have engaged in the same activity. Why should this old headline be regurgitated now?

Too late NZ.
We have already been infiltrated.
We have CCP reps in both main political NZ Parties.
Now there is no way to vote them out.

I'm afraid the above comments are true. We have sold our soul to the Chinese, who will do with us what they want & when they want to. The CCCP sympathisers are everywhere. You're probably living next door to them or they may even work for you. They bully those who stand against them & even in NZ, someone reports something to Beijing every single day of the year - whether we like it or not. It's a bit like Google's rap sheet about me, or Facebook's, even though I'm not a member, They know what you do, when you do it & probably have a theory about why, as well. Big data ay! Don't you just love it?
PS: My guess is that this website is seriously monitored as well.

We sold our souls to Mammon long before we rehypothecated them to China.

Look, the biggest players in global IT espionage are the US.

I'm no fan of China, but this is the pot calling the kettle black.