This year’s anniversaries of the 1919 and 1989 student protests in China will highlight the Chinese authorities’ contradictory attitudes toward the two movements. At some point it will have to reckon with its own history

This year’s anniversaries of the 1919 and 1989 student protests in China will highlight the Chinese authorities’ contradictory attitudes toward the two movements. At some point it will have to reckon with its own history 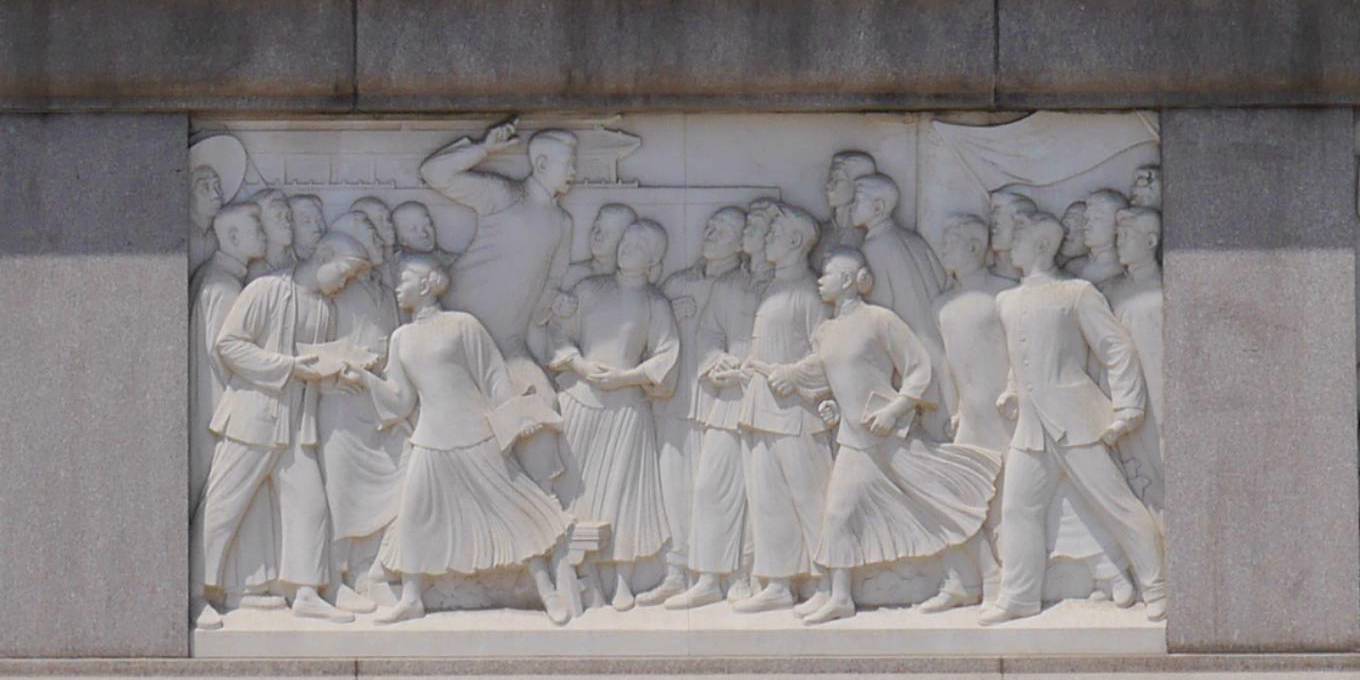 This is a big year for anniversaries in China. On May 4, the People’s Republic will commemorate the centennial of the May Fourth Movement, the student-led protests in front of Beijing’s Tiananmen Gate in 1919 that marked the birth of Chinese nationalism. And then, one month later, on June 4, will come the 30th anniversary of the violent suppression of pro-democracy student protests on the same site. This milestone, by contrast, will not be officially acknowledged, much less commemorated, in China.

The 1919 demonstrations are immortalized in stone on the Monument to the People’s Heroes in Tiananmen Square. Referring to the same ideals of science and democracy, the protesters in 1989 also presented themselves as loyal to the nation. But the 1989 movement ended in what is known outside China as the Tiananmen Square massacre, and within China as the “Tiananmen incident.” The events of three decades ago are a taboo subject in China, scrubbed by the authorities from the Internet and largely unknown to the country’s younger generation.

It is a persistent contradiction that the Chinese state claims the mantle of May 4 while repressing the memory of June 4. The students of 1919 are celebrated as outspoken patriots, in keeping with a long Chinese tradition that places the intellectual in a role of social responsibility. The ideal scholar of imperial times took great risks to speak truth to power, in order to expose official corruption and spur reform.

Monument to the People’s Heroes in Tiananmen Square. Photo by Puck Engman.

University students in the early twentieth century inherited this legacy. In fact, the Communist Party of China (CPC) has its roots in the May Fourth Movement: student periodicals spread Marxist ideas, a Marxist study group was founded at Peking University, and Mao Zedong himself embraced Marxism-Leninism as a student worker in the library.

Because May Fourth has broad and popular resonance in China, the student protesters of 1989 – sporting long hair and blue jeans rather than long gowns and pleated skirts – consciously referred to it. And, like their predecessors, they emphasized their patriotism, pointing out official corruption and the economic inequalities that had resulted from the post-Mao economic reforms.

Yet the Chinese state branded the 1989 Tiananmen protest a “counterrevolutionary riot,” and blamed a handful of conspirators for misleading the people. Despite the world’s attention, the movement ended in a crackdown, followed by official silence and a public amnesia that deepens by the year.

The June 4 anniversary nonetheless remains politically sensitive, and the Chinese state always goes into high alert in the lead-up to it. In what has become an annual ritual, foreign journalists in China are blocked from covering the anniversary – as Louisa Lim, a former BBC and National Public Radio Beijing correspondent, has pointed out.

Since 1989, the CPC has made every effort to bind young people to the Chinese state and its priorities. Children take lessons in “patriotic education,” fidelity is cultivated through the Young Pioneers and the Communist Youth League, and universities have developed elaborate systems to guard against political deviance and reward political loyalty with jobs. To a large extent, such efforts have made Chinese youth apolitical. The May Fourth legacy has effectively been divided, with patriotism cleaved apart from protest.

But the state has not entirely succeeded in coopting China’s students. In 2018, students who support the CPC’s own Marxist ideology became the latest generation of protesters to run afoul of the authorities. Last summer, groups began organizing factory workers in southern China, calling attention to abuses and helping workers to form an independent labor union. Presenting themselves as loyal to Chinese President Xi Jinping, the students launched campaigns in the field and on their university campuses.

The state has detained dozens of them. Videos show Peking University officials attempting to block student organizations, and witnesses have confirmed the disappearance of Marxist student leaders at the hands of plainclothes police.

The irony is that China is repressing leftist students whose words and deeds embody the CPC’s original ideals. Just like the party’s earliest leaders, including Mao, they champion exploited workers and seek to organize them, sometimes even engaging in factory work themselves. As their classes in Marxism and Mao’s writings have taught them to do, they investigate social conditions and question China’s deep inequalities. And, like their May Fourth forebears, today’s young Marxists see themselves as loyal students speaking truth to power.

This year’s anniversaries of the 1919 and 1989 movements will therefore carry particular weight.

The May Fourth legacy is one of patriotism and enlightenment. Born of those claims, Tiananmen in 1989 ended in violence and silence. Foreign observers will doubtless point to the Chinese authorities’ contradictory attitudes toward May 4 and June 4, and conclude that China now has the power to shape its own historical narrative.

But the case of the Marxist students last year highlighted the continued potential for a loyal opposition. As the People’s Republic looks ahead to the 70th anniversary of its founding this October, it must continue to reckon with its own history.

Denise Y. Ho, a professor of history at Yale University, is the author of Curating Revolution: Politics on Display in Mao’s China. Copyright: Project Syndicate, 2019, and published here with permission.

No irony involved, just Stalinism. Useful idiots must be disposed of, if ever they outlive their usefulness. The irony is that China is repressing leftist students whose words and deeds embody the CPC’s original ideals.

Just Stalinism. Yes that sums it up more or less. Lenin, Trotsky & Co just wanted outright power & the doctrines of Marx & Engels were, let’s say a convenient vehicle. If the Soviet Union hadn’t been raised on that basis, one could question whether the Chinese revolution would actually have embraced communism? At the end of the war, all the banners mean nothing, but possession of power means everything.

Too cynical. Stalin, Lenin, Trotsky, John Key, Simon Bridges & Jacinda Ardern all wanted/want power because they believe the can use it to do good; make the world a better place, they got/get corrupted when they attain it.

Amazing that facts like Tiananmen Square can be hidden today.