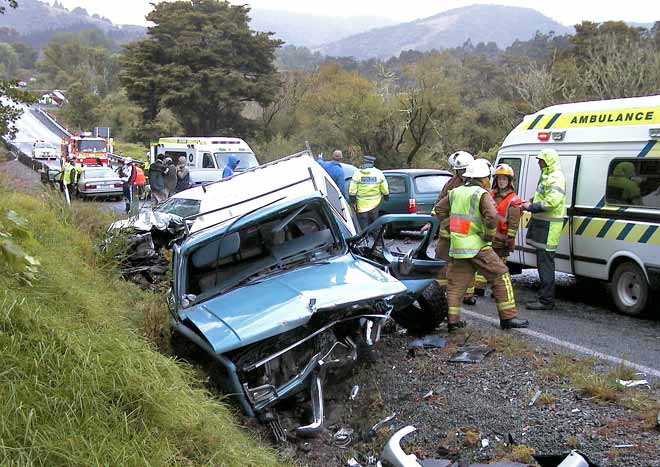 Plans by IAG to get into the vehicle repair business have ruffled feathers amongst panel beaters with an industry body accusing the insurer of anti-competitive practice.

IAG's plan to open a trial smash repair operation in South Auckland isn’t going down too well with those in the panel and paint business. The Collision Repair Association’s (CRA) general manager Neil Pritchard says the move is anti-competitive and signals an erosion of consumer choice and competition in the industry. CRA is an industry body representing qualified panel beaters and other car collision repair tradesman and businesses.

“Even seemingly minor or cosmetic repairs to modern vehicles may have underlying damage to sensitive radar and sensors - requiring specialist expertise and equipment to diagnose and effect suitable repairs - and it is important that motorists have a resolution structure in place which provides a degree of independence in the event of any issues.”

He says the move by IAG is an attempt to become more vertically integrated, is purely profit driven and will be at the expense of consumer choice.

Pritchard says customers may also find their new vehicle warranties are null and void if repairs are not made at an approved repairer. He says while consumers will still have the protection of the Consumer Guarantees Act, facing their insurer in a disputes tribunal is something many motorists wouldn’t want to do.

“It is also unclear what happens if a customer has a poor service interaction with an IAG repair shop - and whether they will be forced to use it again in the future if they remain with that insurer,” he says.

“We’re opening one trial vehicle repair facility in South Auckland and that’s as far as it goes at this stage. There are no plans for anything more than that one facility.”

Jones says IAG hopes to have it up and running by the end of the year. But when asked when he expects the trial to be completed Jones says he doesn’t know.

“It’s just a trial at this stage. We will consider the results of that and whatever action we will take after that,” Jones says. “But the facility will open before the end of the year.”

“But I think they are trying to ensure their customers get good value for money repairs,” Grafton says. “It’s no secret that there are increasing costs for repairs in the motor industry.”

He says with the increasing use of sensors and computers in cars is one factor driving the rising costs.

“Sensors and computers in cars have led to higher costs to recalibrate them," Grafton says. "And it can often mean vehicles have to be relocated to other parts of the country to get repairs done. So if you want to keep insurance costs down you need to control those costs.”

Opponents of the Lumley deal including rival insurers, the Insurance Brokers Association of New Zealand, the Collision Repair Association, the Motor Trade Association, the Bus and Coach Association, and the Rental Vehicle Association told the Commerce Commission of their concerns in submissions at the time. Suncorp, which owns Vero and 68% of AA Insurance, warned IAG buying Lumley would represent "a tipping point" towards an anti-competitive structure in NZ's insurance markets.

IAG New Zealand’s underwriting profit increased by 69% to A$354 million in the year to June 30. For every A$100 IAG’s NZ operations received in net premiums, it paid out A$54 in net claims.

its only anti competitive if all the insurance companies join together to open one repair facility,
at the moment a lot of cars get written off due to cost of repair
I can not see a problem with trying to take control of their repair costs as long as they employ qualified panel beaters of NZ standard and don't import some (because they can not find any at a lower wage)

This is almost like Spark saying that over and above streaming the rugby games via the internet, you now need to buy their proprietary TV’s, locking out any other brand. How can it possibly be a good thing?

It's like building materials suppliers setting up a organization to give official approval to their own systems.

When the insurer is paying the bill for repair, you don't want them opening their own repair shop to do it themselves. How is this not obviously a complete disaster for insurance customers. "Oh we're just opening one as a trial, no big deal..." something tells me next year they'll increase their profits by double digits again, and roll out heaps of these. May their CEO get run over when the wheel falls off a car they repaired in their cheap chop shop.

This isn't really any different than what Southern Cross does with its hospitals etc.

Lol, a trade association complains a non member is going to lower the price for services. Please explain how this is bad for the public...

Where do they say lower prices for customers?

It may be a bold assumption but the existing body shops are going to have less business if this gets up and running and insurers repair inhouse.

This means that the existing shops are going to have to compete more actively for jobs. I don't think it's a stretch to suggest labour rates should come down a bit. It's purely a function of the increase in competition.

I hear all the arguements about large business replacing Kiwi small outfits but I'd argue this business is ripe for some consolidation but it would be preferable if the solution was Kiwi owned.

Fair comment, I'm curious as to what peoples perception of a fair charge out rate should be in todays environment.

Lol! A foreign duopoly, grinds a NZ industry to bits over the last 15 years with controlling & restrictive supply contracts and reduced margins enforced with “take it or leave it” narrative.

Lol! The foreign duopoly, wont let any one supplier get large enough to become a threat to it’s power over customers.

Lol! When the foreign duopoly brings in their foreign mates to vertically integrate they don’t enforce the same restrictive rules on them as they have with all the local suppliers.

Lol! They give their foreign mates guaranteed supply contracts that they have never put on the table with local suppliers despite requests

Lol! How many other NZ industries are in the same boat?

It’s not about the cost of your premium, do you think they will pass that on? Oh like the banks?

It’s about NZ becoming a nation of workers for foreign shareholders.

Shades of Christchurch Earthquake repairing through the specific agency ?

And, to cap it all, the accompanying photo is of a write-off in the making....

No it isn't. a good cut and polish should sort it out.

I'd suggest his associations key concern actually relates to loss of business for his associations members. For them to frame their primary concern in this issue as being about the consumer is simply PR, and pretty transparent at that.

Take your car in for a crash repair, an Indian language school student in breach of their visa will perform the repair and your car will drive round left hand bends all by itself.

The crash repair industry here is like having only corner dairies and no supermarkets. Most other countries have big super efficient operators. These have been around for years. If they had been set up here then there would be no need for IAG to set up their own. Lower costs means lower premiums. The small thinking local industry have only themselves to blame.

"most other countries", would that be countries with cities of say 3, 4, 5+ million people & dozens of large insurers? How many of these other countries have a healthy insurance duopoly at work?
Good to see the corporate propaganda machine is working well.

Your blog is very great and cool. Your wayof working is very amazing. I am very impressed your written style. Thanks for sharing and keep sharing.
Get superb rubber flooring at low price

I have read many blogs but this blog is very great and cool. I appreciate your effort. I am really impressed with your written style. Thank you for sharing very interesting post. Keep it up.
Discount rates tarpaulin covers

Very few people understand the ins and outs of the insurer/repairer relationship.... and hey we all want cheap insurance and who really cares how they do it, until you have a crash..... Then suddenly 'I dont want used parts on my car', 'I dont want some cheap unskilled labourer working on my car', ' Im going away week after next so I want it done before then' 'oh and by the way its only a year old so I wont accept anything other than perfection'.
Todays customer demands all these and yet wants the cheapest insurance premium every time... Comments above highlighted how old fashioned and ripe for consolidation NZs repair market is yet I would encourage them to look at what it costs to insure a vehicle in these developed markets.
NZs premiums are comparatively lower and are facing increasing costs due to technology in modern vehicles , and the other big difference pure numbers... we dont have multiple millions of cars in one area to allow the levels of consolidation seen around the world. In fact we have an insurer owned/consolidator repairer already in NZ with 4+ large facilities around NZ that struggles to receive enough work to run at such a low cost model. IAGs excellent choice of wording 'trial' leaves enough for them to step away when they work out that low cost-low volume does not work... simple economics at play here.... try get anything done cheap in NZ involving a skilled trade, good luck to you !