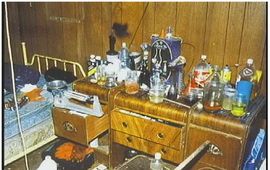 As any property investor knows, their are challenges in finding the right tenant. While a good tenant can maintain a property well and help your investment grow, having the wrong person can cost you a lot of money.

An added risk these days is the growing illicit drug market where rented properties are used for the illicit manufacture of methamphetamine, or 'P'. The processes involved  will contaminate any property, and the clean-up will cost many thousands of dollars to fix.

Can you claim these costs as an insurable loss?

The Insurance and Savings Ombudsman (ISO) has addressed this in an actual complaint they investigated where an insurer had declined a claim on the grounds the damage was both gradual in nature, and the result of malicious activity.

The ISO considered both of these clauses and found in favour of the claimant. You can see the full transcript here.

They also found that while the activity of the tenant was illegal, it was not malicious and therefore the claim could not be declined for malicious damage reasons.

Although in this case the decision was in favour of the policy holder, it will not be the end of the story.

It is expected that insurers will specifically exclude claims for chemical contamination from their policies as they are updated. If not excluded, they may impose a cap on the maximum they will pay for such a claim.

One of the more recent insurance contracts released is the NZI Essence Home policy. Cover for chemical contamination under this policy is specifically provided but is limited to a maximum of $25,000.

You are not covered for any loss or liability in connection with the manufacture, storage, or distribution at the home, of any ‘controlled drug’ as defined in the Misuse of Drugs Act 1975, unless:
1. the home is rented to a tenant, and
2. you, or the person who manages the tenancy on your behalf, has met the landlord obligations.
If both of the above criteria have been met, the most we will pay for any event is:
(a) $25,000 for loss resulting from chemical contamination, or
(b) the amount stated under ‘What We Will Pay’ of Section One (Cover For Your Home) for loss resulting from fire or explosion.
If you have any other policy with us that contains this same ‘Unlawful Substances’ exclusion, the most we will pay for any event under all policies for (a) above is $25,000.

The key is to make sure you know your tenant, and you have an effective review program in place so the property is regularly inspected.

This will help your insurer see that you are taking steps to minimise the risk of such an event happening at your rental property.