Andrew Hooker looks at the perils of taking a cash settlement for earthquake related damage and warns homeowners to think twice before signing on the dotted line.

Andrew Hooker looks at the perils of taking a cash settlement for earthquake related damage and warns homeowners to think twice before signing on the dotted line. 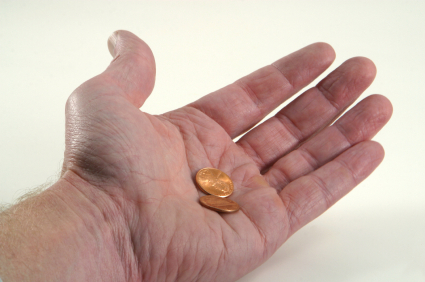 As many of the earthquake claims, commercial and domestic, move into the settlement phase, we see some pretty novel and interesting attempts by insurers to save a dollar.  Most are based on the trade-off between the customer’s desire to take cash and the insurer’s ability to hold out for a repair.

Most policies state that an insurer has an option whether to pay out cash or carry out the repairs.  We all know that actual costs can be way out of proportion to estimated costs in any building project, hence the insurer’s desire to cash settle.  But many seem to want to have their cake and eat it.

A common tactic is to come up with a repair or rebuild cost based on a grossly discounted price available only to the big spending insurers and to offer that in full and final settlement.

Be ware of the double whammy

Of course once you sign the dotted line, you’ll never find a builder who will do it for that price.  This is probably because the price estimates was on “mates rates” available only to the insurer, and in many cases by a builder who knows he or she will never have to do the job.

If you sign the dotted line without getting a second opinion, you’ll almost certainly end up with a shortfall.

But that is not the end of it.  Some insurers then expect a discount in return for a cash settlement. In other words “take the cash as discounted or join the queue for a rebuild sometime in the distant future”.  This is a double whammy.  The estimated price is probably low to start with, and with the discount takes it beyond your reach.

One large insurer is even trying to deduct a use of money discount.  In other words if we pay now rather than in the future we want a discount for giving you the money before we had to.  For a 22 February 2011 claim that’s a bit of a cheek.

The claim should have been settled long ago and it seems like shameless opportunism to seek a discount for paying now rather than later.  But there you go, there’s no limit to the ingenuity of insurance claims people when it comes to cutting your lunch.

Then there are the loss of profits claims.  For those lucky enough to have more than 12 months cover, time is ticking by.  Many policies have cover for what is called increased cost of working.  In other words if you incur reasonable costs to keep the business running and reduce loss of profits, you should be covered for that cost.

People pay good money for this special extension of cover.  But when they try to use it they find the insurer arguing that they can only claim for expenses that directly reduce losses while the insurer is paying.

Isn’t that like paying for a policy that can only ever benefit the insurer?  Why would you bother?  And when you finally think you are getting somewhere after fighting for 18 months, the insurer says that you’ve only got six months more cover and so it’s not worth spending anything anyway.

In the end, time runs out and the insurer claims to be off the hook because they managed to drag the chain for so long your cover ran out.  In the USA such tactics may be classified as Bad Faith and you can sue for huge exemplary damages.  But in New Zealand there is no such rules and the insurers seem to routinely profit from their own inexcusable delays.

Don’t be shy to be the squeaky wheel.  If the insurer is delaying your claim by what seems an unreasonable time, take action, as the delay may be costing you more than a bit of interest on your money.  And if your insurer offers you a cash settlement, be sure that the estimated rebuild price is realistic.  Otherwise you’ll be caught short.

Seems as though insurance companys are rapidly getting a reputation akin to loan sharks and dodgy car salesmen.

Andrew Hooker
I'm curious about your "bad faith" comment. Without going back through the text books I thought bad faith was a cornerstone of "common law" and would thus apply in NZ. Also concerned that you use the phrase that it requires rules to allow it. In other words unless there is an explicit law ruling it in then it's ruled out. A bit like "class action" law in NZ.

Google "bad faith" NZ (NZ pages only) gets a lot of SERPS for lawyers specialising in Bad Faith actions in new zealand.

Bad faith is a tortious cause of action not available in NZ.  The duty of good faith is an old common law duty but ther is no common law flip side in NZ.  In fact the Courts have recently ruled out damages for a breach of good faith in NZ.  Our Courts are very conservative and unlike the USA there are few sanctions for deliberate misconduct except modest damages based on distress etc.  But punitive damages are out in NZ.

There is another clever dodge to be mindful of. That is the is settle at full replacement, but the insurer pays an intial payment to the client of the present value, with the expectation in the insured mind that when the rebuild starts the top up will come.
The insurer is keen for for this as alot of the time, the cash will burn hole in pocket and not there when the building starts.  Effectively allowing the insurer off the hook for the remainder of the cash.

People settleing and getting a progresspayment need to make sure the cash is safe.

Build is completed - total cost $350,000, but because the insured has spent some of the cash on something else ... the insurance company doesn't need to make the $100,000 balance of payment due?

Pretty much, but it in the case of Christchurch it can be far more problematic as people spend their insurance money on rent, or staying alive rather than another peice of captial.
This issue will tend to happen at the start of the re-build process, when the insurer asks the insured.  Remember that $x we gave you.  If you can start paying the first payments and we will handle the later progress payments.
Most of the time the bank should be stepping in to ensure that their loan is paid and the insurded effective ends up spending their equity.

Many of the policies I have seen and especially commercial are on a reimbursment basis, we pay you after you make the progress payment and provide evidence. Many people therefore are dependent on their financial position not materially changing in the interim so they can gain the finance.

Friends of ours from Q'land recently visited and said they have similar horror stories going on over there where people affected by the floods are still living in severely flood damaged properties with continued delays from insurance companies - with a government also unable to sort the matter out.

Can I ask about this scenario. If you owned a large home, and have your EQC settlement, and no Mortgage, could you use you EQC part for something else,  because you intend to build smaller, when the rebuild happens, as all your kids have left home?  Thankyou in advance.

Looking at the accomodation allowance - say $20,000 for an event. If Insurers claim that Sep damage is amalgamated with Feb 2011 because they didn't fix the Sep damage before Feb event. If insurers can benefit from delay then can the insured benefit from loss of amenity due to delay?

Jenée Tibshraeny "To what extent should the public purse be used to de-risk property investment? "