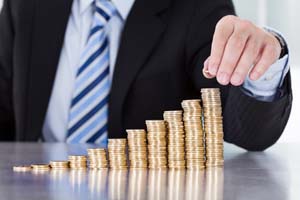 Customers of New Zealand general insurers are getting the least bang for their buck in at least a decade.

Last year general insurers (not life and health) parted with the smallest portion of money they received through premiums, to pay for claims, since at least 2004 (when interest.co.nz started collecting this data).

The latest figures for the year to September 2014 have just been released in the Insurance Council of New Zealand’s 2014 Review.

They reveal insurers paid $60 in claims for every $100 they received in premiums.

Dividing the claims they paid by the premiums they received after deducting commissions and brokerage fees (net earned premiums), gave insurers a net loss ratio of 60%.

So while insurers are receiving more in premiums, they are paying out proportionately less in claims.

Subtracting the amount insurers paid in claims, from the net amount they earned in premiums, shows they made $1.56 billion in 2014.

"There are so many different factors coming into play here."

He says the values of premiums and claims also go up and down depending on the type of insurance.

He can't rule out the possibilities that premium prices have increased and insurers are fine-tuning the wordings of their policies to make it harder for clients to make claims.

"I can't give you a straight answer," he says.

How the picture looks when factoring in rising business costs

Grafton points out business costs have also been increasing since the quakes.

He says, "I'm not close enough to know how insurers are spending their money there. There are a whole bunch of costs.

"There may well have been an increase in staffing levels around the earthquakes, and certainly a lot more people would have been hired."

Despite increased costs around staffing, property and marketing for example, 2014 was still the industry’s most profitable year since 2005.

Note this doesn't take any profits or losses insurers made through other investments into account.

Grafton says it’s important to consider the amount insurers paid for both claims and business costs, as a proportion of net premiums they earned.

Focusing solely on premiums related to earthquake cover and claims arising from earthquakes, the picture is less rosy from the insurance industry’s perspective.

Subtracting the amount insurers paid for quake-related claims, from the net amount they received in quake-related premiums, shows they lost $1.84 billion between 2010 and 2014.

It isn’t possible to accurately factor in business costs related specifically to quake insurance, as this kind of data isn’t available.

Given insurers have been profiting post 2011; they’re making up the shortfall suffered by the quakes in their non-quake-related businesses.

Taking quake-related premiums and claims out of the equation, the insurance industry’s sitting pretty.

In 2014 insurers paid $57 for every $100 they received in premiums. This means their loss ratio is the lowest it has been in at least a decade.

This gain is more than three times larger than the loss they incurred through the quakes.

Breaking this down even further, we can see insurers are making more money from domestic buildings and contents insurance.

This class of insurance made up 28% of the gross written premiums in 2014.

For every $100 insurers received for domestic buildings and contents premiums, they paid $52 for related claims in 2014.

At 52%, this is the lowest portion for this type of insurance in at least a decade.

The loss ratio remained below 63% between 2010 and 2014, and sat between 72% and 84% between 2004 and 2009, meaning a substantially larger portion of insurers' domestic buildings and contents premiums went towards paying claims before the quakes.

Subtracting the amount insurers paid for domestic buildings and contents claims, from the net amount they received for premiums, shows they made $1.97 billion between 2010 and 2014, compared to $702 million between 2005 and 2009.

Commercial and private motor insurance made up the largest portion (29%) of the gross written premiums insurers received in 2014.

Once again, it’s important to note this isn’t profit as such, as business costs specifically related to domestic buildings and contents insurance and motor insurance haven’t been factored into the equation.

This Tim Grafton guy, he's a bit of hoot. Loved those none answers to such simple questions.
Sobering numbers there. I note the piece about not including profits made on investments. The money made on the floats in the last few years will have been massive and in a competitive free market would have helped shift premiums down substantially, but alas that is not the case is it.

You make some very valid points and in particular the central bank funded bloated float related investment returns claim, which remains completely at odds with that earned from honest labour by the citizens in need of insurance cover. Read more

Fabricated money has much to answer for.