Tower puts an extra $20m+ aside for Canterbury quake-related claims, as it struggles to keep up with the increasing cost of the rebuild

Tower puts an extra $20m+ aside for Canterbury quake-related claims, as it struggles to keep up with the increasing cost of the rebuild 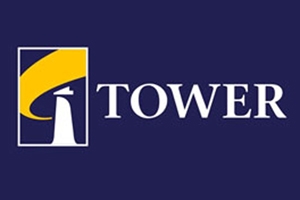 Tower’s planning to increase its provisions for Canterbury earthquake-related claims costs by more than $20 million.

The insurance company made the announcement this morning, as the NZX and ASX lifted the halt on the trading of its shares.

Trading was halted on Wednesday, when the insurer said it was “reviewing its Canterbury provisions and related matters,” as it prepared its financial accounts for the six months ended March 31. These accounts are due to be released on May 26.

In a statement released today, Tower said the Canterbury rebuild is essentially costing it more than it anticipated. Repair and rebuild costs are higher, there are delays on construction, and there are increased costs associated with settling complex claims associated with multi-unit buildings.

The company won’t disclose how much its provisions for quake-related claims are worth, but says it will increase these provisions by between $20.9 million and $22.4 million post-tax.

Looking at the company's financial statements for the year ended September 2014, you can see that a year after the 2011 quakes, Tower estimated its total claims cost was $117 million.

Accountant and insurance commentator, Cameron Preston, says Tower essentially has no money left in its reinsurance kitty, so has to tap into its shareholders’ kitty, to pay for quake-related claims.

Preston says; “Tower’s normal profit this year will be completely eaten up by this Canterbury provision increase, hence the share price falls this morning and trading halt.”

Tower’s share price sat at $2.24 last Friday, dropped to $2.17 when the trading halt was announced on Wednesday, slumped to $2.15 when trading resumed this morning, and picked up to $2.19 this afternoon. Tower’s share price has consistently risen over the year, and is still higher than it was a year ago.

Preston says; “Tower recently [on April 15] bought some special reinsurance [worth $50 million] to try to protect itself from "long tail" losses, however this is not normal reinsurance and will be very expensive.

“I imagine it will have a high excess, as it’s essentially like buying insurance for an accident after the accident happened. This isn’t very cheap.

“But this is a sign of how desperate the company is.”

Tower says it still intends to continue its “capital management programme”, which involves buying $34 million of its own shares. It will reveal more information on this when its accounts are released on May 26.

In spite of all this, Tower doesn’t expect it’ll have to increase its solvency reserves.

Tower held at least $135 million above the solvency level required by the Reserve Bank at the end of the 2014 financial year, and it says it still held about $110 million more than required as at March 31.

It says; “Following review of the company’s unaudited management accounts for the six month period ending 31 March 2015, Tower anticipates its general insurance underlying net profit after tax, which excludes the impacts of the Canterbury earthquakes, will be between $17 million and $18 million.

“The anticipated improved earnings result has been supported by premium rate increases, growth in Pacific earnings and investment earnings, in a benign claims environment.”

EQC buggered them up, by hanging onto claims for 3 plus years then dumping them on the private insurers over the passed 12 months.

There will still be more claims coming Tower's way as well.

Actually I think you will find it was EQC (ergo Govt.) that saved Tower's bacon by drip feeding claims to them over the last 4 years....otherwise they would have been in same position as AMI...its called Corporate Social Welfare...current govt very keen on it, and by the looks of things more corporates will be joining the dole queue soon...

Would have liked to double tap that thumbs up. I really hate being so pessimistic of corporates and this governments deals with them but very few give me reason to think otherwise.

I'm not sure about saving bacon? The logic of saving them by drip feeding claims is lacks logic. It is still a claim and still needs to be paid.
I am however intrigued by a comment in the Tower report saying that 94% of claims are resolved and that the target is 95% by the end of the year. What does that say about their approach to getting the job done quickly! If they are actually at 94% (by volume) then the risk in the remaining 6% must be limited. If they are not at 94% then the risk increases substantially.

Agreed Samson, however by delaying and delaying as they have, claimants eventually have to give in to their low ball cash offers to move on with their lives.

It is a sad situation for those living it. The 94% is counting claims not properties, it is actually 63% if you look at major repair properties not claims - statistics can be easily manipulated: