A Rothbury financial adviser discusses the pros and cons of taking out health insurance when you're young, and suggests a cheaper alternative

Insurance
A Rothbury financial adviser discusses the pros and cons of taking out health insurance when you're young, and suggests a cheaper alternative 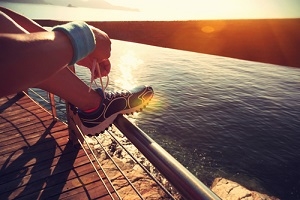 As new products are packaged up and dangled before us as “necessities”, we face the challenge of deciding whether they really warrant yet another direct debit.

I’ll leave you to decide whether you “need” a Netflix subscription or a gym membership, and tackle the tough stuff – health insurance.

The Health Funds Association has just released figures which reveal the number of under-35s taking out health insurance is on the rise in New Zealand.

This is despite those taking out health insurance across all age groups inching back 0.1%.

The association’s acting chief executive, Chris Pentecost, says the increased uptake among young people can possibly be attributed to the popularity of new, low-cost health insurance products aimed at this age group.

Nib for example has launched its ‘Basic EveryDay Cover’, which gives you cover of up to $950 a year, from only $4.95 a week.

Sovereign has also been targeting the younger market by giving away more than $28 million of free life insurance since June, via a Facebook promotion.

But the question remains, do under-35s really need health insurance?

Rothbury Life general manager and Authorised Financial Adviser, Jon O’Connor, says having health insurance is recommended, but there are cheaper alternatives should your budget not stretch that far.

He suggests young people take out trauma cover over health insurance, if they want to be covered for the big stuff but don’t want to pay too much in premiums.

“You’re healthy, you’re young, it’s unlikely anything’s going to happen, but on the off chance it does, let’s have some trauma cover, or some mortgage or income protection, so if you get hit really hard then at least you’ve got something to fall back on”, he says.

While health insurance essentially pays your medical bills, trauma cover provides you with a lump sum, tax-free payment if you suffer a serious illness or condition.

People use the payment for their medical treatment, as well as to maintain a comfortable lifestyle and keep their other bills at bay.

“It gives you a bit of control and a bit of choice”, O’Connor says.

Nonetheless, without health insurance you’ll need to be prepared to pay for doctor’s visits, dentist bills, minor operations, specialist appointments, and so on.

He says the combination of trauma cover and ACC, should cover most young people if anything really major happens to them, or if they suffer an injury.

“We are pro health insurance, but it just depends on your circumstances and how much money you’ve got to spend on personal covers. For those under-35s it’s probably on the wish list and something they’ll get later on in life, as their priorities change and affordability is not so much of an issue,” he says.

Benefits of getting in young

However, O’Connor says there are clear benefits of getting health insurance when you’re young, before you suffer any health problems that insurers will register as pre-existing health conditions and not cover you for.

“If you wait too long, until maybe you’re in your mid-30s, quite often you’ve had a couple of health niggles or injuries, so when you do apply for health insurance they’re going to be exclusions on your policy”, he says.

“Whereas if you do get in younger, when you’ve got nothing wrong with you, then as you get older that type of cover becomes really valuable.”

The employer will most likely pay for the base package, only leaving you with the option of paying for any additional benefits you may like.