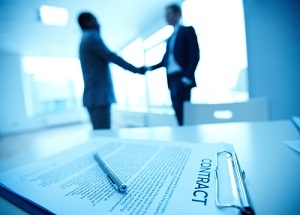 A regulatory shake-up around the way insurers pay the advisers and brokers who sell their products is poised to save insurers money in the short to medium-term, but create uncertainties further down the track.

The Government’s considering following an international trend by restricting or altogether banning insurers from paying advisers/brokers commissions. It has peddled these changes in an issues paper it released in May, on its review of the Financial Advisers Act 2008 and the Financial Service Providers Act 2008.

It concludes insurers could save money in the short to medium-term if restrictions are put in place around the commissions they currently fork out a lot for. However a change to the system could cause “uncertainty to the future operating environment and market dynamics” in the long-run.

“On average, business written through the agent/adviser channel continues to exhibit good operating performance; but the cost of running this distribution model remains very capital intensive due to a high upfront commission structure," A.M. Best says.

While providing intermediaries with strong incentives to sell the products, it says commissions have created ongoing financial challenges for insurers reliant on selling their products through advisers.

They require insurers to have relatively high levels of capital compared to their competitors that sell direct or aren’t as reliant on sales from advisers/agents. Their earnings also tend to be “susceptible to persistency risks”; policies lapsing or clients changing insurers.

A.M. Best says a remuneration structure that is too biased toward upfront payments also increases the likelihood of “churn”; the practice of advisers persuading clients to move from one financial product to another for the purpose of receiving a high up-front commission.

In light of these factors, it says insurers will be better off in the short to medium-term if the New Zealand system is reformed the way the Australian one is being changed.

That is, capping the maximum upfront commission insurers can pay, at 60% of first-year premiums.

A.M. Best’s analysis is also based on the assumptions there’ll be no immediate change to total commissions payable to advisers over the life of a policy, and there’ll be no change to the expected volume and mix of future new business.

“With regard to return on premium, simply shifting the timing of commission payments is expected to leave planned profit margins largely unchanged.”

While A.M. Best believes the changes could strengthen insurers’ balance sheets and operating performances, it expects this impact to be gradual.

It says, “The capital requirement for existing business would remain fixed, and typically new business premiums represent only around one-tenth of annual in-force premiums”.

A.M. Best says there are some uncertainties around this capped commission model looking into the future, as the expected volume and mix of future new business could change.

It says, “A substantial adjustment in upfront commissions could discourage, especially independent financial advisers, from selling life insurance policies. This could lead to a shrink in the pool of advisers actively involved in the distribution of life insurance business in New Zealand.”

It notes we also don’t know how different life insurers will respond to remuneration structure changes. They may do things like broaden their product offerings, adjust their product and pricing features and enhance their services, to hold on to their market position in the new environment.

A.M. Best says insurers may also be incentivised to develop new ways of distributing their products, like selling direct or through partnerships. This could “shift the competitive dynamics” within the sector.

In light of this, it says “Companies with multiple distribution channels would be more immune from such potential future new business risk.

“As for companies that are concentrated on the agent/ adviser sector, it is important that they can formulate an appropriate strategic plan to ensure ongoing capability to maintain their current ratings.”

The Government's considering feedback from 411 organisations, advisers and members of the public on the paper. It will release an “options” paper for further public consultation later this year, and is expected to receive final recommendations on any changes to the Acts next year.

A number of financial advisers have already moved away from commissions, relying solely on fees from clients to keep them afloat.

Those who haven’t adjusted their business models may need to charge clients higher fees to make up for the shortfall if commissions are reduced or banned.

You can read more about the how the proposed changes will affect advisers and brokers here.