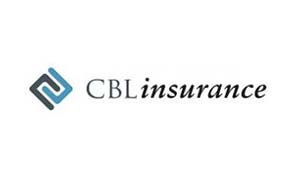 An Auckland-based provider of credit surety and financial risk insurance has its sights set on raising capital, as it prepares to list on the New Zealand and Australian stock exchanges next month.

CBL Corporation has today registered its Product Disclosure Statement with regulators, so it can list on both the New Zealand and Australian sharemarkets.

The share offer is being made to institutional investors in New Zealand, Australia and elsewhere, and to New Zealand retail investors. There's also a priority pool for CBL employees, and "close business associates". Lead managers for the offer are Forsyth Barr and UBS.

CBL's current majority shareholders and senior management want to retain substantial shareholdings, so only intend to sell up to 15% of their shares.

It says the offer is expected to raise between $123 million and $132 million, based on an indicative price range of $1.45 to $1.85 per share, and an implied market capitalisation of between $324 million and $389 million for the company.

CBL chairman, Sir John Wells, says the listing would increase CBL’s profile and broaden its investor base. Money raised in the IPO would largely be used to fund growth, including the acquisition of Australian insurer Assetinsure, and to increase CBL’s regulatory capital capacity.

CBL managing director Peter Harris says the company is concentrating on the building, contracting, and construction sectors, where it has particular expertise.

“As a specialised insurer in a small country, CBL has had to take its products and expertise to international markets to scale up its business, and has become a considerable exporter of financial services”, he says.

CBL’s shares will be priced and allocated on September 17, before trading is expected to start on the NZX Main Board and ASX on October 13.

It’s expected to pay its first dividend in April next year.

It reported a record result for the financial year ended December 2014, with operating profit before tax growing by 38% to $36 million, on gross written premium of about $240 million.