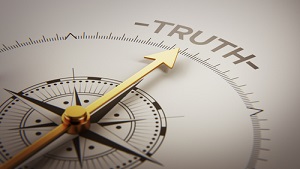 Dust off that moral compass and picture this:

Your iPhone gets stolen from your hotel room while you’re lounging on a beach in Thailand.

You’ve forked out tens of thousands to pay for contents insurance over the past 20 years, never to have made a claim before. You’ve also done what all sensible people do, and taken out travel insurance for your holiday. Do you:

A. Capitalise on the fact your iPhone’s covered under two insurance policies, so make two claims for the one stolen phone. You have after all paid two premiums, so deserve to get your money’s worth, right? Plus your contents and travel insurance are with different providers, so they’ll never know.

B. Milk your misfortune by claiming your laptop was also stolen from the hotel room. It’s a totally plausible story – things get stolen from hotel rooms in Thailand all the time – and what’s an extra $1,500 to a big insurance company anyway?

C. Keep things simple and make one claim for your stolen iPhone.

I have no doubt interest.co.nz readers are good and honest people, so will select option C, but options A and B could be justified couldn’t they?

The reading on your moral compass aside, the manager of New Zealand’s Insurance Claims Register (ICR) Dave Ashton, says there’s no grey area; options A and B are fraudulent and the likelihood of offenders getting caught is going up as technology improves.

Delivering this stark warning to those gathered at the Insurance Council of New Zealand Conference on Wednesday, Ashton explained the ICR is an electronic register that holds a central record of around 90% of the fire and general claims lodged with the major insurance companies in New Zealand.

Companies can access a claims history of a client when underwriting new business and processing claims, for the specific purpose of checking for fraud.

Likelihood of being caught increases with better data mining technology

Ashton warns the consequences of being red-flagged for a seemingly minor insurance fraud offense can be major.

It can see you pay higher premiums and struggle to get insurance, which really becomes an issue if you’d like to take out a mortgage. It can even land you in prison.

What’s more, the ICR just last week upgraded its systems so insurers can better pre-empt, identify and track fraudulent claims. They can access claimants’ details in real time, and use data mining tools to see geographical areas claims are being made from.

The ICR has over seven million records in its database, and is adding about 300,000 to this each year. It has flagged around 8000 claims as potentially fraudulent.

While insurance companies usually shy away from talking about insurance fraud, to avoid making their clients feel judged or challenged, Ashton notes the public are becoming less tolerant towards fraudsters.

He says people are increasingly dobbing in their friends and family for making fraudulent claims, as they recognise insurers are likely to offset losses made to fraud, by hiking premiums for all their customers.

He notes it’s hard to say exactly how much insurance fraud is committed, but estimates it could be between $150m and $250m a year in New Zealand. Internationally it’s thought to be between 10% and 20% of gross written premiums.

Tricks of the trade

- Breaking the ‘moral seal’. People often start making fraudulent claims once they’ve made their first legitimate claim. They realise how easy it is to get their goods replaced, so break that ‘moral seal’ and become repeat offenders, often after years of making no claims at all.

- Non-disclosure: Purposefully denying the fact you’ve had a car accident for example, when taking out a new car insurance policy, in the hope of paying a lower premium.

- Double dipping: making a number of claims on the same loss. Ashton says while people often genuinely believe this is fair, it’s illegal and breaks insurance laws around ‘betterment’.