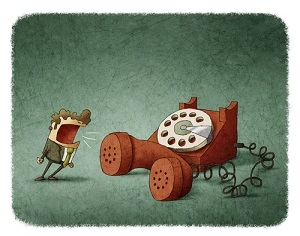 “Please, please stay in touch with your customers. The worst aspect of the last five years has been the long silences. The periods of months at a time where you could get no sensible answer at all.”

This is the plea David Caygill, the former Labour Finance Minister and reviewer of the Insurance Council of New Zealand's new Fair Insurance Code, made to the insurance industry as he reflected on the Canterbury earthquakes at a conference last week.

A quake claimant himself, he explained how he considered the following lessons from the quakes, as he revised the industry-regulated code, which was released in February and will come into effect in January next year:

1. The high level of private insurance held in New Zealand meant the quakes didn’t do as much financial damage as they could have.

2. The overwhelming scale of the disaster exposed the industry’s unpreparedness. Yet to make matters worse, Caygill said some in the industry responded by being defensive.

“I think that is where a lot of damage was done and from that reaction I think it is the case the sector has yet to recover the public’s trust,” he said.

3. The industry was unprepared on a technical level, which caused legal issues when people made multiple claims in relation to successive aftershocks for example.

“Efforts were made to resolve those matters by agreement – in the end that wasn’t possible – and they had to be resolved in court,” Caygill said.

“That is what the courts are there for, but it imposed delay and created the impression that either something was wrong, but also perhaps there might have been an alternative way of resolving the matter. It looked like a failure of process.”

4. While most of the residential work in Christchurch has been completed, the remainder “continues to cast a shadow over the recovery”.

Caygill said, “Those whose homes have been rebuilt or replaced, often can’t enjoy that recovery, while their friends and neighbours are still waiting.

“Lots of people remark about the way in which people in Christchurch grew together and shared this collective experience… well that’s still creating its own tale.

“Those who respond to Cantabrian complaints by making a perfectly fair point that we’re now dealing with a quite small minority of outstanding claims, are making a point which is literally correct, but I’m afraid relatively unpersuasive in the face of that collective experience.”

5. Debatable judgements are still being made.

“In particular, the approach being adopted by some to cash settlements, at least needs more explanation publicly than what it’s receiving. It looks very much like problems are being passed on to future generations,” Caygill said.

“I don’t’ think it’s quite enough to reach an acceptable bargain as between the insurer and the insured… If that bargain doesn’t sit easily in a wider community context, then don’t be surprised if there’s some public spin-off in terms of unease or even distrust.”

6. The earthquakes have identified where there may be an appetite for new insurance products.

Caygill questioned sum-insured, saying, “It feels a little like a transfer of risk to the insurance customer. The market sympathetic economist in me says, if there’s full disclosure of the nature of those risks, where’s the harm?”

He concluded the solution to this may be more insurers giving their customers the option of traditional full replacement cover. He maintained people may be willing to pay higher premiums for this peace of mind.

Caygill also suggested insurers give their customers the opportunity to pay higher premiums to have more freedom to fund any additional upgrades they’d like to make to their properties, while insured rebuilds or repairs were taking place.

He could understand insurers setting limits on the amount of extra work that could be done, but noted there’s an appetite for customers to want to use the opportunity of construction work already being done, to do any additional upgrades at their own expense.

The problem is that the insurance companies have become like the banks, juts looking for ways to rort more profit for less service. The fundamental principles behind the insurance industries includes the probability that sooner or later the major disaster does occur, and a portion of the premiums taken are supposed to be put away for this. Because they haven't done this, taken that and other portions they didn't have to pay out on as profit, they claim they are hurting, and using that excuse as justification to put premiums up. this is a rip off, as is the suggestion for putting up premiums for Total Replacement. How about the Insurance companies just being made more accountable with solid regulation designed to protect the customer, not the company?

A scorpion asks a frog to carry it across a river. The frog hesitates, afraid of being stung, but the scorpion argues that if it did so, they would both drown. Considering this, the frog agrees, but midway across the river the scorpion does indeed sting the frog, dooming them both. When the frog asks the scorpion why, the scorpion replies that it was in its nature to do so

And this is your excuse or justification for their behaviour? They are supposed to be providing a service. While I admit to being an optimist, I would expect that their focus is on that service, not greed and how to make excessive profits. The fundamental principles behind Insurance, that is offsetting risk, and the premiums designed to cover ALL aspects of that risk including the long term ones are core to those fundamentals. If that is not so why do we have to pay such high premiums? Capitalism, in case your head has been in the sand for to long, is becoming less acceptable at a fairly rapid rate and Insurance companies are one of the areas that are the leading reasons why.

I always thought Insurance was about managing risk in a way that creates massive profits for the insurers, the policy holders are just the means to an end.
My father had a life insurance policy that he took out in 1949, he paid %10 of his wages only to find that when the 70's hit, it was worthless due to inflation. Did the insurance companies lose money on their investments and properties over those 20 years? No must have made a killing.

The insurance industry has taken a massive reputational hit over Christchurch. In the wake, as premiums escalate more and more people will just decide not to insure. I'm pretty sure that issue should have been explored in the recent re-consideration of how the Fire Service was funded. I note the outcome of that was not to provide the service with additional funding sources, but rather to provide increased support for its voluntary service. Seems to me that more and more we will see the state retreating from it's wider social service functions with a greater emphasis on charity/voluntary sectors to take up the slack.

You're probably right Kate, but again the question must be asked. We are after all a democracy; what are we paying our taxes for. Rampant socialism and capitalism clearly does not work for our societies. The pollies need to wake up and actually start serving the people not their own personal agendas, aspirations of power, privilege and greed. And more than that, we the people need to get our collective head out of the sand and start holding those pollies more to account for what they are doing! Yes I know, fat chance!

Well done DAVID on some very balanced commentary - much more so than the usual uninformed rhetoric about ChCh.
Collectively the insurance industry fixed approx 175,000 homes and spent >$25bn. Think of any other $25bn project and how long it would take to deliver. Most delays were simply due to someone having to be at the end of a very long queue. That said, insurers did themselves no favours through complicated and infrequent contact to their customers. Nor did they front foot negative media bias - I agree they have a long way back from here.

Insurers have not fixed anything like 175,000 houses. Most claims have been cash settled.

EQC repaired 68,000 odd. Private insurers last year had completed less than 2,500 repairs or rebuilds, I haven't seen current figures but say it's now double that, then 73,000 is the number not 175,000 and the majority of those had cosmetic work only.

@pmb2 If there was a vote down button your comment would get one from me. You must be in the insurance industry to spout so much crap

This dog of an industry can never be trusted to self regulate.
This is well proven over the past 5 years in ChCh as they delay, deny and defend.
These industry strategies have been designed in the US following the Katrina disaster and have become industry standard world wide.
Insurance Co profit taking has moved from premiums to claims.
The Insurance behaviour in ChCh has been a disgrace and is condoned by the current crop of politicians, who to be fair have little power over such a wealthy, threatening and powerful industry.
To see Gerry Brownlee fawning over them at the recent Insurance Council Conference must have made many of their victims feel sick. Personally I am 5 years in and still not close to settling. I will never have Insurance again in my life.A completely untrustworthy industry which should never be trusted.
AMI had over 40% of the Canterbury market and had only $800 million in re-insurance cover. A Ponzi style scheme and allowed to operate due to lack of industry regulation. When claims went above $5 billion, the directors threw their hand up, took their bonuses and went off to Qld to retire leaving you, the tax payer to bail out their loss (fraud?). One can imagine the pressure which the banks holding mortgages on these properties put on the delinquent government which allowed this situation to arise. Hence the AMI tax payer funded bail out.
Have these issues been addressed by this code of conduct? How does the customer know if his insurer has taken enough re-insurance cover?
Be very careful, the major lesson we have all learned in ChCh is that you don't have the insurance cover you think you do.
For the good of all Kiwis involved in the next disaster we must......
REGULATE THE INSURANCE INDUSTRY.

If a small time bookmaker didn't pay out on his bets that he lost he would be slaughtered by the gangs down the pub and his body dumped in the street as a warning to others for much less than what the insurance companies have rorted from the people of Canterbury.. just saying. Caygill is in cloud cuckoo land if he thinks we should pay them more money after being stung and our lives being put on hold for five years while they hold OUR money. Politicians ARE going to suffer at the polls for this .. it is just a matter of when