Insurance sector warns most NZers will be seriously strapped for cash if they get too sick to work; financial literacy expert says insurers should swap 'product-based' approach for 'needs-based' approach

Insurance sector warns most NZers will be seriously strapped for cash if they get too sick to work; financial literacy expert says insurers should swap 'product-based' approach for 'needs-based' approach 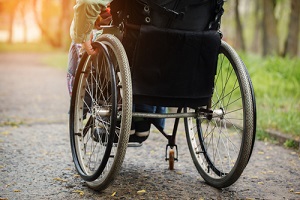 The insurance industry’s sounding the alarm bells, following its latest poll showing just how strapped for cash many New Zealand households will be, if their breadwinner gets sick.

A poll of 2540 people, commissioned by the Financial Services Council (FSC), shows around half (47%) of employed 18-64 year-olds can’t survive for more than a month after using up their sickness and annual leave.

With only 26% of those surveyed having some form of income protection, the remainder will be at the mercy of their family, friends and the Government to keep them afloat if sickness strikes.

What’s more, the poll shows the Government may not be as supportive as many think.

The FSC says the average family needs $683 a week to make up for a main income earner not being able to earn because of sickness, but the maximum Job Seeker Allowance (previously the sickness benefit) available for a family with dependent children, is only $340 a week.

Some people may also qualify for an accommodation supplement to go towards mortgage or rent payments.

But there’s a catch, which the survey results show 51% of 18-64 year-olds are unaware of. If you get sick and your partner earns more than around $30,000 a year, you will be excluded from receiving some, or all of the Job Seeker Allowance.

As for ACC, the survey found one in five New Zealanders wrongly thinks ACC covers all long-term sickness, not just those related to long term workplace exposures.

So essentially, the low uptake of income protection insurance, coupled with the weaker than assumed government safety net available, leaves a number of New Zealanders vulnerable in the event of them getting sick.

The FSC poll shows seven in every eight households struck by serious illness preventing employment for six months or more, didn’t have income protection insurance in place when it happened.

FSC chief executive, Peter Neilson, says coverage of income protection insurance has increased from about 20% in 2010, but remain low compared to the uptake of other types of insurance.

Around 80% of households have a vehicle insured, 70% have home and contents coverage and 60% have their homes insured.

Neilson says this can partly be explained by many people not realising their income, rather than their home, is their most valuable asset.

He says New Zealanders also typically underestimate their likelihood of being off work for a long period caused by sickness.

Survey results show more than 1,000 families a week (54,800 a year) experience a sickness that prevents a main income earner from working for three months or more.

Furthermore, 60% think they have about the same or greater likelihood of being off work long term following an accident rather than following sickness.

In fact for the population as a whole you are 2.2 times more likely to be off work for six months or more from sickness compared with an accident.  For the 18-64 year olds it is 1.8 times more likely.

A financial literacy expert says the life insurance sector needs to change its sales tactics if it wants more New Zealanders to see the value of insuring their lives.

She says insurers have made improvements, but still have a way to go targeting the right products to the right audience.

Furthermore, she recognises income protection can be a hard sell, as the loss of income can be more “invisible” than the loss of a house for example.

The alarm bells here are for the Insurance industry, not the public. The Insurers have been fleecing the public for so long they have got comfortable with it. With the easy money fading away they will have to work for it. And guess what; the average joe might just work out that if they put their own money into their own investment account, they might actually get a better return!

I am not so sure its that profitable. Certianly moving the risk to sum assured is something that is hacking me off and just was not needed.

Around 80% of households have a vehicle insured, 70% have home and contents coverage and 60% have their homes insured.

The more interesting stat - only 60% of respondents have their home insured.

Assuming this was only home-owners that were surveyed - that means 40% of home-owners have not insured. My understanding is that the Fire Service are funded via a levy paid with home insurance. So, effectively I assume that means they provide fire fighting services for 100% of properties, yet 40% of all properties are free-riding on those who do insure?

So 80% have A vehicle? but how many households have more than one car? 60% not house insured is a surprise, I assume they also then have no mortgage?

that would be a huge risk for a mortgage lender to take on the loan with no insurance cover.
if so who are lending this way? which banks?

The title is nonsense, Income is by definition not an Asset

neither is a home, it does not generate income and costs money to run.

An asset doesn't necessarily generate an 'income', rather a flow of future economic benefits. A house is most certainly an asset.

I said a home not a house there is a difference, one you need to live in (home) and costs you money to run
the other (house) can be rented or sold to get a income

Costs you more than renting the exact same house? You're doing it wrong!!! Seriously though, it can be a line call in these days of such low rental yields - another reason they can't last. In general terms, your home (that you live in) is an asset - it provides you with (net) economic benefits (not necessarily 'income').

Disagree. An income stream (your income) is the earnings of an asset (your job).

would take that one stage further, your ability to earn an income is your greatest asset

Accounting 101:
asset = what you have, liability = what you owe at a certain date in a statement of financial position
Income = money you make, expenses money you spend over a given period of time, like a financial year.
Any and every account will agree with me

You disagree, but then you agree, David? Mind-boggling.

At asset is the source of a stream of economic benefits that accrue to the owner, not the stream itself. It would be more appropriate to talk about human capital or earning potential.

A house is an asset - it accrues net economic benefit to it's owner (i.e. if you don't own a house, you must pay someone else for the privilege of using theirs).

Possibly they are a "hard sell" as word has got around that income protection and BI policies result in so many sidesteps by insurers that no one can rely on them at claim time.

I have been thinking that once my Kiwisaver covers the mortgage I will cancel most of my life insurance and divert the premiums either into Kiwisaver or another investment or to pay off the balance of the mortgage. At least I can access Kiwisaver for hardship reasons.

IP is the most expensive and has so many exclusions/waiting period etc, so difficult to claim and benefit from. Not at all customer friendly. Had it and cancelled.

A "good idea" and I suggest you fill the need. You will make a fortune ... Let us know how you get on.

I have a similar policy with ASB that pays me my pre-redundancy income for 6 months. The premiums are exorbitant if you want it to start from the date of redundancy. By adding a 13 week delay before the start of payments they become much more reasonable. (Between unused annual leave, severance pay, kiwisaver hardship withdrawals and most banks offered mortgage repayment holidays one should be able to stay afloat for the 13 weeks - if one manage to stay unemployed for that long)