Cut down on red meat, buy an EV and travel less - especially if you are well off - if you want to reduce your carbon emissions, says Motu researchers

Cut down on red meat, buy an EV and travel less - especially if you are well off - if you want to reduce your carbon emissions, says Motu researchers
25th Nov 15, 5:00am
by Guest 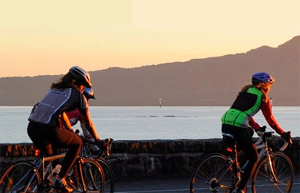 New research has identified where households can make a real difference to their greenhouse gas emissions – and cutting down on red meat and purchasing an electric vehicle are top of the list.

Researchers at Motu Economic and Public Policy Research - a not-for-profit, non-partisan research institute - compared information from the 2006/7 and 2012/13 Household Economic Surveys[1] and found many opportunities for ordinary Kiwis to reduce their impact on climate change.

“A recent nationwide survey showed that while 87 percent of Kiwis have at least some concern about climate change, only 42 percent believe that their actions can make a difference. While most households are taking at least some actions that reduce emissions, the actions they are choosing are not necessarily the ones that will have the biggest emission benefits,” said Suzi Kerr, Senior Fellow at Motu and one of the researchers involved in the project.

“We’re hoping our research will help householders understand the impact of their spending choices and identify the most significant opportunities to mitigate their impact on emissions. Climate change solutions are possible at the individual level and we hope this shows people how to take effective action,” said Suzi Kerr.

“Food, transport, housing, and utilities account for 82 percent of household emissions. Households looking to reduce their emissions should look at what they consume in these categories first, so they can make meaningful change,” said Suzi Kerr.

“People make different life choices that impact on their consumption. If you are in a higher-income bracket you can take a higher-paid job or a more rewarding but lower-paid position; live in a leafy suburb and drive an SUV or live close to work in a lively urban environment and use public transport. I’m not saying we should all be non-driving vegans, but it’s good to understand our impact on emissions,” said Suzi Kerr.

The differences in emissions within income groups are mainly driven by differences in transport choices. The richer, higher-emitting households fly internationally more often. Regardless of income, the households that emit the most drive more.

There is also some difference in diet, with the higher-emitting households eating more meat and dairy than the lower-emitting ones.

The graph below looks at the variation in household emissions for two-person households with the same level of expenditure.

Variation in emissions by household expenditure

Household energy is the way a house is powered – usually by electricity and gas, but also including coal and firewood.

The research also found that, on average, household expenditure and household size and composition are the most important determinants of a household’s emissions. Emissions also tend to increase with household age and tend to be higher in South Island households, possibly because of the colder climate leading to an increase in heating.

“There is, however an ‘Auckland effect’ in international air travel emissions,” said Suzi Kerr. “This is possibly because Auckland has a high population of immigrants who travel overseas more frequently.”

The Motu researchers, Corey Allan, Suzi Kerr and Campbell Will, also discovered New Zealand households are emitting 4.6 percent less greenhouse gas than they used to. This is a fall of approximately one tonne of emissions for an average two-person household that spends $80,000 per year.

“That’s the equivalent of the emissions involved in taking five round trips from Picton to Bluff,” said Suzi Kerr.

Emissions from consumption by individual households may be falling, but due to the rise in New Zealand’s population, the amount of greenhouse gases entering the atmosphere from Kiwi households’ overall consumption is increasing.

“You can, of course, be wealthy and choose not to travel internationally,” said Suzi Kerr. “But we are seeing wealthier households travelling internationally more often.”

Motu researchers have worked with ChewyData and the NZ Herald to compile The Household Climate Action Tool, hosted by NZ Herald Insights. This uses averages of annual spending and household purchases to help people figure out their household’s best choices to reduce emissions. As incomes rise, individual household emissions may also go up.

“The Household Climate Action Tool allows people to see the result of the choices they make and gives them more information about the best ways for their household to save emissions,” said Suzi Kerr.

The report Are we turning a brighter shade of green? The relationship between household characteristics and GHG emissions from consumption in New Zealand by Suzi Kerr, Corey Allan, and Campbell Will was funded through Motu’s programme “Shaping New Zealand’s Low-Emission Future,” supported by the Aotearoa Foundation.

This VW cheating of the emissions/ economy tests is an interesting one. My view is that every car manufacturer will be pushing the boundaries as hard as they possibly can in order to be competitive with the "official" fuel efficiency ratings of other vehicles. Maybe not quite as hard as VW but there are other technologies such as start-stop (which can be turned off I believe), turbos which are tuned not to kick in when accelerating at the relatively leisurely pace of the official test cycle. Unacceptably limp performance when their transmission is set in "eco" mode etc...The end result being that when these vehicles are driven in the real world, they don't come close to their official economy ratings.
I would like there to be a "real world" test cycle whereby the optional "eco" features are turned off and where a bit of hard acceleration is included so that the real world fuel economy/emissions are made known.
Another factor that is definitely not taken into account is that these incredibly tall and ugly SUVs would have absolutely horrendous fuel economy when driving into a stiff Wellington breeze.

Or plant some trees...

I'm seriously carbon negative not just neutral... still I don't believe climate change is going to drown us any time soon... we have feet you know...

So immigration is causing climate change too... yet another reason to stop it...

Perhaps this Motu outfit should balance their own books before telling everybody else about economics.

Their Summary Group Statement of Financial Performance for the Year Ended 30 June 2014 says they run at a loss and their greatest expense by a large margin is personnel.

What a surprise that this.

Which has nothing what so ever to do with the report.

This whole thing has become a religion, which divides ppl into believers and deniers.

Isn't it that suppose to be a scientific subject, which only gather ppl into a single group of truth seekers who relentlessly and repeatedly make assumptions, test them, prove or disprove them, and start this cycle all over again.

It is just amusing to see a claim of 99% of climate scientists agree on this dubious subject. I bet their funding is heavily dependent on their agreement.

No CC is pure science, the Q is whether as a rational person you go with the science, or you deny it and believe in voo doo or something.

"99% of scientists" is based on a world wide review of recent papers and counting each climate change scientist.

It only requires a single observation to disprove your whole theory. It is cruel but it is what science is all about.

Sorry Steven. Does your funding require you to unquestionably believe climate change is mainly caused by human activities?

Indeed, trouble is there is no such verifiable, solid observation/data from a trustworthy source.

I am a tax payer, and someone who can think but especially above all else a parent. So I accept/understand the math and science is correct and given this risk mitigation has to be done or we are extinct as a species inside 200 years.

Have you or Chris J heard of ocean acidification???

Most climate change "scientists" probably couldn't pass a maths test. They're all geographers and other furry scientists...

Check how many physicists and mathematicians think we are going to get 1m sea level rises by the end of the century...

The numbers don't add up. The models are over hyped.

and your level of math is?

Actually most of them are Physicists and PHDs, so Math is actually one of their strong points.

I have heard you are a paid troll Steven!!

That is really insulting and I take umbrage on that comment. However, I do not doubt that paid trolls do exist, sponsored by the Koch brothers and fossil fuel interests.

If anyone was actually serious about cutting down on their carbon emissions they would demand that the size of Government be reduced immediately. I have just printed off hundreds of pieces of paper for GST and Annual account requirements, this doesn't include what we need in our office for our clients records etc....then there are numerous documents for health and safety and other bureaucratic requirements.....millions and millions of tons of carbon needlessly emitted into the atmosphere in compliance every year.........and no one on the left bats an eye lid !!!!!

If you are not in an essential role of food, water or housing production then you are needlessly emitting more carbon than you should!!! How much carbon is actually emitted by people who do not produce one of the essentials in life???

If people are serious about cutting emissions then perhaps they should see whether the lifestyle including their employment is a necessity type that provides basics or whether it is a parasitical type.....in fact emission trading schemes should be based upon whether the business is one that is essential to human survival (food, water, shelter) or parasitical........the former should have an exemption status while the latter should be taxed more otherwise the unproductive are being subsidised !!!