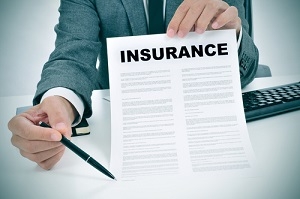 Meanwhile return on equity (RoE) growth is down to 8.4%, from 12.1% in 2014 and 17.3% in 2013. The chief executive of the Insurance Council of New Zealand (ICNZ), Tim Grafton, recognises the general insurance market has softened.

“There is a lot of capital available for insurance globally and that is feeding through to lower rates and therefore impacting on premium growth,” he explains.

“The investment income return for insurers has been subdued globally - and New Zealand’s no exception to that - partially because returns are so low. There are a lot of investors chasing better returns.”

Grafton says investors are putting their capital into global catastrophe insurance, of which New Zealand is a major purchaser due to the natural disaster risks we face.

“Investors globally are looking for what they describe as ‘non correlated returns’. That means that if there’s a global downturn tomorrow, the risk of an earthquake or some other natural catastrophe is not affected by that.

“And so a lot of the likes of US pension funds have sought to invest more heavily in the reinsurance market, and that has flowed through to more capital coming through, and lower rates, and that also brings down the capacity for premium growth in New Zealand.”

Figures from the Bank for International Settlements annual report, show the profitability of insurers around the world is also taking a knock:

Grafton says that in some markets like Japan, long term bond returns are rock bottom.

“When you have a lot of capital available globally, it effects the whole world and feeds through to New Zealand. It’s a question of whether it’s a cyclical thing or a long-term issue.”

While RoE growth inched up in 2015, risk-free investment returns were lower last year at 2.8%.The executive director of the Financial Services Council, Owen Gill, says: “Like all sectors that invest, life insurance is directly affected by the low-rate environment, especially if it continues long-term.

“The challenge for insurers is adjusting to the new normal, which is low rates, globally.”

“I would be careful about drawing firm conclusions about relative performance, based on data like this, and over what is really a short period.

“Some of these markets are more mature than New Zealand, and the specific national demographics (e.g. Japan) will make a difference in life insurance.

“The immediate impact of the GFC, which varied widely between the EU, US, and Australia-New Zealand, is also a factor in the period you are citing. Notably, New Zealand is recovering steadily, post-GFC, with strong net immigration (i.e. growing population, much of it in employment). Other countries are not seeing the same recovery.”

Back to general insurance, Grafton says the Canterbury quake hangover is still casting a shadow over the sector, even though low interest rates had a larger influence on premium and RoE growth last year.

This has been taken into consideration as insurers work towards meeting heightened solvency standards being phased in by the Reserve Bank. They will essentially need to have enough reinsurance to cover a one in 1000-year catastrophic event by next year.

Grafton says insurers’ profitability is also being affected by the strong US dollar which is hiking the cost of imported car parts, and thus motor insurance claims. At $1.6 billion, motor insurance premiums are the sector’s largest.

Competition, caused by new entrants into the market (i.e. Youi and Ando), may have some impact on premium prices. Yet this isn’t significant, as their market share isn’t huge.

Yet Grafton concludes: “There is still a lot of opportunity for premium growth in New Zealand that’s not being fully exploited, particularly in the small to medium enterprise (SME) area.”

He says there are a number of emerging risks - especially when it comes to cyber security - which provide opportunities for insurers to grow their businesses. See this story for more on the cyber insurance.

*This article first appeared in our email for paying subscribers early on Monday morning. See here for more details and how to subscribe.

"This has been taken into consideration as insurers work towards meeting heightened solvency standards being phased in by the Reserve Bank. They will essentially need to have enough reinsurance to cover a one in 1000-Event"

If the insurers are running of out of money, maybe people are best to self-insure and/or take more risk.
Life, car, house, contents, health etc could add up to 5 or 6 thousand or more per year in premiums.